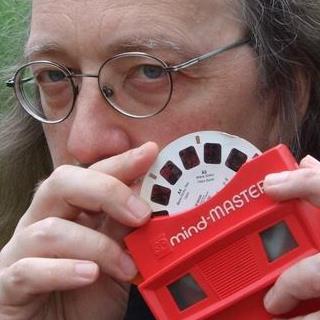 Earlier this year, the organizers of the Trans-State Conference posted videos of some of the presentations from last year’s installment. Here we post Thelemic scholar/author Dr. Richard Kaczynski’s presentation “Transmutation and Transmission of a New Iconography in the Thoth Tarot.” The online description says:

“Dr Kaczynski is an expert in the social psychology of metaphysical beliefs and new religious movements, and is widely known for his biography Perdurabo: The Life of Aleister Crowley.

“Richard Kaczynski is the author of Perdurabo: The Life of Aleister Crowley (2002; rev. exp. ed. 2010)—widely considered the definitive biography of the Great Beast—along with Forgotten Templars: The Untold Origins of Ordo Templi Orientis (2012) and The Billionth Monkey (2015). He has spoken internationally on the creation and cultural impact of the Thoth Tarot, with papers on the subject published in Tarot in Culture (2014), Mathematics in Popular Culture(2012), and Tarosophist International (2009). He maintains the Thoth Sightings web page, which tracks appearances of the Thoth Tarot in popular media including movies, television, graphic novels, and record covers. Richard’s other books include The Weiser Concise Guide to Aleister Crowley (2009), Panic in Detroit: The Magician and the Motor City (2006), and Perdurabo Outtakes (2005), as well as contributions to the anthologies A Rose Veiled in Black (2016), Success Is Your Proof (2015), and Aleister Crowley and Western Esotericism (2012), among others. He has appeared in the television documentaries Secrets of the Occult (2006) and Aleister Crowley: The Beast 666 (2007).”