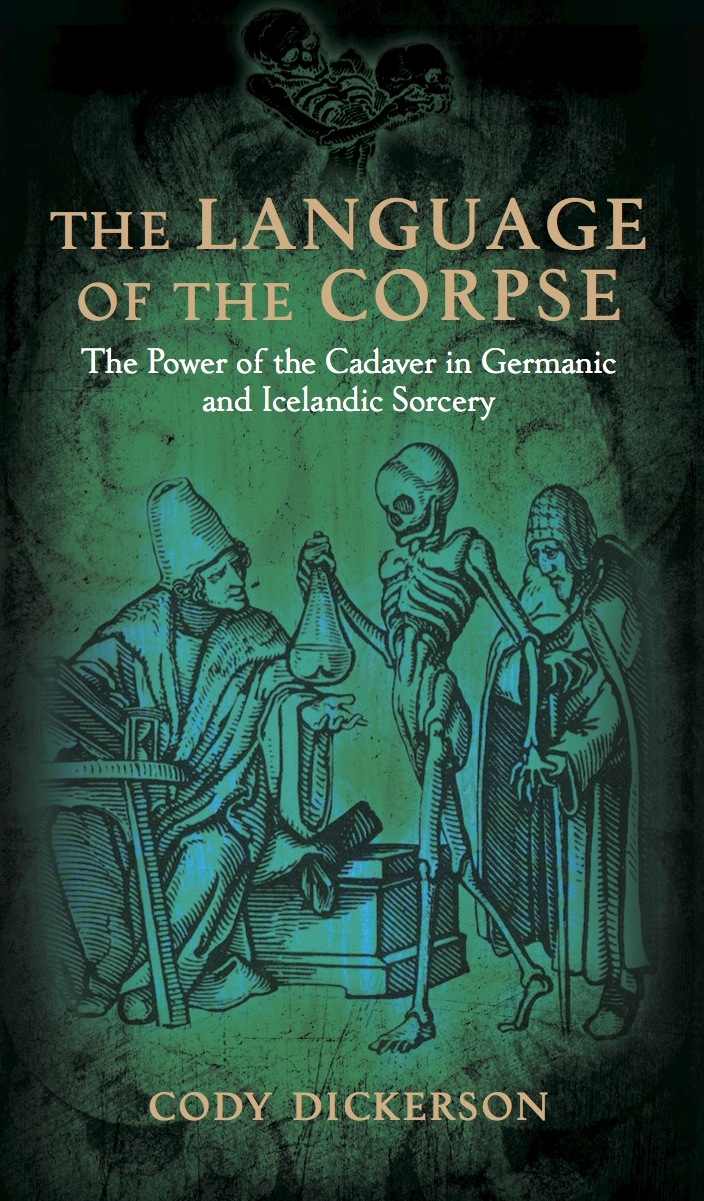 The Cultus Sabbati’s pulishing arm Three Hands Press has announced the August 2016 publication of The Language of the Corpse  by Cody Dickerson. Their description reads thus:

“Among the ancient Germanic peoples there existed a highly developed stream of magical belief and practice devoted to, and stemming directly from, the dead. While it is difficult for the modern mind to understand these beliefs, it was simply an acknowledged matter of fact that a tremendous wellspring of virtuous power dwelt among the physical remains of the once living, be they man or beast, long after the spirit abandons flesh.
“In this book, the author has gathered together disparate elements of faith, folklore and a multitude of fascinating practices related to the dead. In examining ancient and modern materials among the Teutonic peoples of Europe, he distills an understanding of the powerful significance reserved not only for the revenants of the departed, but their physical remains as well.

“From the folk charming traditions of the British Isles to the extravagant ritual sacrifices held in medieval Uppsala, Sweden, the book provides the reader a glimpse into to the core strata of the power of the cadaver, and its subsequent role in the sorcerous practices witnessed amongst the European diaspora.
“The Language of the Corpse will be released August 2016. It will be published in a trade paper edition, a hardcover edition with dust jacket limited to 1,500 copies, and a deluxe edition is limited to twenty-two hand numbered copies quarter-bound in brown goatskin and black and gold marbled paper, with fine endpapers, slipcased and signed by the author. The book is 80 pages in length.”