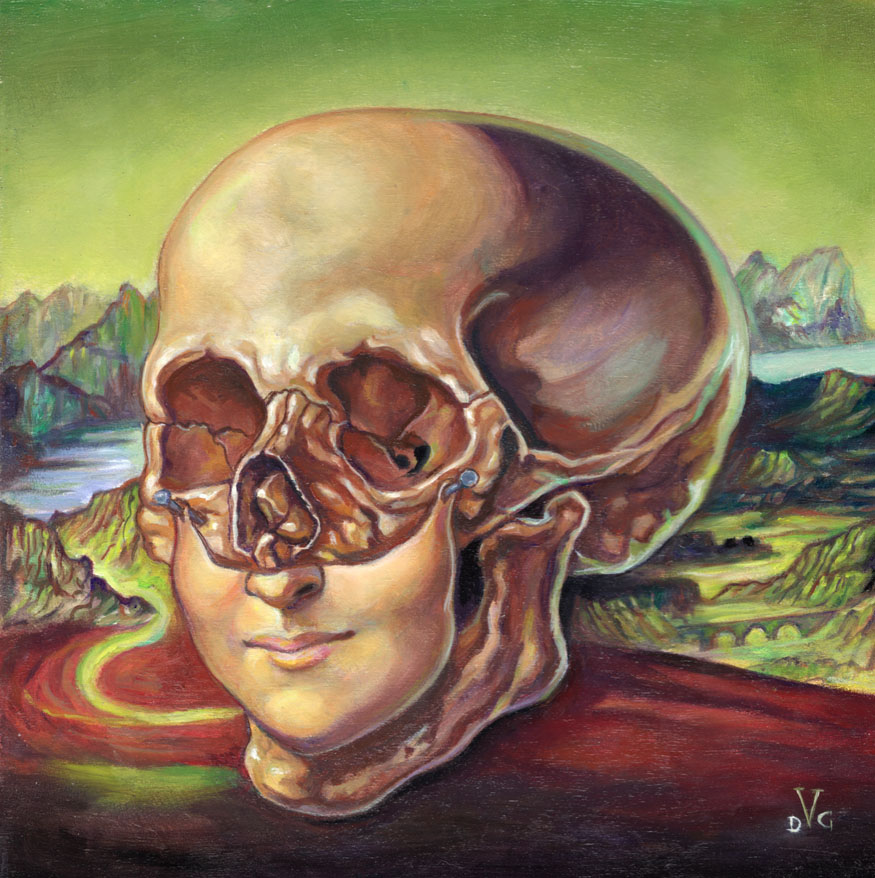 “Using allegory and alchemy to chronicle a heightened sense of mortality, and the madness of the minds subterranean fathoms, his work is an emotional and spiritual excavation for purpose.

“An Honoree Artist of 2010 at the San Diego Art Institute, his work has been hosted in a succession of solo and featured showcases on both sides of the Atlantic, including major exhibits at the Oceanside Museum of Art, Stephen Romano gallery (NY), Bash Contemporary (SF) and Hyaena gallery (LA), as well as being represented by the London based gallery, Macabre. (Full Resume Here)

“More recently, his exhibit- Man/son and the haunting of the American Madonna– has been featured as part of the critically acclaimed documentary Serial Killer Culture by John Borowski, now streaming on Amazon Prime.

Check out online galleries of his work here: http://davidgoughart.com/