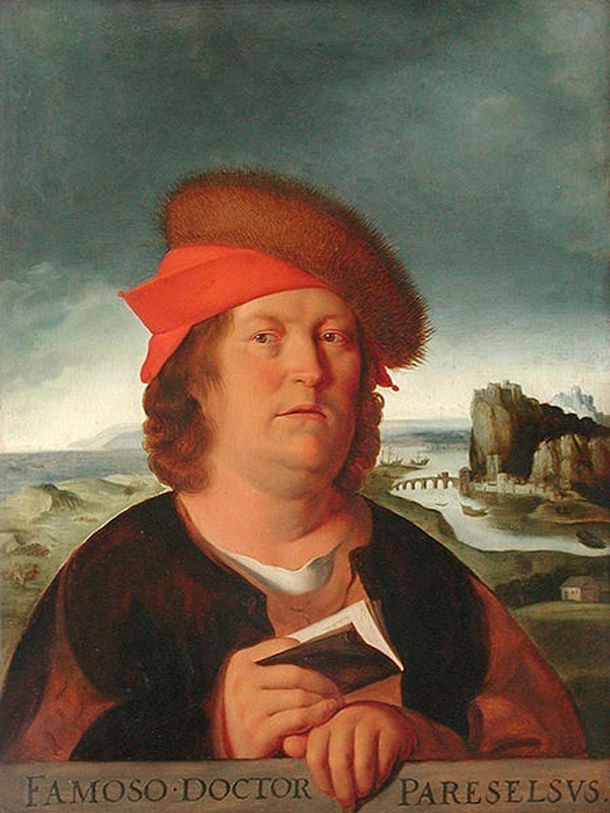 The National Grand Master of Ordo Templi Orientis in the United States, Sabazius X*, commemorating the Great Feast of Gnostic Saint, Paracelsus today with this pronouncement:

Do what thou wilt shall be the whole of the Law.
Today we are celebrating the Greater Feast of Philippus Areolus Theophrastus Bombastus von Hohenheim, under the name Paracelsus Saint of the Ecclesia Gnostica Catholica, who set out for his last eternal journey 480 years ago in Salzburg, few kilometres from the temple of Carl Kellner Camp. Being an alchemist it was Paracelsus’s constant goal to refine ignobles and to contribute to the growth and prosperity of humanity.
His research which contributed significantly to the development of modern medicine and pharmacy and were driven by a deeply-rooted desire for empathy and to help suffering people he called “magic”, even though the most important methods of his science were observation, experiment and study, and he always was a sworn enemy of superstition of any kind.
Theophrastus Bombastus von Hohenheim lies at the St. Sebastian cemetary in Salzburg, and his memorial is the destination of regular visits from siblings of our Camp.
Love is the law, love under will.
https://sabazius.oto-usa.org/paracelsus/
The American Association For the Advancement of Science has an extensive piece on Paracelsus which begins:
“Paracelsus considered himself an alchemist, however his ideas on poison led to the introduction of chemistry into medicine in the sixteenth century. Although he was not fully appreciated until his death, medicine would be a different field without his contributions. His ideas were even used to cure Louis XIV.

“Philippus Aureolus Theophrastus Bombastus von Hohenheim (1493-1541), who called himself Paracelsus, is the man who pioneered the use of minerals and other chemicals in medicine. Mercury, lead, arsenic and antimony—poisons to most—were cures in his view. “In all things there is a poison, and there is nothing without a poison. It depends only upon the dose whether a poison is poison or not…” Although most of his prescriptions have fallen out of favor, arsenic is still used to kill certain parasites. Antimony was used as a purgative and gained much popularity after it was used to cure Louis XIV.

“Paracelsus is also given credit for the invention of laudanum, or tincture of opium. He understood that opium was more soluble in alcohol. Laudanum was a major part of the pharmacopeia into the twentieth century. It was a common drug of abuse during the Victorian era; the English writer Wilkie Collins was a well-known addict. ”