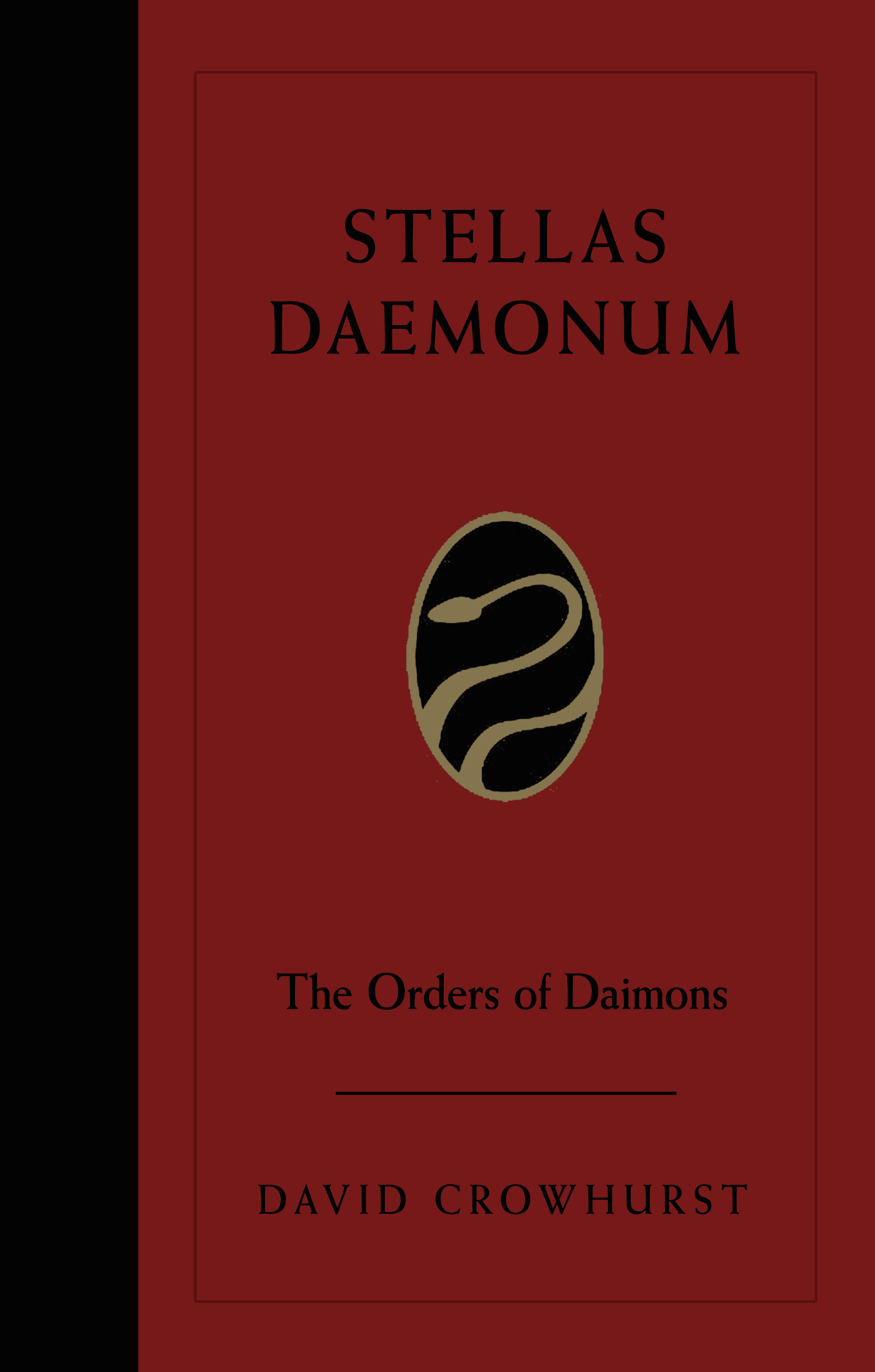 Red Wheel/Weiser has announced the November 1 publication of David Crowhurst’s Stellas Daemonum. According to the publisher’s description, this book offers”

“an in-depth analysis of the spirits that appear in several late medieval and early modern grimoires. The book unravels these texts’ mythical, etymological, magical, and religious meanings, and draws out their astrological correspondences. It’s an exploration of the 93 spirits or “star demons” as revealed in the medieval grimoires and classical esoteric texts, and their correspondences in magic and astrology.

“The author shows how the spirit entities featured in these Goetic grimoires can be best understood by studying the celestial nature apparent in the ancient concept of the daimon and through an extensive study of 93 of spirits featured in medieval and renaissance texts. The book also explores how traditional Judeo-Christian religion ultimately demonised such expressions due to their polytheistic roots and made punishable by death any attempts to reconnect with them.

“The nature of this work is strongly influenced by the author’s own magical practices, but its presentation does not resort to subjective or personal experiences, having a style that is more formal and research-based.

“David Crowhurst lives with his wife in London, England. He formed his deep interest in religion, mythology, and the mysteries of the stars in his homeland of Wales. After experiencing the effectiveness of magical remedies passed down by family members, he became fascinated with the mechanics of magic and dedicated his life to its practice and study. He is a member of the Ordo Templi Orientis, is an aspirant to the A∴A∴, and has a particular passion for astrology and the ancient pagan religions of Europe and the Near East.”