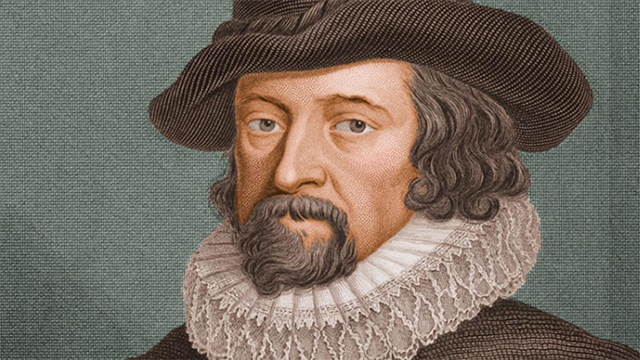 Next Tuesday, April 9, is the Feast of Saint Francis Bacon, Lord Verulam. Britannica describes Bacon as:

A lawyer, statesman, philosopher, and master of the English tongue, he is remembered in literary terms for the sharp worldly wisdom of a few dozen essays; by students of constitutional history for his power as a speaker in Parliament and in famous trials and as James I’s lord chancellor; and intellectually as a man who claimed all knowledge as his province and, after a magisterial survey, urgently advocated new ways by which man might establish a legitimate command over nature for the relief of his estate.

The Rosicrucian organisation AMORC claims that Bacon was the Imperator of the Rosicrucian Order in both England and the European continent, and would have directed it during his lifetime. Some scholars believe him to be the author of some or all of the works of William Shakespeare.

Author John Aubrey says that Bacon died of pneumonia, which he contracted while experimenting with the effects of freezing on meat. The story goes that he stuffed a fowl with snow and caught a chill at that time. In honor of this culinary experiment, here is a recipe that you might enjoy as part of his feast.