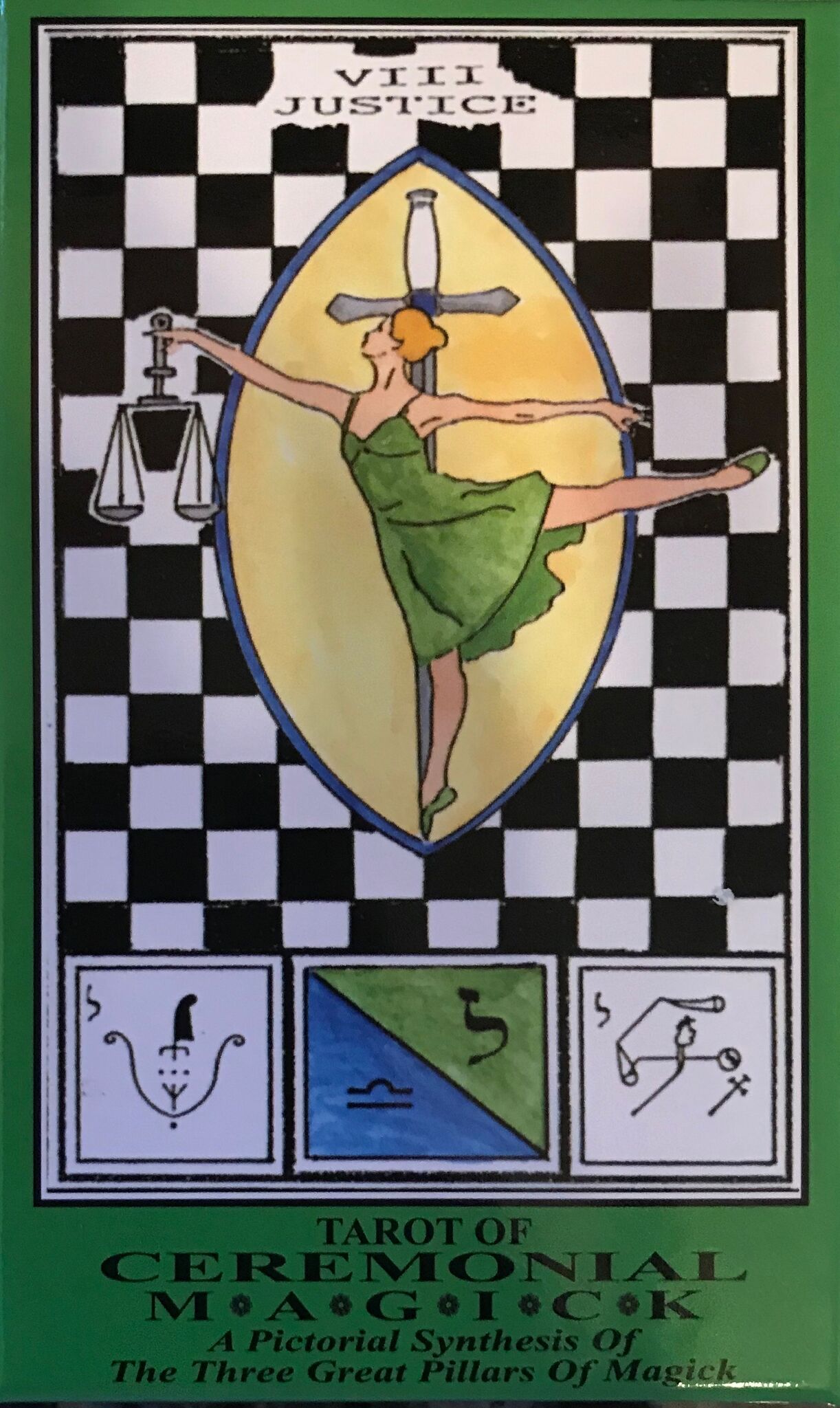 Lon Milo DuQuette’s Tarot of Ceremonial Magick is now back in print thanks to the folks at Magical Omaha.

“This is not another novelty Tarot deck. In fact, it recaptures the true magical tradition of the Tarot as few decks have ever done. I have to admit that it isn’t as pretty as the Crowley/Harris Thoth Deck or the Cicero’s Golden Dawn Ritual Tarot, but it has something more than either of these classics … in your face Magick!

“The four Elemental Tablets of the Enochian system of John Dee adorn the Aces – with the Aces and Court Cards you can construct the powerful Enochian Tablet of Union. The Small Cards bear the names and sigils of all 72 Spirits of the Goetia, and the names of the 72 Qabalistic Angels of the Shemhamaphorash, and the degrees of the zodiac and days of the year sacred to these spirits. Want to astrally project into the elemental worlds? The Aces and Court Cards display colored tattwa meditation symbols used for that very purpose.

“DuQuette didn’t just throw this stuff on some cards and call it Tarot. It’s all based on traditional magical correspondences….even the colors, are organized with anal-retentive perfection in strict conformity to the most-revered magical and qabalistic traditions concerning the Tarot.

“The accompanying book is filled with all the technical information necessary to actually begin practicing Qabalistic, Enochian, and Goetic magick. The first question I had to ask myself after reading it was…’Am I ready for this?'”