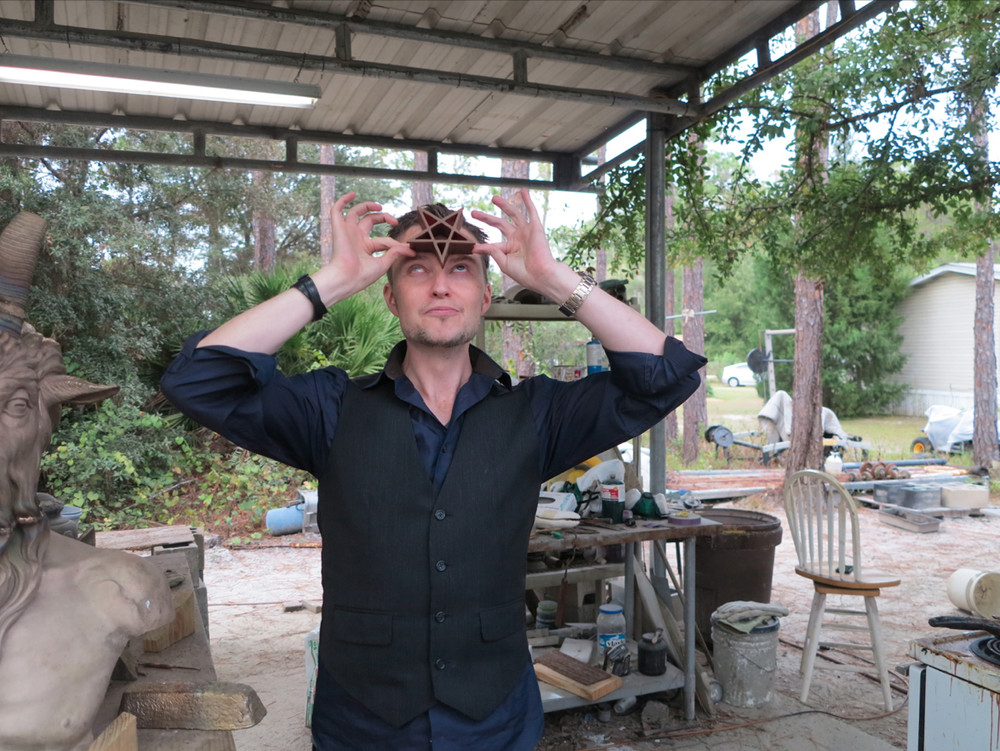 “It was recently brought to the attention of The Satanic Temple that a snippet from a 15-year old “Might is Right” radio show featuring our co-founder Lucien Greaves (aka Doug Mesner) is being widely distributed via social media.
This podcast was recorded in 2003, well over a decade before the creation of The Satanic Temple (TST), as part of a 24-hour radio show featuring Lucien which covered a broad range of topics, music, and interviews with various subversive personalities of the time. In the clip, Lucien disparages Jewish religious practices in a manner that the organization and Lucien acknowledge as both inappropriate and unfortunate.
We wish to make the following facts known regarding this audio clip and any other related claims:
As to the statements expressed at issue, our co-founder, Lucien, wishes to communicate the following:
“Even as I may be defending myself against what that material was NOT, I still must admit that I today do not agree with my opinions expressed then in any way. To me, back then, I was speaking of people who would take, say, Leviticus literally and try to impose its laws upon the world. I grew up as ignorant white trash in a deeply divided and violent area which heavily affected my world view. At the time of this recording, while still in my early twenties, I thought that the triumph of Laveyan Satanism was that it de-racialized a “survival of the fittest” productive, merit-based social darwinism. I used to hold the position that religious superstition shouldn’t be “normalized” as I saw it as such a problematic force in the world. My assumption then was that if we scoffed at such expressions openly, those expressing such things might think about their superstitions more clearly and abandon them. The founding of TST was ultimately a refutation of that viewpoint, a product of my complete removal from that mode of thinking. To me, there were “the religious,” and they were the majority, and then there were the beleaguered nonreligious who suffered from the dogmatic impositions of the religious. I would speak of superstitions in equally dismissive terms with unfortunate lack of concern, due to no real understanding, of familial/cultural attachments, or the effect of such rhetoric upon minority religious groups. I was an ignorant kid with a lot of outrage and a big idiot mouth that received just as many threats to my life by Nazis as I do today. TST will always be for anybody, of any background, who identifies with the values we espouse, and today, you can count on me to vigorously defend any religious group’s right to equal representation and expression anywhere.”
As Satanists who are members of the Satanic Temple, we recognize the relevance of our Sixth Tenet in this matter: “People are fallible. If one makes a mistake, one should do one’s best to rectify it and resolve any harm that might have been caused.”
We ask our friends and foes alike to recognize that people do change their opinions over the course of 15 years, and Lucien Greaves is no exception. The Satanic Temple would like to formally apologize for any harm caused by the statements made in the audio clip. Our organization, its members, and all levels of leadership remain committed to the spirit of equality and compassion in Satanism and reject all forms of bigotry, hatred, and activity that conflicts with our community values and tenets.
Ave Satanas,”