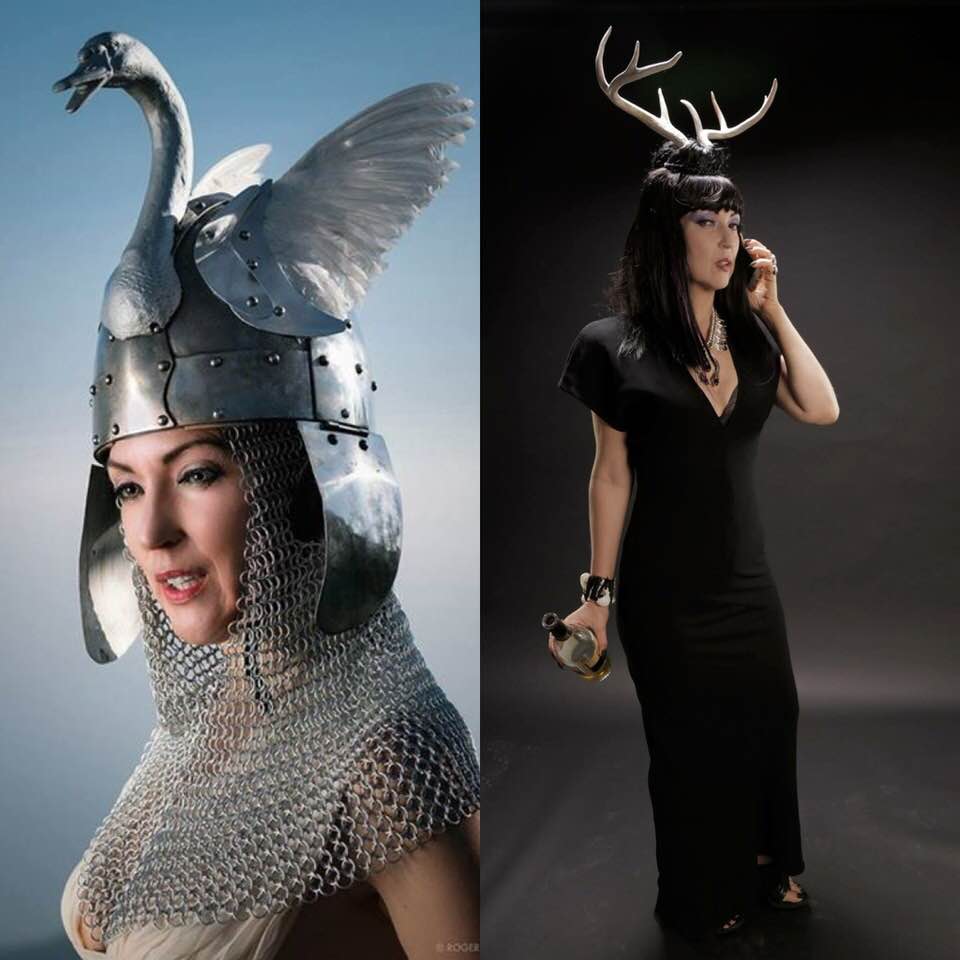 Volge Saga, Silenced is a 24 hour projected performance video installation by Monet Clark. it is being staged at ATA Window Gallery on Valencia Street in San Francisco starting Friday November 15, 12 noon. Monet’s website hosts an explanation of the ideology behind this installation:

“The VöLVA SAGA series was born out of a desire to elucidate the connection between commonly held biases and valuations in mainstream western thought and environmental destruction, racism, misogyny and the abuse of animals. With humorous superhero-like and model-esque characters and costuming, VöLVA SAGA draws inspiration from cultures which exhibit different traditional valuations than our own, both past and present and of all races. I will comically portray archetypical yet oft marginalized and shunned female characters, who embody current American and western cultural aversions and taboos. Through them I draw parallels between a divergent set of problems, which according to VöLVA SAGA stem from cultural tendencies to exult certain attributes and marginalize their opposites, and a tendency to separate parts from the whole. VöLVA SAGA poses that the resultant cultural imbalance in turn has created a global imbalance, commonly referred to as global warming and global climate change.

“VöLVA SAGA points towards the many problematic results of this imbalanced cultural mindset: an over-exploitation of the Earth without cognizance or regard for how damaging parts affects the whole biosphere; a medical ideology which treats symptoms versus treating causes of disease, uses force versus working with whole systems of the body, separates mind and body, and treats parts without consideration of the effects to the whole body; the lack of consideration as to the collateral damage caused by monoculture agricultural practices, which forces nature to conform, destroys bio-diversity, and through the spraying of pesticides targeting specific insects, ends up poisoning and killing many other species including the vitally important bees needed for pollinating our food supply; factory farming which forces sentient animals into unethical and torturous practices which not only causes immense suffering and stress, but also results in unhealthy food laced with stress hormones and other unhealthy chemicals; the dismissal of indigenous perspectives in part for understanding and valuing things ridiculed and not understood in the mainstream western viewpoint; in the vulnerability of male bodied individuals who dress and/or exhibit qualities which are considered feminine; and etc. We see this mindset playing a role in the vulnerability of women in the Burning Times and in present time in the vulnerability of women, trans people, the indigenous, nature, animals, and bees, etc. now in present time, and as we face extinction the vulnerability of us all. VöLVA SAGA suggests that it is problematic to highly esteem linear, logical and rational thought processes; detachment; the conscious mind; conquering, destruction and force; hardness; the physical and the visible world; the external; and the fast paced, when the opposite attributes are dismissed, devalued and ridiculed. VöLVA SAGA asks us to notice our attitudes towards non-linear and intuitive methods of data gathering; the emotional; the subconscious; nurturing, healing and yielding; softness; the spiritual, the mystical, the energetic, and the invisible world; the internal; and that which is still, and to consider developing an equal valuation of these attributes to their counterparts.

“The former listed attributes are categorized as Yang masculine principals in Chinese mystical Taoist philosophy. Yang also includes heat, dryness and fire. The attributes on the latter list are considered Yin feminine principals, which also include cooling, moistness and water. VöLVA SAGA points out that the Yin attributes which have been traditionally tethered to women and then readily devalued in our current western view, in actuality can and have been embodied by all genders. For instance there been many male shamans who intuited prophecies, and there have been many female warriors who have exhibited force. Likewise the Taoist philosophical symbol for Yin and Yang reminds us that both qualities are a part of each other, and are parts of the same whole.”