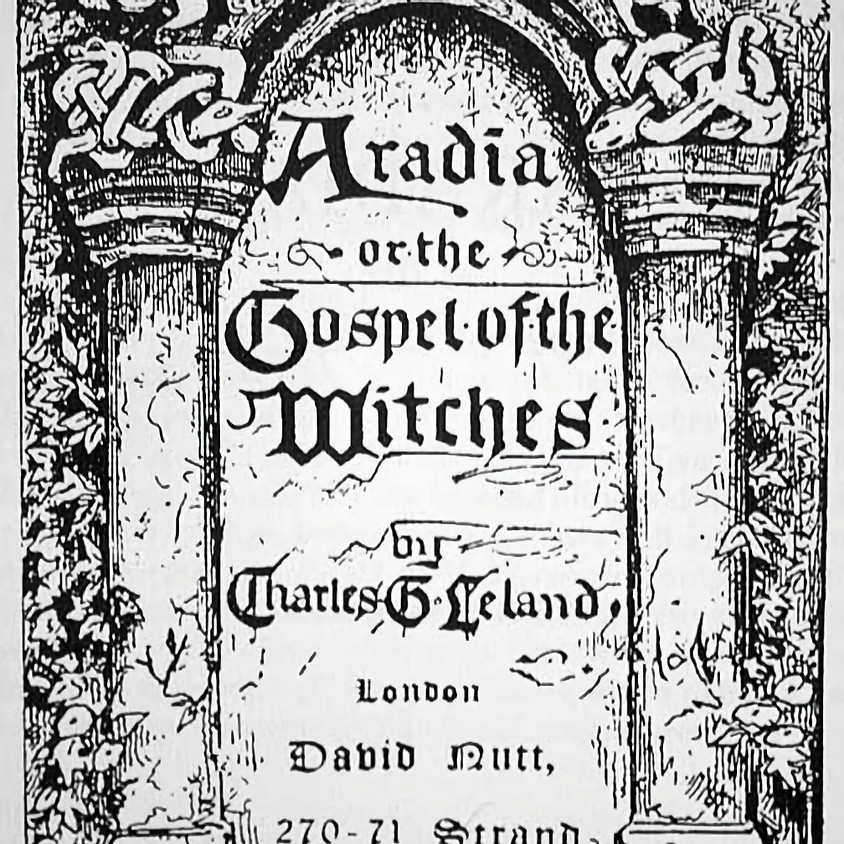 Treadwells bookstore in London will be hosting an online workshop by Suzanne Corbie’s on the magic and lore contained in  Charles Leland’s 1899 tale of a secret Italian witch cult, Aradia, The Gospel of the Witches  on August 25 at 7PM – 9PM BST. I’ll note that Leland’s folklore collection formed the original core of the holdings of the institution that became the iconic Philadelphia Art Museum. Treadwell’s website says:

Charles Leland’s 1899 classic Aradia, The Gospel of the Witches is an exuberant, alluring Italian text whose goddess passages have influenced modern Wiccan ideas. It also includes spells, incantations, myths and invocations allegedly from the strega tradition, and these certainly come from Italian folk magic practices of the time. Suzanne Corbie will be examining several of these, analysing them closely and showing how participants can bring updated versions of them into their personal practice.

Suzanne Corbie has been engaged in esoteric and folkloric traditions for more than four decades. For the last twenty years, she has lectured and taught on tarot and witchcraft, in person and online, nationally and internationally. She is a longstanding Wiccan priestess, and she also holds a Master’s degree in ‘Myth, Cosmology & the Sacred’. She now spends most of her time as an independent researcher and teacher. Website: suzannecorbie.co.uk

First opening its doors in 2003 at a small shopfront in Covent Garden, Treadwell’s has flourished under the direction of it’s founder and guiding spirit, Dr Christina Oakley-Harrington. It has grown in reputation and size, so much so that it relocated to Bloomsbury in 2011, just around the corner from the British Museum.

​Treadwells has always been a collective of friends and colleagues of common purpose. From the first day, friends have donated expertise, resources, old furniture and valuable advice.

In less that two decades Treadwell’s has become the beating heart of modern esoteric study. It offers a carefully curated selection of both old and new books; all are chosen with the experienced occultist, the curious academic, and the young student in mind.

​The Treadwell’s lecture series is internationally recognised as having some of the finest modern speakers and true experts in the their field. Lecture evenings at Treadwell’s are a highlight for many of our guests, who always enjoy the friendly conversations at the social which follows. Thanks to many people, we have become the centre around which the London occult community orbits.