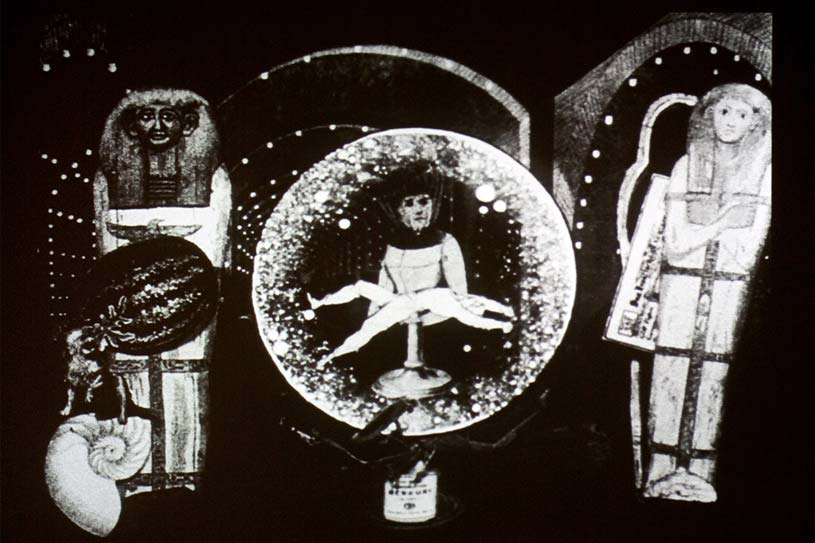 Seems like everyone is trying to work out what the Occult Art Explosion in NY is all about?

Strange Magic: Why occult-based art is about to cross your radar (if it hasn’t already)

“This week, NYU’s WSE80 Gallery, next to Washington Square Park (Manhattan), debuted its newest exhibition: Language of the Birds: Occult and Art; last month the Stephen Romano Gallery (in Brooklyn) opened Hieroglyphica, a group show of contemporary occultic art; and next week the Folk Art Museum (Upper West Side) hosts Mystery and Benevolence: Masonic and Odd Fellows Folk Art from the Kendra and Allan Daniel Collection.

All over New York City—from fine art to street art, to alternative comics, even advertising—magic and the occult are de riguer. The trend (if it can be called that) has been little cogitated by the mainstream art critics; yet in outlying circles (read: beyond the high-brow galleries of Chelsea and the Lower East Side), the proliferation of pyramids, cryptograms, all-seeing eyeballs, and shamanistic visions is difficult to deny. The reason for this upsurge is harder to pin down.

The Language of Birds show—curated by writer/historian Pam Grossman—attempts to clarify the situation. It features over fifty artists, whose eclectic work spans more than a hundred years. Grossman has categorized them by theme: works in Gallery One explore the concept of the cosmos; Gallery Two touches spirits and ghosts; Three represents visual wizardry and homages to magic-making, including a self-portrait by the controversial British occultist Aleister Crowley. Gallery Four is intended as an active altar-space, honoring occult/surrealist forebears Kurt Seligmann and Enrico Donati, while Five exhibits artworks that were intended as actual magical spells.”

read full article from ‘Night Flight’ here : Strange Magic: Why occult-based art is about to cross your radar (if it hasn’t already)