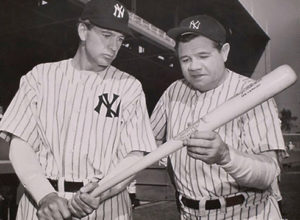 This past Fall,  Lita-Luise Chappell published a new book, Sticks and Balls: A Sexologist Pokes Fun at Sports. Her website contains the following description:

“An informative and entertaining reference guide that explores the relationship between sports and sex, most especially in thirty-five stick and ball sports. Within is an introduction to each sport, a detailed description of the sticks and balls used, and a very specialized list of real terms that abound with sexual innuendo and slang. Sports and sexuality prove to be curious and fascinating bedfellows.”

Here’s part of an interview with Lita posted at her site: