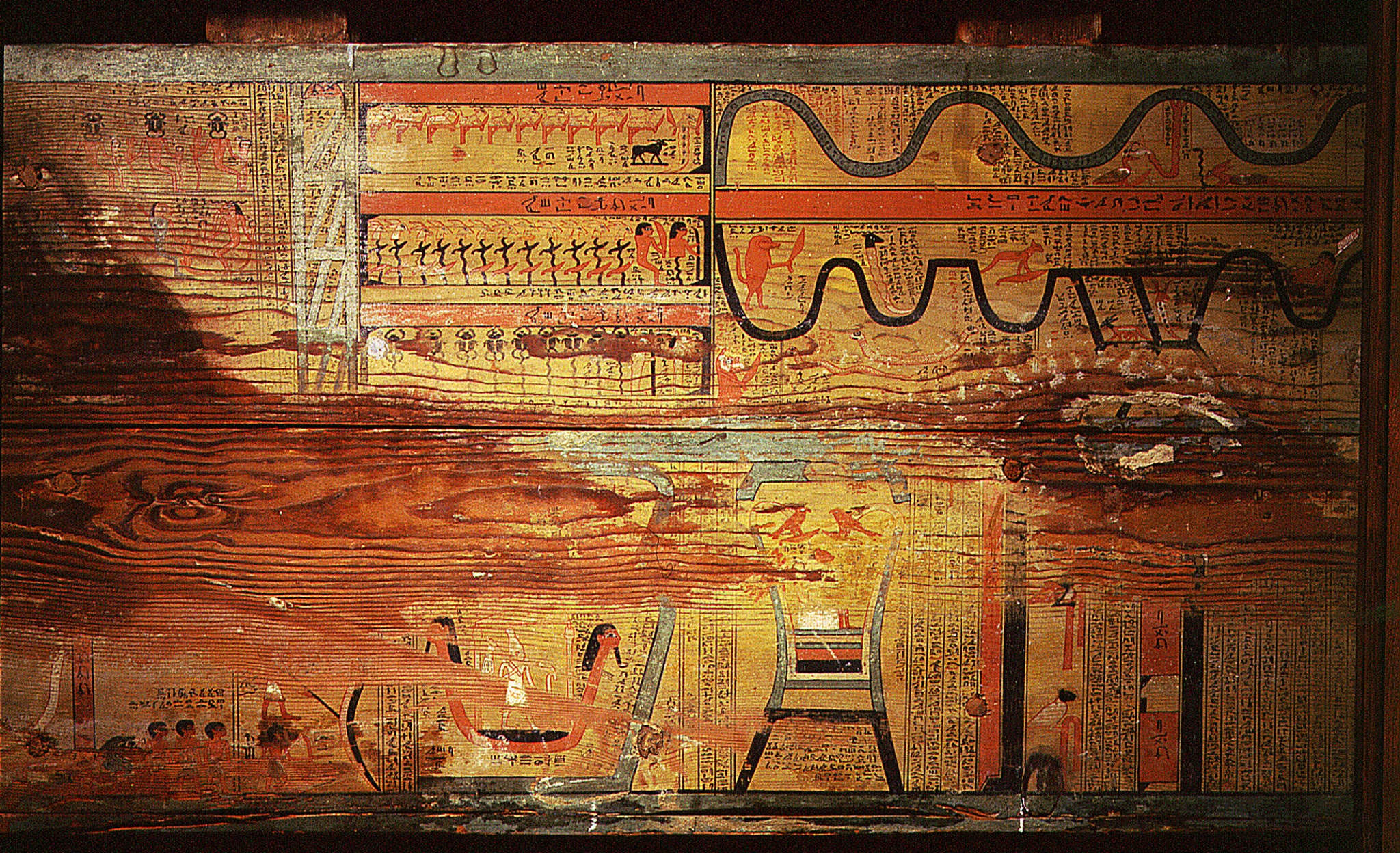 Last month, the New York Times ran an article discussing the recent discovery of The Book of Two Ways, a precursor to the better known  Spells for Going Forth by Day popularly called the Egyptian Book of The Dead. Here’s an excerpt:

“The two journeys were a kind of purgatorial odyssey reminiscent of Dungeons & Dragons: extraordinarily arduous, and so fraught with peril that they necessitated mortuary guidebooks like “The Book of Two Ways” to accompany a person’s spirit and ensure its safe passage. (The “two ways” refer to the options a soul had for navigating the Underworld: one by land, the other by water.) Among other annoyances, the deceased had to contend with demons, scorching fire and armed doorkeepers, who protected the dead body of Osiris against gods bent on preventing his rebirth, according to Harco Willems, an Egyptologist at the University of Leuven in Belgium. Success in the afterlife required an aptitude for arcane theology, a command of potent resurrection spells and incantations and a knowledge of the names not just of Underworld doorkeepers but also of door bolts and floorboards.”