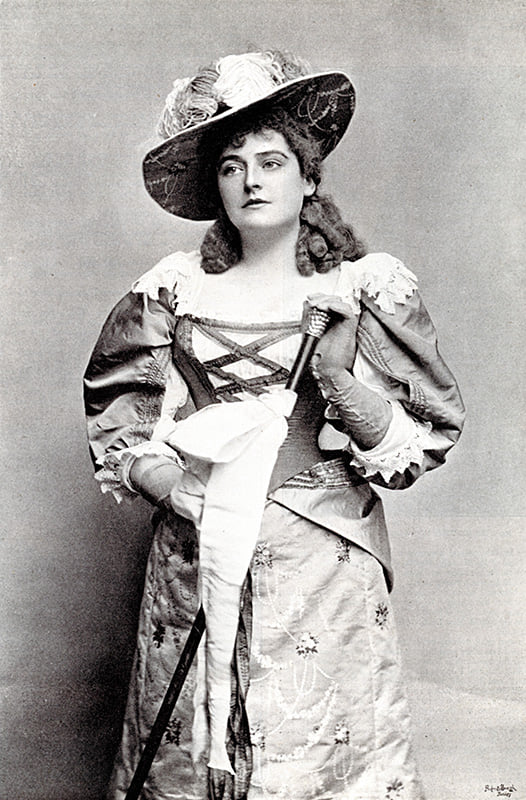 Richard Kaczynski posted this on his FB page:

SISTER LUCILE HILL, 0=0 IN THE GOLDEN DAWN?
I’m grateful that the Spanish translation of gave me the opportunity to correct an error in the English edition, where Crowley’s opera-singing fiancée in ̈ is misidentified as Susan Strong (an error present in other Crowley biographies, too). Turns out two sopranos were singing that role at Covent Garden at that time, and my research for set the record straight. For English readers, the following three paragraphs replaced the material on p. 81-3 of the North Atlantic Books edition. (Footnotes don’t translate well, so if you want citations you’ll have to get the Spanish edition, or wait to see if there’s ever a third English edition.

)
The Matherses also held semi-public ceremonies in Paris, and at one of these Crowley met American operatic soprano Lucile Hill (1867–1922). He described her as “a member of the Order,” and wrote to Gerald Kelly, “I go back to Great Central Hotel [London] Wednesday for the ̈. Our 0°= 0□ is singing Venus.” Born in Trenton, New Jersey, to a musical family, she attended Boston’s New England Conservatory before studying opera in Paris for four more years, including with celebrated French baritone Jean-Baptiste Faure (1830–1914). Other instructors over the years included French mezzo-soprano Blanche Marchesi (1863–1940) and conductor/répétiteur Henry Joseph Wood (1869–1944). After her well-received Crystal Palace debut in February 1890, she joined the Carl Rosa Opera Company only to be snatched up by Richard D’Oyly Carte (1884-1901), the impresario who brought together Gilbert and Sullivan. In spring 1891, Hill substituted in the role of Lady Rowena for Grundy and Sullivan’s grand opera to rave reviews—“Her voice is excellent, and she displayed considerable gifts as an actress”—paving the way for her role as Dorothy Vernon in Sullivan’s next work, the comic opera (September 1892–April 1893).
Despite moving on to the title role in Wallace’s , Hill discovered that her expenses far exceeded her income. She appeared before the London Bankruptcy Court in 1893 to negotiate a settlement with her creditors; fortunately, a new contract with stage manager Augustus Harris (1852–1896) allowed her to commit one-fourth of her income from the forthcoming Italian Opera touring season toward her debts. According to the , “Her success in was so great that it attracted the attention of Sir Augustus Harris, who engaged her for his grand opera forces in Covent Garden. She has been praised for her Nedda in , her Baucis in , her Marguerite in , and her Michaela in .” She sang as Micaëla again as part of her first American tour in December 1894, the writing, “Her voice is full and sweet, though at times lacking in distinctness. She was given an ovation after the duet in the first act.” Meanwhile, the said, “She has a well-trained voice of good power and tone, while her personality is very charming.” Despite these plaudits, her most memorable performance was the occasion she sang for the Choral Society of Walkden, Greater Manchester, a mining town; the locals cajoled her into coming down the shaft and crawling through tunnels to see them at work…which she did, treating them to a pair of songs for good measure.
After a severe illness around 1898 forced her onto a restricted diet, Hill became almost exclusively vegetarian, and also abstained from alcohol. She was added to the Covent Garden Company in 1900, singing as Venus in ̈ in May–June 1900. This was when Crowley saw her perform. Standing just over five feet tall, with auburn hair and blue eyes, she took him “by storm.” As he recalled in his , “she courteously insisted on my sampling the goods with which she proposed to endow me. The romance of an intrigue with so famous an artist excited my imagination.” Crowley presented her with an emerald engagement ring, the only complication being that she was already married. These events coincided with Crowley’s return to London as Mathers’ proxy in Golden Dawn matters, as he wrote again to Kelly, “There will be a meeting of g.d. one day next week to initiate Madame Lucile Hill (Exact date later). You will be required to act as an officer, as the number of members in Isis-Urania Temple No. 3 has been reduced.” Neither her advancement in the Order nor her engagement to Crowley went forward. Over the next decade, Hill’s singing and touring career would include roles in , , , and . Crowley would dedicate act four of his play “To Councillor von Eckartshausen and Laura Graeme, Lucile Hill, Mary Beaton, on the occasion of Homecoming.” 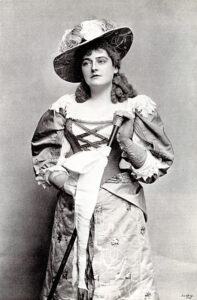