In this riveting account, renowned scholar Ronald Hutton explores the history of deity-like figures in Christian Europe. Drawing on anthropology, archaeology, literature, and history, Hutton shows how hags, witches, the fairy queen, and the Green Man all came to be, and how they changed over the centuries.

Looking closely at four main figures—Mother Earth, the Fairy Queen, the Mistress of the Night, and the Old Woman of Gaelic tradition—Hutton challenges decades of debate around the female figures who have long been thought versions of pre-Christian goddesses. He makes the compelling case that these goddess figures found in the European imagination did not descend from the pre-Christian ancient world, yet have nothing Christian about them. It was in fact nineteenth-century scholars who attempted to establish the narrative of pagan survival that persists today. 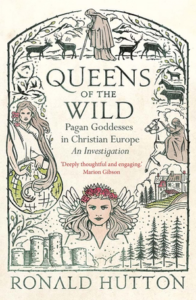