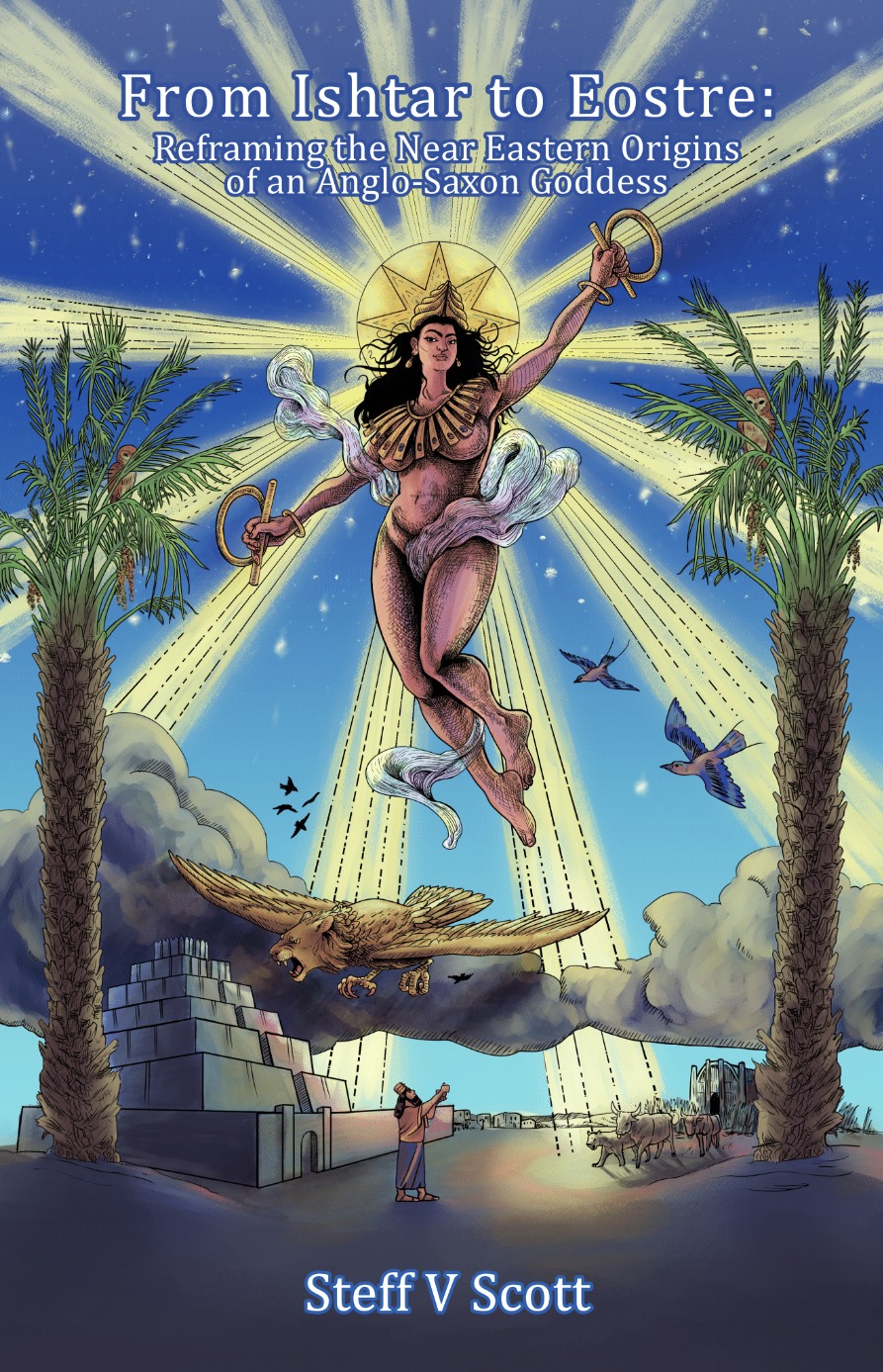 Eanna Press have announced the release of their first publication: Steff V Scott’s From Ishtar to Eostre: Reframing the Near Eastern Origins of an Anglo-Saxon Goddess. We have not read this book and have no editorial comment. The publisher’s description says:
“Join Steff V Scott on a journey of discovery into charting and chronicling the spread and influence of the Cult of the Goddess Ishtar-Astarte from her Middle Eastern Origins, across the Mediterranean, into Greece and Rome, across to North Africa and Iberia, and finally into Britannia, both during the Pre-Roman Period and the Roman Empire’s early conquest of that region.
“For the past few years Scott has been travelling the length and breadth of Britain, visiting and photographing her many altars on these shores, and building an accurate picture of the significance of her worship. Not just in Britannia, but across the entire Western world spanning over a millennia.
“This can also act as a guide book for those who wish to hold modern pilgrimages to the places she was once venerated, and also to where her SEVEN altars in Britain now reside. But this book is so much more.
“We will look at how her worship first began as a relatively minor Goddess of the storehouse, and how it was elevated from this to that of National Goddess for all of Mesopotamia. We will then look towards the Egyptians, Phoenicians, and Romans, and to how her worship reached across the Mediterranean, and into Britannia.
We will then turn our focus to the Venerable Bede, who first wrote of the Goddess Eostre, and we will look at the proximity of the first five Ishtar-Astarte altars to where he was stationed. The first of which is only fifteen minute journey from Hexham Abbey, one of the primary locations we associate with the Venerable Bede. Today the Abbey houses a stained glass window depicting Bede, who is viewed as one of the Northumbrian Saints.
“This book will also act as a guide in understanding how one Goddess could mean so much and to so many, and why her worship endured.
“Early Editions can be purchased direct through our Lulu Store. In the coming days it will be released to all major retailers.”
Hardcover Special Edition – https://www.lulu.com/…/hardcover/product-zqv7de.html…
Paperback Standard Edition –
https://www.lulu.com/…/paperback/product-4z682v.html…
Digital Editions to follow in the coming days. 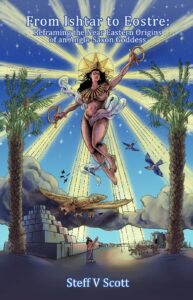