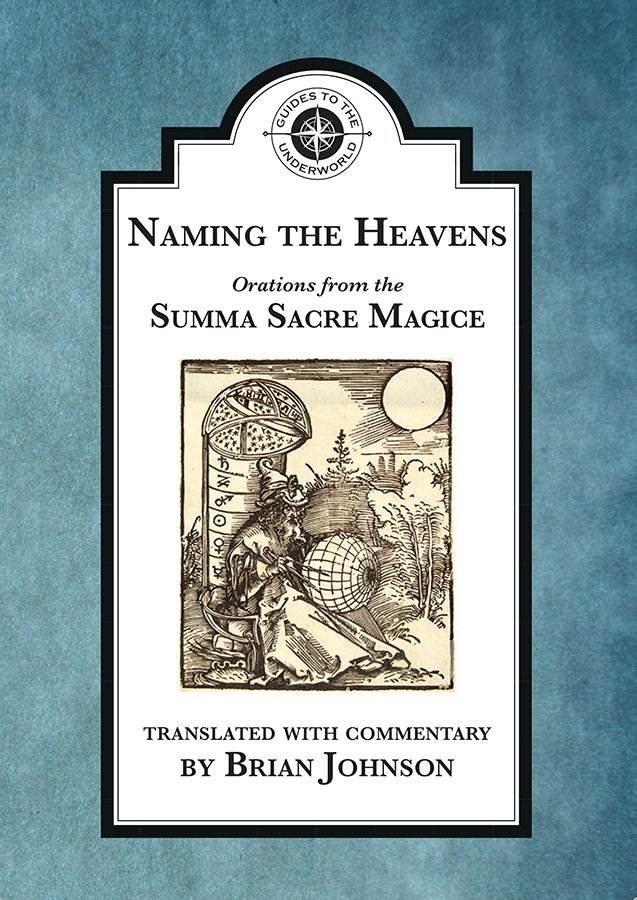 The ever-productive British occult publishing concern Hadean Press announced a new release in their Guides to the Underworld series, Naming the Heavens: Orations from the Summa Sacre Magice.

Naming the Heavens: Orations from the Summa Sacre Magice presents a series of prayers and ritual inscriptions addressed to the spirits of the heavenly bodies and facilitated via the invocation of those names by which the hours, days, months, and signs are called in each season of the year, intended to secure for oneself general protection and good fortune in any undertaking, be it sorcerous or mundane, translated from from Tractate 2, Book 2 of the Summa in 4° Ms. astron. 3 of the Universitätsbibliothek Kassel. Brian Johnson, author of The Testament of Solomon: Recension C and Necromancy in the Medici Library, introduces the Summa Sacre Magice and its assembler Berengario Ganell, situating it firmly in the corpus of Christian ritual magic in the fourteenth century.

This title is available as a digital edition as well as in print on our EU site. The Kindle edition will be available shortly on Amazon. 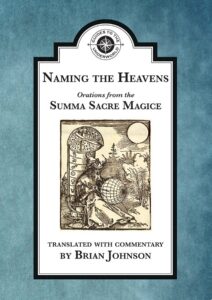