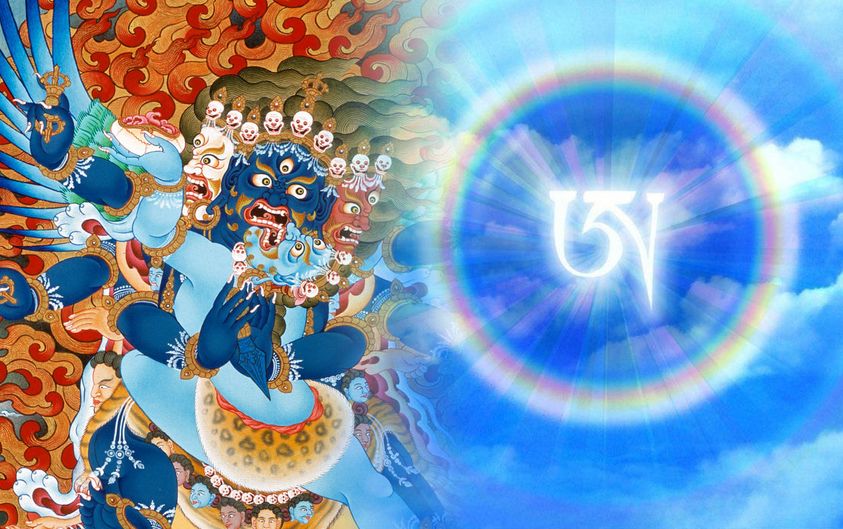 John Myrdhin Reynolds aka Lama Vajranatha will be presenting a Seminar via Zoom, “Vajrakilaya Practice according to the Nyingmapa Tradition.”
It’ll take place  Saturday and Sunday November 20-21, 2021, times 15-19, with breaks. The posted description says:
“In his heart, an enlightened being like the Buddha or a Great Bodhisattva, is calm, peaceful, and totally compassionate. But in order to subdue and transform negative energies, often embodied as evil spirits, especially those that arise directly from the poisonous passions of anger and hatred, it is necessary on occasion for such compassionate enlightened beings to display a wrathful face and form and engage in wrathful actions. Thus, when the demon sorcerer Rudra threatened to enslave and even extinguish nascent humanity in prehistoric times, the great Bodhisattva Vajrapani, also known as Vajrasattva, adopted this exceedingly terrifying form of Vajrakilaya in order to subdue Rudra and his minions. The demon Rudra symbolizes the inflated ego and the evils it causes. In general, the function of Vajrakilaya practice is to overcome obstacles and demolish negative energies afflicting the life of the individual practitioner. For the overcoming and subduing of demons, evil, spirits, and negative energies generally in his own time, it is said that Vajrakilaya was the personal meditation practice of Guru Padmasambhava himself, as well as that of his consort, the Tibetan princess Yeshe Tsogyal, who wrote the first Tibetan commentary on this practice.
These methods include the higher spiritual practices (stod-las) for attaining liberation and enlightenment and the more practical magical ritual actions (smad-las) for subduing and transforming negative energy in daily life. As embodied in the Yidam, or meditation deity, Vajrakilaya is among one of the most popular meditation and ritual practices in the Nyingmapa tradition, the oldest school of Tibetan Buddhism.
In terms of Buddhist practices in Tibet, along with the Longchen Nyingthik, the Düdjom Tersar has become among the most popular and widespread Terma cycles of practice among the Nyingmapas, both monks and Ngakpa Lamas, or yogis. It is said that these cycles of the Düdjom Vajrakilaya complete the revelation of this practice in terms of Mahayoga Tantra, Anuyoga Tantra, and Atiyoga or Dzogchen, as originally taught and inaugurated by Padmasambhava among his circle of Tibetan disciples. This seminar will introduce some of these meditation and ritual practices for Vajrakilaya according to the Düdjom Tersar, in particular, from the sPu-gri reg-phung, “the Razor that Destroys at a Touch.”
Register at https://us06web.zoom.us/…/reg…/WN_SxQtavNvQeGjZte8blJntA