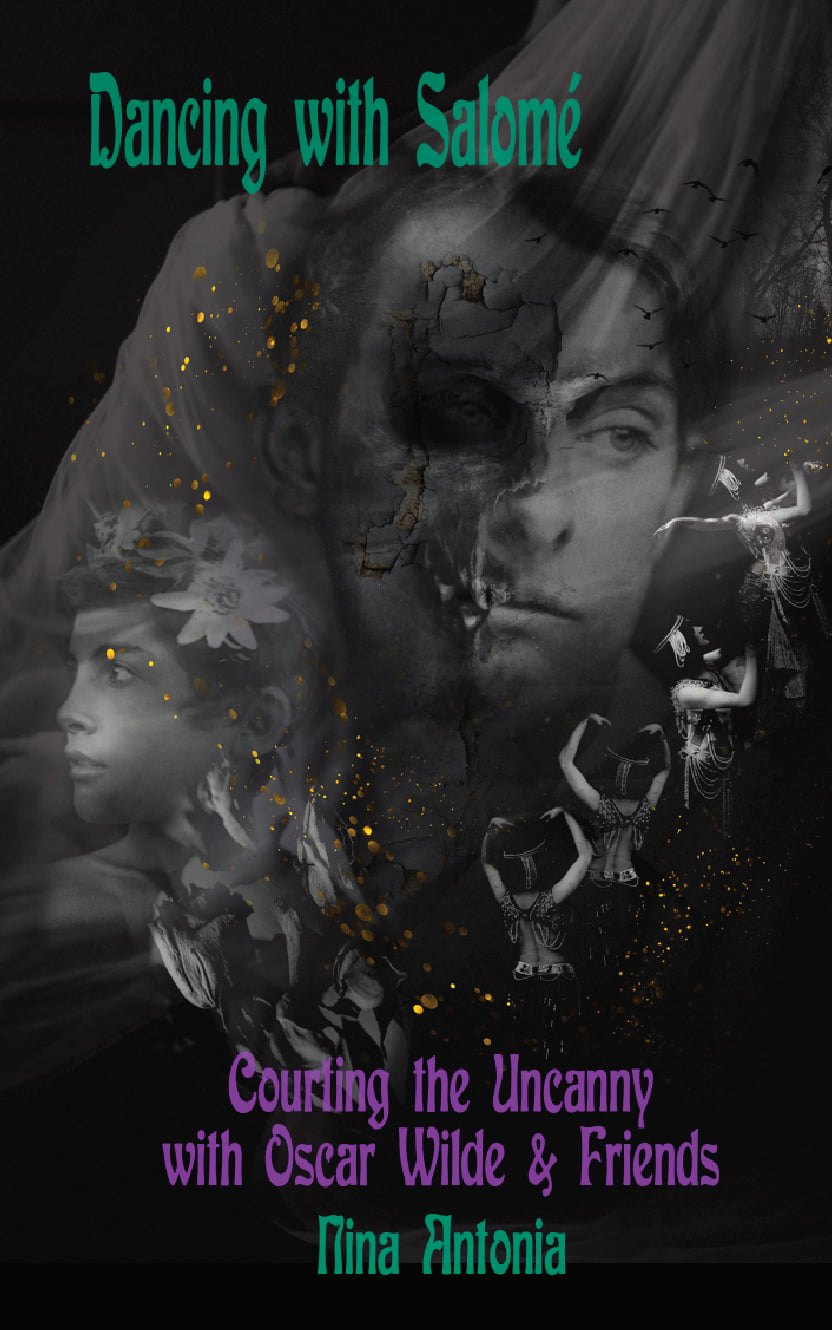 Carl Abrahamsson’s Trapart Books just published Nina Antonia’s “Dancing with Salomé – Courting the Uncanny with Oscar Wilde & Friends.”   The publisher’s description says:
“Dancing with Salomé” unmasks the occult aspects of Oscar Wilde’s celebrated tome The Picture of Dorian Gray, whilst exploring how the unseen manifested not just in the famous author’s life but in that of his love interest, Lord Alfred Douglas. The gilded backdrop to their ill-fated liaison was the Decadent movement, a literary and artistic feast of the divine and debauched which redefined the lines of male beauty. Curiously, Aubrey Beardsley, the most renowned illustrator of the Decadents, refused to keep any of Oscar Wilde’s books in his home, as he believed, like many of his friends, that the playwright was accursed. Beardsley’s theory is not as far-fetched as it seems if one takes into account the doomed lineages from which both Oscar and Lord Alfred Douglas were descended.
Through a series of interlinking essays, Nina Antonia takes us to meet the Decadent demi-monde of the 1890’s with whom Wilde and Douglas mingled. Whilst eroticism and mysticism were key themes of the Decadents, there was also a surge of interest in ritual magic, enabled by the flowering of the “Golden Dawn” – the most significant esoteric order in England’s history. Wilde’s wife, Constance, was a member, as was W.B. Yeats, alongside Aleister Crowley and Arthur Machen. All would play a part, directly or indirectly, in the drama of Oscar Wilde’s enchanted & accursed life.”
https://www.amazon.com/dp/9198692003