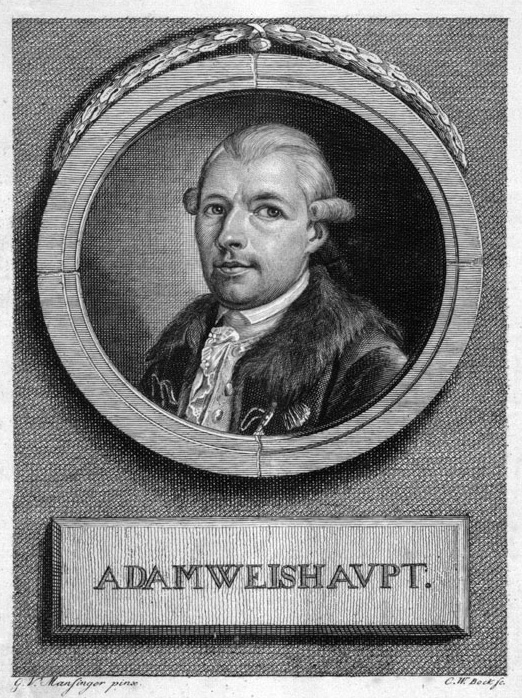 Bitter Winter is running MASSIMO INTROVIGNE’s 9 part series on the origins of the Bavarian Illuminati of which Joe Biden and Hilary Rodman Clinton are the current American overlords of ,right? Hmmm. I think this series would beg to differ. So far, three installments have been posted. Why not begin at the beginning?

“Did you say Illuminati? Today, the word immediately evokes a secret society aimed at controlling the world through “the new world order,” “the great reset,” and perhaps microchips implanted through COVID-19 vaccines. Bill Gates, George Soros, Bill Clinton, and Joe Biden are accused of being part of the Illuminati, although—as we will see later in this series—there are also those who believe that Donald Trump is also a member. Those, including many in the QAnon network, who claim that Illuminati controls everything often also create problems for religious and spiritual liberty, since inoffensive esoteric movements of all kinds are associated with the Illuminati, and denounced as involved in criminal activities and sinister plans.

“The reality is not uninteresting, but much less flamboyant. Apart from a few recent organizations that would sell you for a fee a card certifying that you are a member of the Illuminati in good standing, for scholars of esotericism ‘Illuminati’ refers to two movements, both defunct, the 19th-century Illuminati of Bavaria, and the 20th-century World League of the Illuminati founded by German esotericists Leopold Engel and Theodor Reuss.

“These two organizations are in their own way interesting, but never changed the course of human history nor did they control the world. The myth of the all-powerful Illuminati is not recent. In fact, it dates back to the French Revolution. One way of debunking the myth is to reconstruct the real history of the Illuminati.

“All subsequent legends about the Illuminati originate from the Illuminati of Bavaria. Their name was connected with the French word ‘illuminisme,’ which deserves a linguistic analysis. In French, the word ‘illuminisme’ was used in the 17th century with a negative sense, to indicate ecstatic and excessive forms of Catholic or Protestant mysticism. In the 18th century, it also designated mystical and esoteric currents connected with the less rationalist part of Freemasonry. In Italian, the word ‘illuminismo’ was born with the inherent ambiguity it maintains today. It designated both the ‘illuministi,’ i.e., those following the philosophy of the Enlightenment, and the ‘illuminati,’ i.e., those who were part of esoteric orders. French language uses ‘les Lumières’ for the philosophical Enlightenment and ‘illuminisme’ for mysticism and esotericism.”

Then move on to the following installments.’