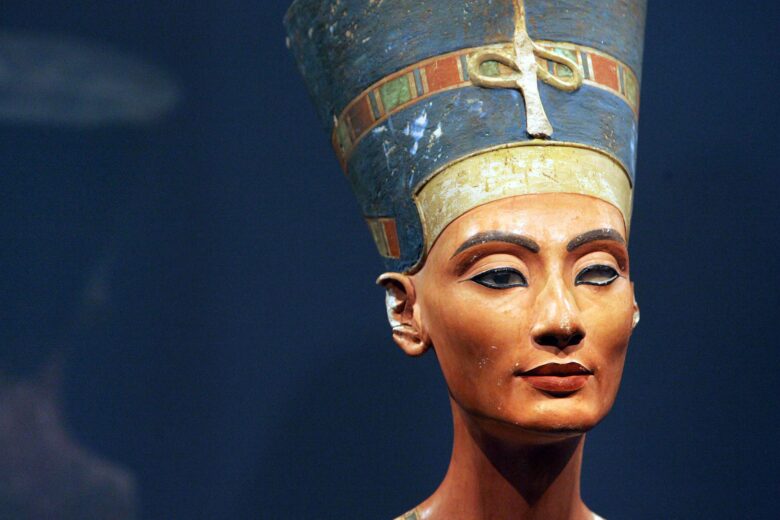 Now Archaeology recently published an article discussing Egyptologist Zahi Hawass’ claims that he expects to make a positive identification of the remains of Queen Nefertiti before the end of this year. The article begins:

Famous Egyptologist Zahi Hawass recently stated that he is confident that a mummy he is currently investigating is that of Queen Nefertiti.

Hawass, who has spent years researching Egyptian history and uncovering ancient tombs and who formerly served as Egypt’s Minister of State for Antiquities Affairs, is now putting together an exhibition called “Daughters of the Nile” that will highlight the role of women in pharaonic Egypt.

In an interview with the Spanish daily El Independiente, Hawass stated, “I’m sure I’ll reveal Nefertiti’s mummy in a month or two.”

Neferneferuaten Nefertiti, who known by the name Nefertiti, lived between around 1370 and 1330 BC. She was the queen of Ancient Egypt during a time of tremendous luxury, married to the Pharaoh Akhenaten, and the mother of Tutankhamun, also known as King Tut. Some scientists think Nefertiti reigned as queen after her husband passed away.

“I am still looking for two things: Nefertiti’s grave and her body,” Hawass said. “I really believe that Nefertiti ruled Egypt for three years after Akhenaten’s death under the name of Smenkhkare.”

Many pharaohs and other ancient Egyptian figures have had their mummified remains found, however Nefertiti’s remains have not.

“We already have DNA from the 18th dynasty mummies, from Akhenaten to Amenhotep II or III and there are two unnamed mummies labeled KV21a and b,” he said. “In October we will be able to announce the discovery of the mummy of Ankhesenamun, Tutankhamun’s wife, and her mother, Nefertiti. There is also in tomb KV35 the mummy of a 10-year-old boy. If that child is the brother of Tutankhamun and the son of Akhenaten, the problem posed by Nefertiti will be solved.”

“I am sure that I will reveal which of the two unnamed mummies could be Nefertiti,” he added. 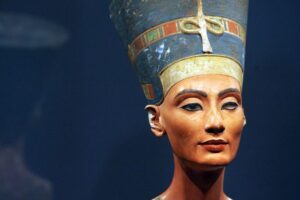