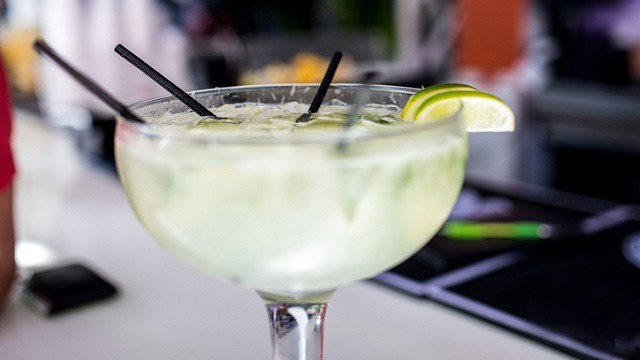 Be not animal; refine thy rapture! If thou drink, drink by the eight and ninety rules of art: if thou love, exceed by delicacy; and if thou do aught joyous, let there be subtlety therein! –AL II:70

Today we celebrate one of the favorite drinks of writer Ernest Hemingway and President John F. Kennedy — July 19 is National Daiquiri Day. A daiquiri is one of a family of cocktails made primarily of rum, citrus juice (usually lime) and sugar. While we can agree on this much, there are different stories of how the daiquiri came to be.

Some say that Jennings Cox invented the daiquiri. Cox was an American engineer who supervised a mining operation in the village of Daiquiri during the Spanish-American War.  According to the National Day Calendar, “Every day after work Cox and his employees would gather at the Venus bar. Then one day Cox mixed up Bacardi, lime, sugar in a tall glass of ice. Naming the new beverage after the Daiquiri mines, the drink soon became a staple in Havana.  Eventually, shaved ice was used and sometimes lemons or both lemons and limes.”

Legend has it that Ernest Hemingway inspired the creation of the frozen daiquiri. In the 1940s, a bartender named Constantino Ribalaigua worked at El Floridita in Havana. Ribalaigua is often considered the true creator of the daiquiri.

Regardless of who invented the drink variety, it remains popular today. Here are some recipes you can use to celebrate:

But don’t forget the food! Here are 11 Cuban Appetizers to Serve at Your Next Party.