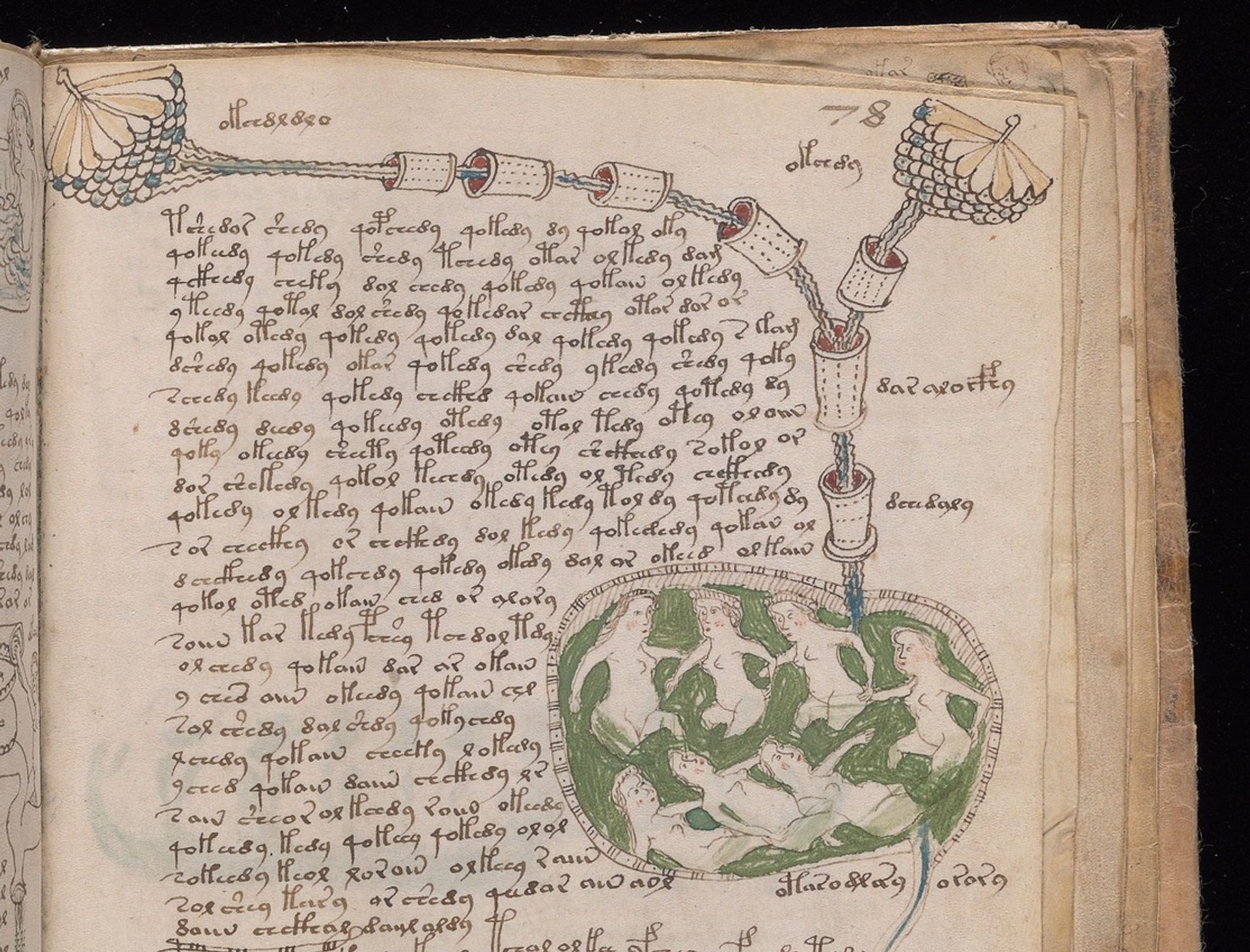 A Wall Street Journal thought piece on the mysterious Voynich Manuscript, legendarily spirited from England to Central Europe by Dr. John Dee, brought to my attention by Soror Amy, got me poking around leading me to this story about this supremely uncrackable cipher’s being de-ciphered… mebbe. The article in The Art Newspaper starts:

Will the Voynich Manuscript, an early 15th century document kept at Yale University and known as the world’s most mysterious book, finally reveal its secrets?

Any attempts to decipher the manuscript’s unique text, made up of a mixture of handwritten Latin letters, Arabic numbers, and unknown characters, have so far failed. Because of the many mysteries surrounding its content, it has featured in TV shows, books, music, and even video games. Now, after three years of analysis, the German Egyptologist Rainer Hannig from the Roemer -und Pelizaeus Museum in Hildesheim, believes he has cracked the code to translating the work, and found the manuscript’s language to be based on Hebrew.