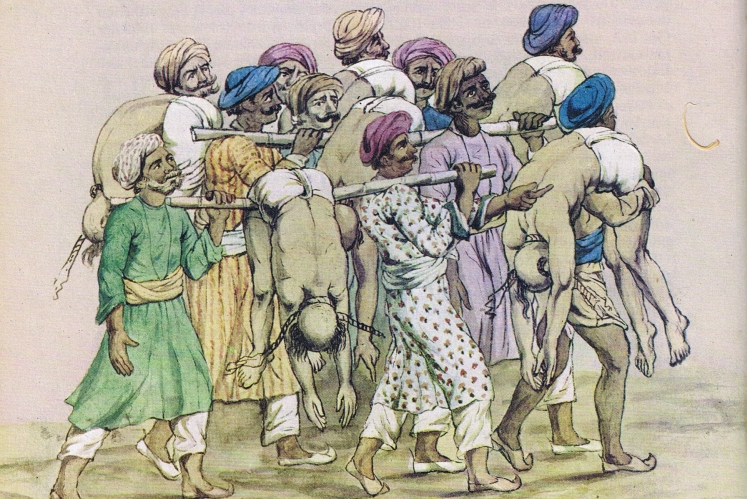 “This and other studies may help us addressing three questions: did the Thugs really exist? If yes, does something of them remain in today’s India? If yes, again, were they a religious ‘cult’ or a simple criminal association? Not surprisingly, the first question is the most hotly debated. Some contemporary Indian and Western colonial studies scholars argue that Thugs are an invention of British colonialism, an archetype of the “inferior” and violent Indian built by William Sleeman, who both organized the repression of the Thugs and popularized their history in the West. According to this version, Sleeman generalized occasional episodes of crime, and sometimes executed innocent men on the basis of simple slander.”