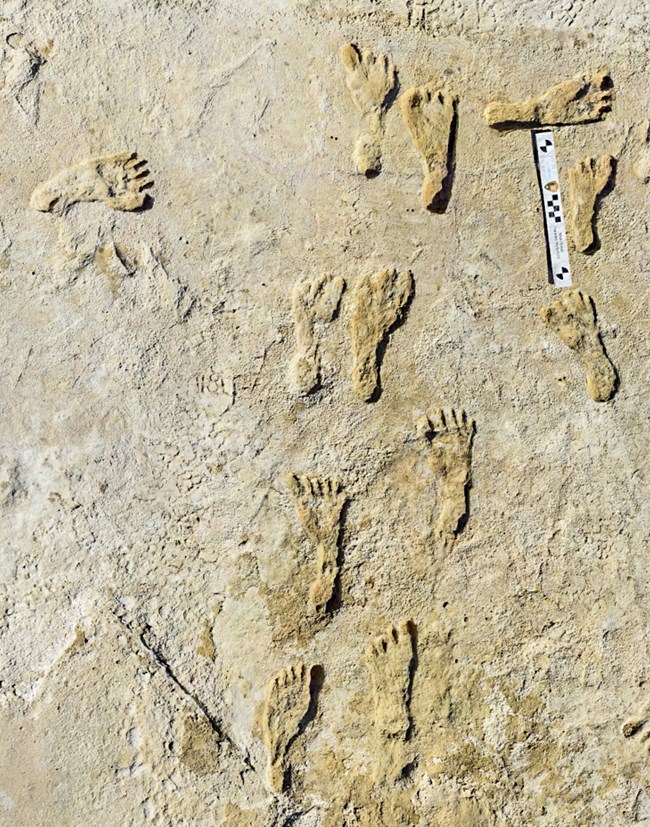 Last month, the National Park Service announced that fossilized human footprints found at the White Sands National Park in New Mexico provide evidence that Native Americans had peopled North American at least that far South and East as long as 23,000 years ago. Hunters from Siberia first made the crossing into Alaska and over generations, their descendants moved South and Eastward, filling both North and South Americana continents. An except reads:

“Tens of thousands of years ago, during the ice age, a giant body of water, Lake Otero, rested within the Tularosa basin. The climate was less arid, and the vegetation was abundant. One could have seen grasslands stretching for miles that would have looked more like the prairies of the Midwest rather than New Mexico’s deserts.

“This paradise of lush green life naturally captured the attention of the larger animals of the ice age. Plant eaters such as ancient camels, Columbian mammoths and Harlan’s ground sloth came to Lake Otero to feast on the grasses and trees of the Tularosa Basin. This attracted fearsome predators known as the dire wolf and American Lion. These animals’ footprints remained long after their departure of the wetlands of Lake Otero and eventually became fossilized.

“The latest research shows that humans have been living in North America and Tularosa Basin for at least 23,000 years.”