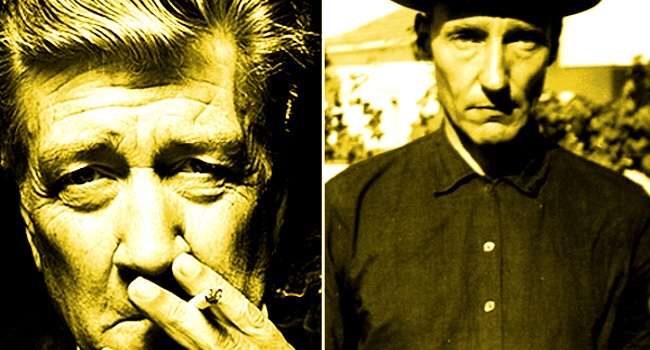 In 1963, William S. Burroughs wrote down his photographic manifesto: “Take. Rearrange. Take.” For Burroughs, photography wasn’t an art form so much as it was a weapon he employed to disrupt time.
Ideas about the interactions between time, space, words and images will be familiar to any reader of Burroughs’ works, but it’s less likely that those same readers will recognize the camera-created images on display in Taking Shots: The Photography of William S. Burroughs. Published by Photographers’ Gallery of London and Prestel, the book is co-edited by Particia Allmer and John Sears who curated a show of Burroughs photographs at Photographers’ Gallery earlier this year. The new book also features an essay by erstwhile Beat biographer Barry Miles.
The Taking Shots title refers directly to Burroughs’ no-nonsense approach to the camera, but also to the artist’s famous addictions to heroin and guns. Among Burroughs’ visual creations, his shotgun paintings are much more familiar than these pictures, but his collaged images created by re-photographing arrangements of photographs often burst and scatter with the same energy.
The book and exhibition both premiered during this year’s centenary celebration of the author’s birth and there’s not a better memorial for Burroughs’ work than this remarkable collection of images which reminds us that we’re still catching with this hombre invisible.
Burroughs’ show at Photographers’ Gallery hung alongside an exhibition of factory photographs by filmmaker David Lynch. David Lynch: The Factory Photographs is also a Prestel publication and this is the first time I’ve tried to name my favorite art book of the year only to be torn between offerings from the same publisher.
Lynch has been documenting empty, unpopulated factory interiors and industrial landscapes for decades and the book collects 80 images captured by the artist between 1980 and 2000. Fans of Lynch’s films won’t be surprised at his ability to evoke surreal and ominous moods from these mundane spaces and the gorgeous black-and-white images directly invoke the poetic light and shadows of the director’s haunting early features like Eraserhead and The Elephant Man.
Before Lynch went to Hollywood he was primarily a painter. Here, his modernistic compositions recast walls and pipes, staircases and boilers into adroit abstractions that recall the lines and grids of Mondrian. Many of Lynch’s abandoned spaces have since been demolished, becoming the actual ghosts that the photographer only alludes to, and it’s odd that looking at an unnecessary silo or an inefficient generator might evoke the same emotions as staring at an ancient monument or the last buffalo, but that’s what Lynch captures here. I’m reminded of those yellow highway dividing lines zooming past the camera in title sequence of Lost Highway: the faster they approach, the quicker they disappear.
Stay Awake!
Please subscribe to my YouTube channel where I archive all of the videos I curate at Insomnia. Click here to check out more Counter Culture posts.
– See more at: http://disinfo.com/2014/12/lynch-burroughs-release-best-photo-books-2014/#sthash.M3BklSDh.dpuf