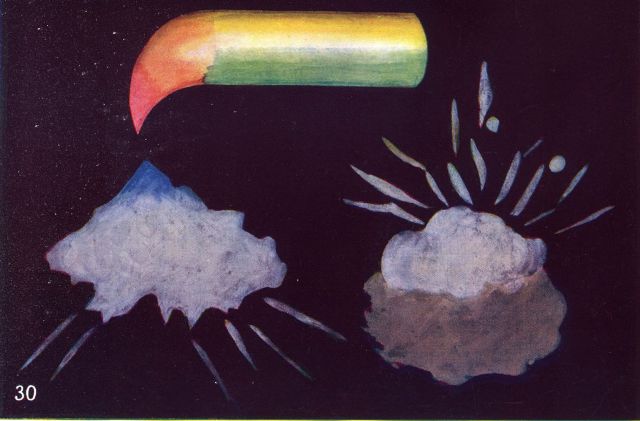 “To paint in the earth’s dull colours the forms clothed in the living light of other worlds is a hard and thankless task: so much the more gratitude is due to those who have attempted it. They needed coloured fire, and had only ground earths”

Thought Forms a joint work between Annie Besant [ 1847 – 1933 ] and Charles Webster Leadbeater [1854 – 1934 ]two prominent exponents of the Theosophical Society. Part of the treatise appeared in an article for Lucifer [now the Theosophical Review].

“leading science beyond the borderland of ether into the astral world. The boundaries between the animate and inanimate matter are broken down.” APPRECIATION OF A PICTURE THE INTENTION TO KNOW