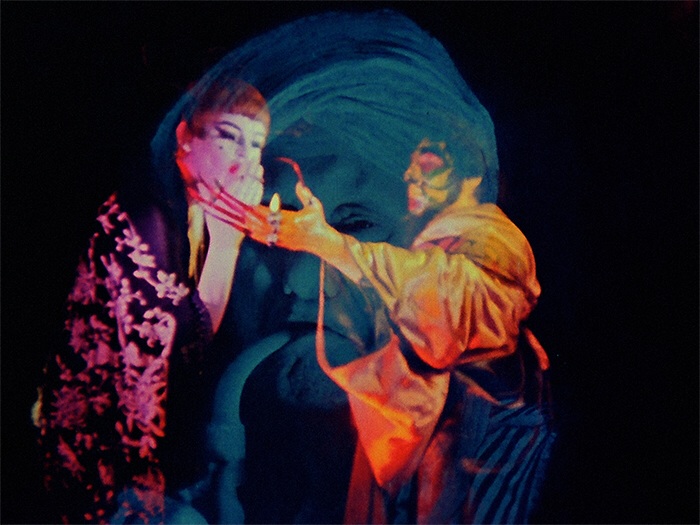 DOORS 6PM
TICKETS £5 ADVANCE (CLICK HERE) £7 ON THE DOOR
Join us for the launch of Luminous Screen, Abraxas Journal s second special issue dedicated to the occult in films. Following the theme of I:MAGE, tonight’s event will be focused on spirit possession and cinema. The programme includes the screening of Kelly Hayes’ evocative documentary on Afro-Brazilian religions Slaves of the Saints, a talk by anthropologist and film maker Chiara Ambrosio on southern Italian possession phenomena and a discussion panel on possession in popular cinema hosted by Mark Pilkington. This event is brought to you by Fulgur and Strange Attractor. Watch Documentary Trailer.
http://www.thehorsehospital.com/now/abraxas-journal-luminous-screen-launch-film-the-occult-and-possession/

Luminous Screen is our second Special Issue of Abraxas. It is a collection of essays commissioned by guest editor Jack Sargeant that seek to explore the impact of esotericism on cinema. Printed using state-of-the-art offset lithography to our usual high standard, subjects for Luminous Screen range from the early German expressionist cinema of F.W. Murnau, to the contemporary arthouse films of Lars von Trier. In each essay, esoteric themes within these works are identified and analysed.

Our hardback issue is limited to just 300 copies. There is also a custom fitted dust-jacket that mirrors the design of the paperback issue.