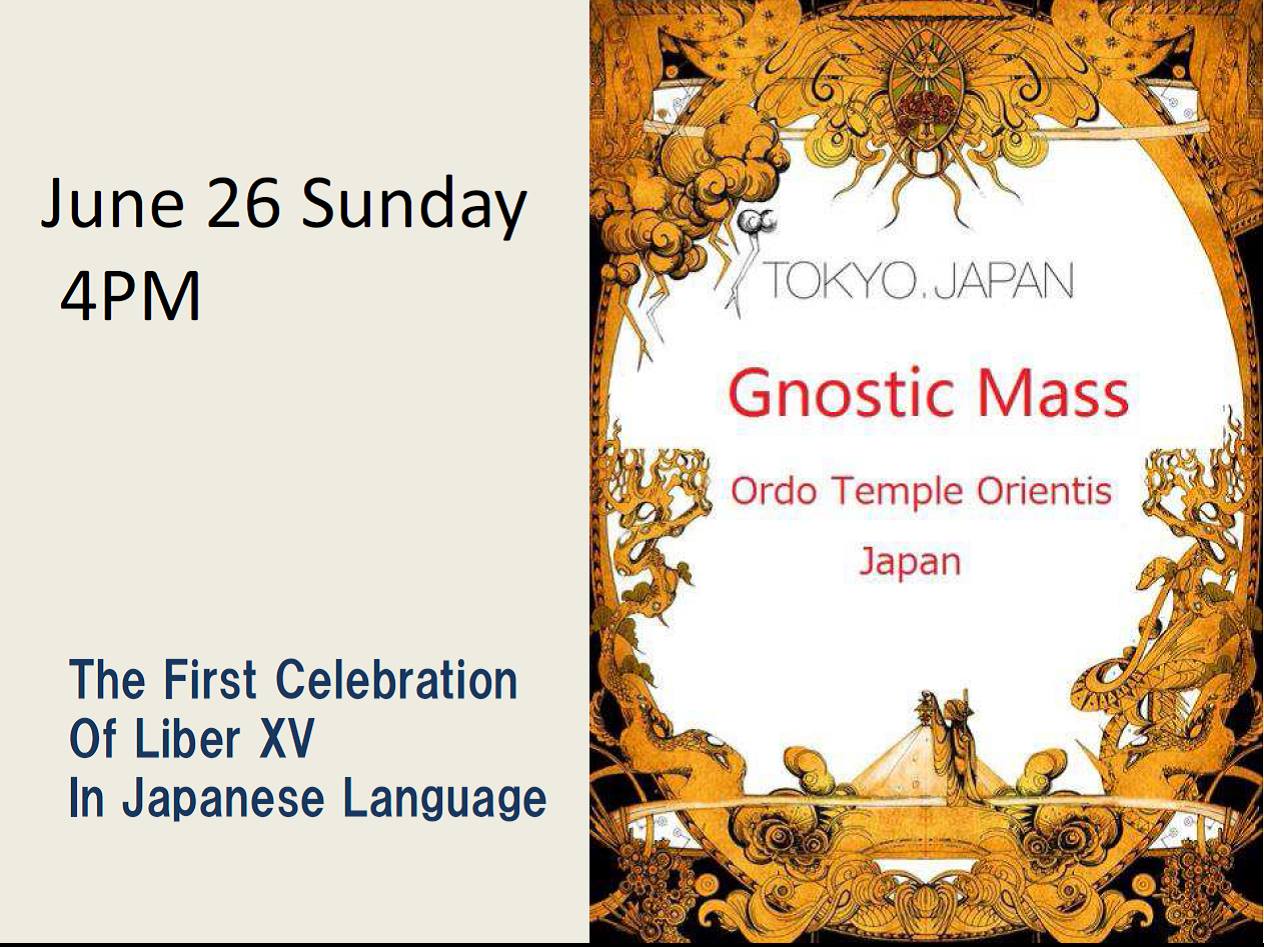 Yesterday, O=II announced the first performance of the Gnostic Mass in Japan. We have since got notification from the FSR of Japan that they’re FB posting was in error. The Mass will be in June, not July. Also, we were updated on the history of Mass performance in Japan. The info below reflects all the updates

It was announced on Facebook that Ordo Templi Orientis Japan will mount the first-ever performance of Liber XV, the EGC Gnostic Mass with the vernacular lines spoken in Japanese on June 26, 4PM. The Frater Superior’s Representative for Japan, Hieros Phoenix,  states: “We will be celebrating the Mass at Yayoi-Cho, Nakano, Tokyo. This is the first Japanese Mass since 1988.” The Gnostic Mass had been performed in Japan several times before by two differet Mass Teams, but in English.  The Mass Officers for this performance  – Hieros Phoenix as Priest, Soror C.E.S. as Priestess and Frater V.C.S. as Deacon — are all Japanese, so naturally performing the appropriate lines in their native tongue.

The website for O.T.O. Japan is http://www.otojapan.org/ and it features links to the chartered Bodies in that country.