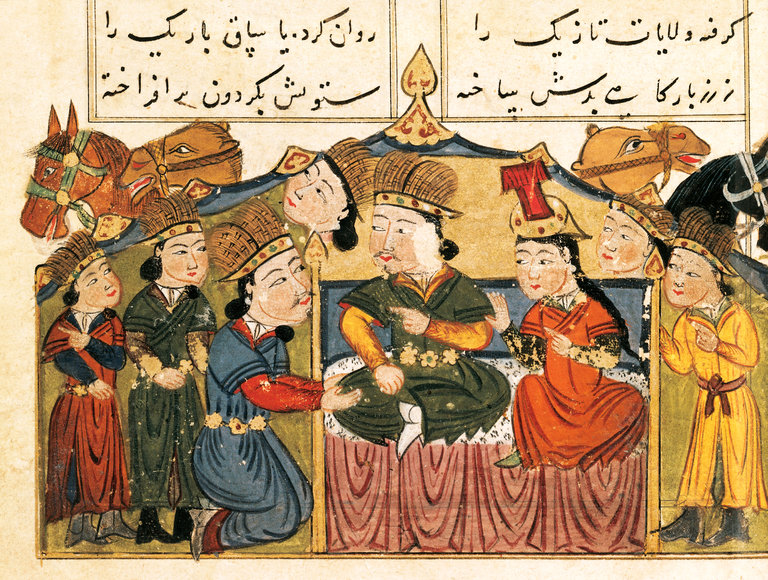 Separation of church and state in the United States of America, as established in the First Amendment of this country’s Constitution, is one of the political principles most cherished by the Satanic Temple, those exemplars of vivid political theater. A newly published book, Jack Weatherford’s  Genghis Khan And The Search For God, argues that this notion originated with the legendary Mongol ruler who was adamant about respecting the religious freedom of all the peoples he conquered and that this had a direct impact on the thinking of the wealthy planters, bankers and lawyers that set up the found governmental systems and legislative basese of this country. The New York Times Book Review points out:

“…what is most remarkable about this fine and fascinating book is Weatherford’s central claim that the Great Khan’s ecumenism has as its legacy the very same rigid separation of church and state that underpins no less than the American idea itself. The United States Constitution’s First Amendment is, at its root, an originally Mongol notion.

“Many might think this eccentric in the extreme, until we learn that a runaway 18th-century best seller in the American colonies was in fact a history of “Genghizcan the Great,” by a Frenchman, Pétis de la Croix, and that it was a book devoured by both Benjamin Franklin and Thomas Jefferson. Moreover, the quoted rubric of the Mongol and United States laws is uncannily similar: Among other passages, Mongol law forbids anyone to ‘disturb or molest any person on account of religion,’ and Jefferson, after reading its strictures, went on to suggest in his Virginia Statute for Religious Freedom, a precursor of the First Amendment, that ‘no man shall . . . suffer on account of his religious opinions or belief.’”

Interesting stuff to contemplate with today’s rising tide of hysterical xenophonbia and religious persecution by Evangelicals.

Read it and weep: