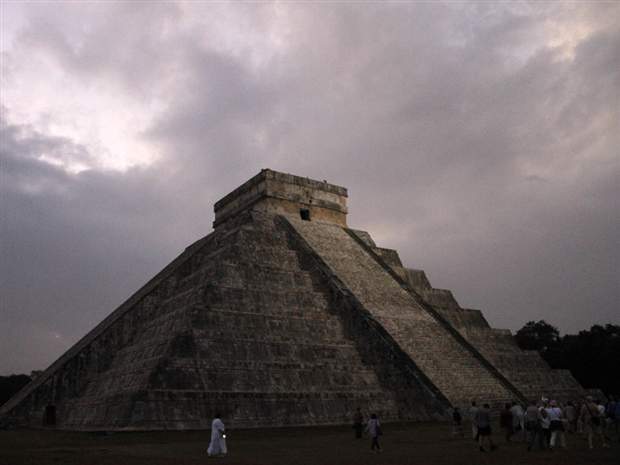 According to a report by the Associated Press, archaeologists have detected what may be the original 30-foot-tall structure within the pyramid of Kukulkan with tri-dimensional electric resistivity tomography, or ERT-3D. Previous research at the Maya site of Chichén Itzá had detected a 65-foot-tall “intermediate” pyramid beneath Kukulkan’s last construction stage, which dates to A.D. 900 and is now visible. The innermost pyramid is thought to date to between A.D. 500 and 800, before the Maya came into contact with other civilizations. The computer-generated image suggests the first pyramid is not perfectly aligned with the outer layers. Archaeologist Denisse Argote of Mexico’s National Institute of Anthropology and History explained that the pyramid may have been refurbished when new groups came to power, or as the building deteriorated. Minimal fill was used to cover the inner temple, however, perhaps out of respect for its sacred space over an underground water source. The new images could help scientists find a way into the inner temple. They may have to reinforce an unstable tunnel first opened in the early twentieth century, when the third platform was first found.

For more information at http://www.vancouversun.com/news/world/original+pyramid+found+nestled+inside+larger+ones+mayan+ruins/12399722/story.html