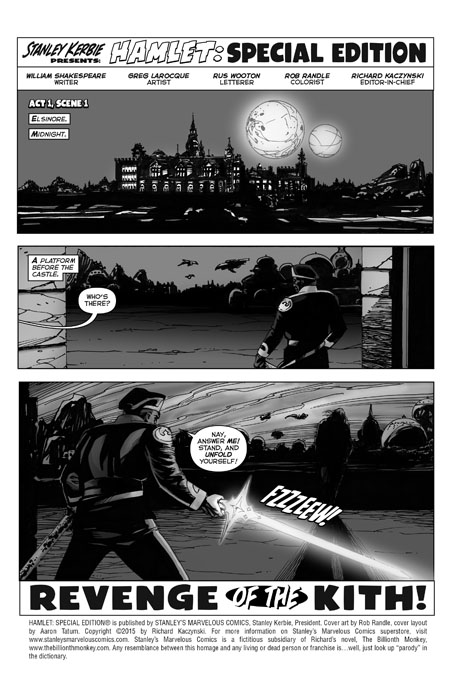 Richard Kaczynski celebrates the release of his hilarious urban fantasy The Billionth Monkey by making a free mini-comic, Hamlet Special Edition, available on the web. This comic celebrates a sub-plot in The Billionth Monkey about a newly-discovered revision of Hamlet which stirs up worldwide consternation among fans of the play. The tongue-in-cheek “preview” depicts the play’s opening scene through the lens of a George Lucas-style special edition. Here’s an excerpt The Billionth Monkey is a new work of urban fiction from noted Thelemic author with is available in paperback (http://www.amazon.com/Billionth-Monkey-Richard-Kaczynski/dp/1514139928), ebook, and limited edition hardcover (www.richard-kaczynski.com/index.php/home/books/the-billionth-monkey/) formats.