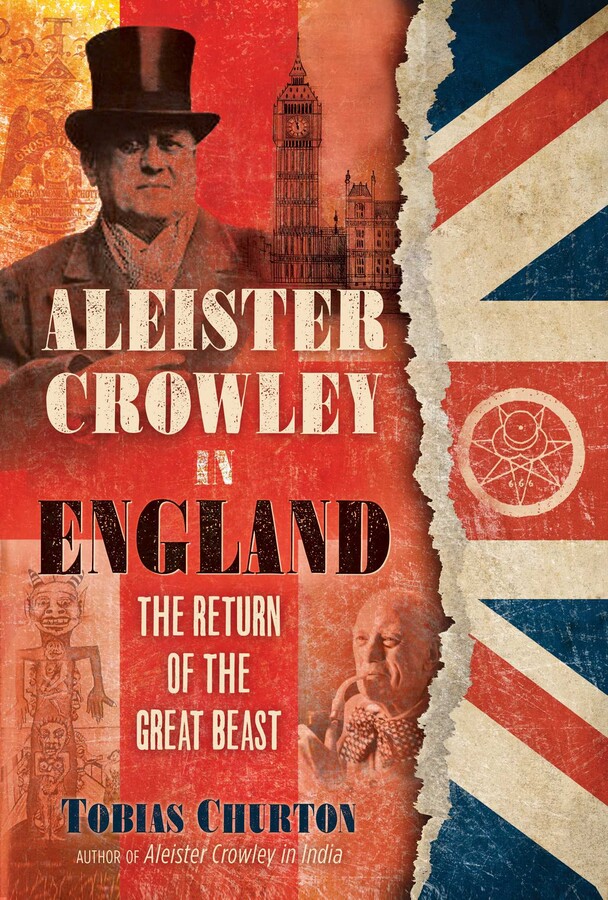 Here’s an excerpt from Tobias Churton’s Aleister Crowley in England, a biographical work looking at the final period of his life. Churton has previously authored books about Crowley’s time in India, Germany and the United States as well as a general biograpy. The new book is being published by Inner Traditions in January 2022.

From Chapter 2. Never dull where Crowley is.

Vacating Jermyn Street’s Cavendish Hotel on 6 July for a flat at 27 Albemarle St., Mayfair, Crowley informed Louis Umfreville Wilkinson that he’d appreciate a call any morning before 10. Friendly since 1912, Crowley commiserated with Louis over second wife Annie’s death: “Dreadfully sorry to hear of your loss. My own first wife [Rose] died in February, but as I had not seen her for over 20 years, Time had spun gossamer over the wound.”(2)

Crowley painted his predicament brightly for Germer’s benefit on 25 August:

I am speaking on “The Philosophy of Magick” at a lunch to 600 people on September 15: so hope to do big business. [Christina Foyle of Foyles Bookshop invited Crowley to address her famous Literary Lunch.]

Yorke is intractable so far. I may have to sue him. Can you send me copies of any letters from or to him showing negligence and mismanagement? E.g. his sending the whole of the pictures when we only wanted 75. … As soon as he finds he can’t sneak off with our £3000 he’ll propose a reasonable settlement, & take credit to himself for his noble conduct. Oh, very English!

His cowardice is revolting. If he had only stuck to his guns, we should all be in clover. Even as it is, things are looking up all round.

I do wish you’d write a really nice letter to Mrs. Busch. It is the only point at issue between us. … After all, you had nothing but great kindness from her.(3)

Crowley explored every avenue to survive in Britain’s capital, save that of closing ranks with the “white-collar wage slave,” a slight unkindly applied to current O.T.O. “heir” Wilfrid T. Smith in Hollywood, clerk for the Southern California Gas Company.

Crowley’s artistic interests brought him to composer Leonard Constant Lambert’s studio on 3 September. Recently appointed Vic-Wells Ballet’s composer and music director, Lambert (1905-1951) introduced Crowley to illustrator Joan Hassall (1906-1988) who four days later showed Crowley his old friend Nina Hamnett’s autobiography Laughing Torso. “Abominable libels,” Crowley declared when Nina’s flippant Cefalù narrative mentioned that a baby was said to have disappeared there. Crowley and Leah Hirsig’s baby daughter Poupée died tragically at Cefalù in 1920. Having just served a writ on Gerald Yorke for a supposed £40,000 he would have made had Yorke not been his Trustee (6 September), Crowley called on lawyer Isidore Kerman about Laughing Torso. Nina’s publishers Constable & Co. were notified: an offended Crowley intended to sue.

After a successful speech on 15 September at Foyle’s literary luncheon, Crowley spent the next night getting drunk with Laurence and Pam Felkin.*

[*Son of Dr. Robert William Felkin (1853-1926)–Frater Finem Respice (“Have regard to the End”), leader of Golden Dawn breakaway Stella Matutina–stockbroker Robert Laurence Felkin (1891-1957) joined Crowley’s A…A… in 1912 and appears in Crowley’s diaries as “Christ Child,” inspiration for “Elgin Eccles” in The Diary of a Drug Fiend.]

For a moment, Constable & Co. appeared to “cave in” over Laughing Torso, suggesting an out-of-court settlement, but on the 21st crooked lawyer Edmund O’Connor cornered a habitually sauced Nina Hamnett in a Soho pub and dug up an angle to nobble Crowley’s case: a rare copy of Crowley’s decadent verses, White Stains (1898). Its author doubtless wished the book’s printed warning had been observed: “The Editor hopes that Mental Pathologists, for whose eyes alone this treatise is destined, will spare no precaution to prevent it falling into other hands.”

The case didn’t reach court until 1934, but its tremors disturbed Crowley’s peace of mind for months before it.

On 26 September 1932, he moved into rooms at 20 Leicester Square, meeting philosopher C.E.M. Joad (1891-1953) at a party given by a “Mrs Richards.” Joad would become famous in England during the 1940s for appearances on the BBC’s The Brains Trust, where clever people offered expertise or opinion on pressing questions. But in 1932, Joad was distinguished only by interest in parapsychology and expulsion from the socialist Fabian Society in 1925 for sexual misdemeanors. Disenchanted by Labor government, Joad became propaganda director of Sir Oswald Moseley’s New Party, resigning on discerning Moseley’s fascism. Bitterly opposed to Nazism, Joad favored pacifist causes, something that would have interested Maxwell Knight at MI5.

A curious foretaste of a subject soon to become dear to Crowley’s heart came on 1 October 1932 in a letter from Mulk Raj Anand (1905-2004), author of The Hindu View of a Persian Painting (Faber & Faber, 1930), living in Hendon. Art collector and publisher Desmond Harmsworth was publishing Anand’s new Indian cook book Curries and other Indian Dishes. Anand asked Crowley’s permission to quote from Confessions (Mandrake, 1930): “I have been an admirer of your work for years.” Anand’s book pioneered the introduction to British housewives of Indian cooking, perhaps inspiring Aleister Crowley too. Lawrence and Wishart published Anand’s social realist book Untouchable in 1935 and Anand found success in novels.

Placing Mortadello still preoccupied Crowley. His diary records meeting “Hitchcock” upstairs at the Café Royal on 10 October 1932 –and again at Pagani’s with Driberg for dinner on 22 October; then lunch on 25 October. It’s likely “Hitchcock” was successful English film director Alfred Hitchcock. A report in The Times of 4 April 1932 indicated Hitchcock was devoting the next year to producing, rather than directing films for British International Pictures (B.I.P.), and was on the lookout for suitable vehicles for appropriate directors. A link with Pabst or Reinhardt would have interested Hitchcock, especially as he’d experienced the Berlin production system. Thelema devotee Albin Grau had produced Murnau’s famous Nosferatu. That would have impressed Hitchcock. Crowley was convinced Mortadello chimed in with the German vogue for gaily spun films set in times past about dashing, braided hussars and the like, transporting people from the grime of the times.

Hitchcock only produced one film for B.I.P. (his contract ended in March 1933), Lord Camber’s Ladies, about an aristocrat who falls for a musical comedy star. It was previewed for the Charing Cross Hospital charity at the Prince Edward Theatre on 4 November: a short stroll from the Café Royal. Hitchcock would have welcomed publicity from Driberg. Is there not a Crowleyan influence on Hitchcock’s signature image, as it developed subsequently?*

[*Note a 31 July 1933 letter from Crowley to U.S. devotee, Max Schneider. Crowley wanted his “Gnostic Catholic Mass” filmed in Hollywood. He would play High Priest. The Priestess “would have to be a regular star–Benita Hume or–your man will know at once. Someone with lots of S.A. [Sex Appeal].”4 Benita Hume (1907-1967) played Janet King in Lady Camber’s Ladies, alongside Gertrude Lawrence and Gerald du Maurier. Crowley expected Max Schneider to function as Hollywood agent, while Max’s wife Leota typed up Crowley’s scripts.(5)] 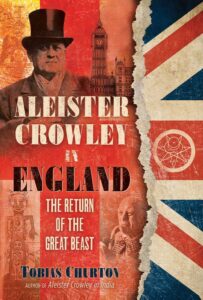