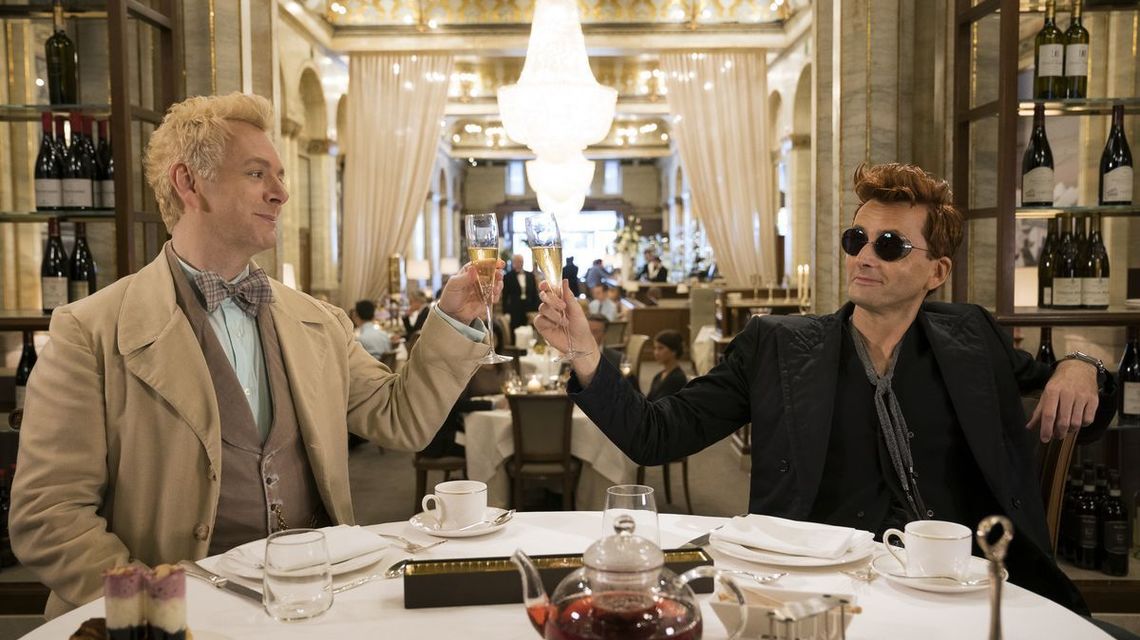 Here’s an amusing listicle, going over terms one encounters when watching the streaming series Good Omens. It begins:

“If you’re new to Good Omens, never fear — we’re here to help you wade through the various cultural and theological references that will make the Amazon miniseries even more enjoyable.

“Even if you’ve never read the 1990 novel by Neil Gaiman and Terry Pratchett, there’s a little something for everyone in Good Omens. Both the novel, Good Omens: The Nice and Accurate Prophecies of Agnes Nutter, Witch, and the Amazon series follow the angel Aziraphale (played by Michael Sheen) and the demon Crowley, née Crawly (David Tennant), who decide they enjoy life too much on Earth to allow the Apocalypse to go down. The only problem is that they’ve lost the Antichrist, the son of Satan and the kid who’s gonna bring it all down. How do you stop the Apocalypse when you can’t find the thing that starts it? ”

“Aleister Crowley — A famous British philosopher and occultist, not to be confused with our demon Crowley. The real-life Crowley dabbled in black magic and wrote the occasional novel, one of which might have inspired part of the sequence of Pepper’s original names. Moonchild follows a young woman who is caught between teams of white magicians and black magicians, and a plan to impregnate her with an ethereal being. Well, it’s either that or The NeverEnding Story.”