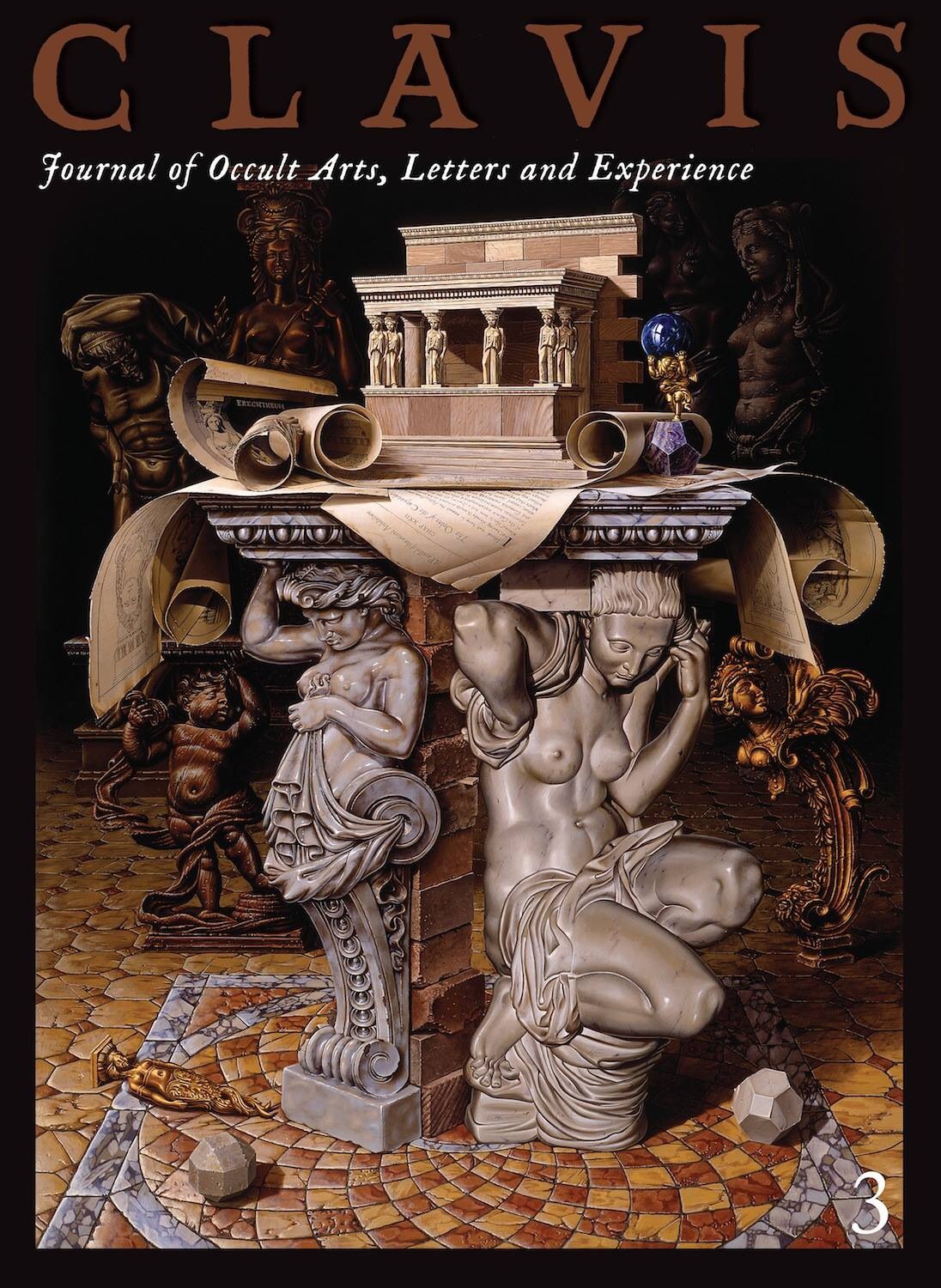 Seattle scholar and CLAVIS contributor Andrew Larson will give a talk ‘Oneiric Potency in the Greek Magical Papyri’.

In addition to fresh copies of CLAVIS 3 there will be select titles available from Ouroboros Press, Three Hands Press and Xoanon. Refreshments will be served.

Details on the publication:

Articles include: ‘Through the Gate of Horn: Occult Fiction and the Primordial Image’ by Richard Gavin, accompanied by the Esoteric Images of Scott Finch, ‘The Triangular Manuscript of the Count of St. Germain’, by Nick Koss, ‘Powers Secured and Sealed: Miraculous Rings in Occult Praxis’ by William Kiesel, ‘The Call of Fire: The Hermetic Quest of René Schwaller de Lubicz’ by Aaron Cheak, PhD., Stuart Südekum’s essay on the hidden Tarot of A.E. Waite entitled ‘The Secret Tradition in Silence’, Art Conservator Derek Elmore’s reflections on his work with the images of Austin Osman Spare, Andrew Larson’s ‘Opening the Oracular Eye: Bowl and Lamp Divination in the Greek and Demotic Magical Papyri’, Fredrik Eytzinger’s ‘The Incarnation of Denis Lindbohm’, John Major Jenkins writes of the Astrotheology and Magical Invocations in a 7th century Mayan text. Additional works on alchemy, ancient astrology, and more are also included.