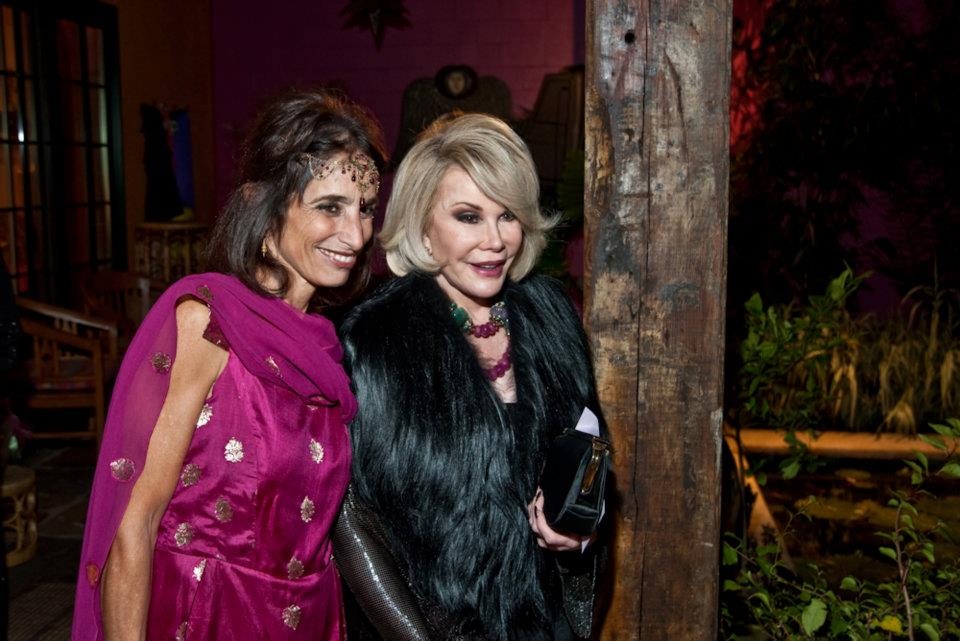 ABC’s New Orleans affiliate WGNO recently interviewed Vodou practitioner, author and artist Sallie Ann Glassman about her friendship with comedian Joan Rivers.  This interview formed the basis of a three-minute news segment, but the interview is also viewable in three parts at the WGNO website.  According to Glassman, she and Rivers were introduced 22 years ago by a mutual friend who thought that Glassman could help Rivers with a demonic presence in her Manhattan penthouse. As a result the women became friends, speaking frequently by telephone and visiting each other in both New York and New Orleans.

Sallie Ann Glassman has been on the New Orleans Vodou scene since 1977 and operates the Island of Salvation Botanica on St. Claude Ave. She is also well-known in magick circles for her artwork on the New Orleans Voodoo Tarot (1992, Destiny book and deck set done in collaboration with Louis Martinié) and the Enochian Tarot (2000, Llewellyn book and deck set done in collaboration with Gerald & Betty Schueler). Her book Vodou Visions: An Encounter with Divine Mystery, originally published in 2000 by Villard, has just been reissued by Garrett County Press.