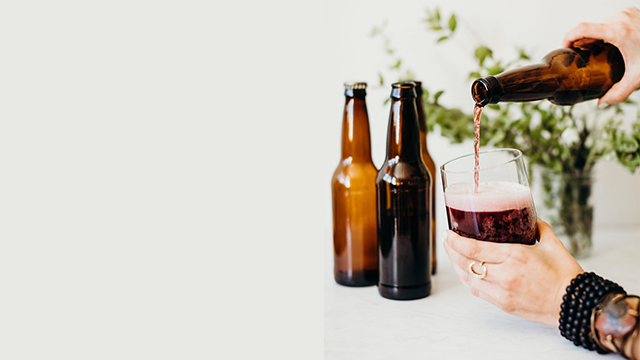 The scent of sacred smoke hung heavily in the air, strings softly strummed under deft fingers, and the full moon cast its steady light. Undulating voices echoed and bounced off pipes and gleaming vessels, and feminine figures cloaked in steam sifted through flower petals and lit candles in anticipation of midnight: the witching hour. Flanked by the priestess of a local coven, who led the blessing of the beer, and accompanied by the harmonies of witchfolk band Lenore, Natalie Rose Baldwin knew this particular brew was going to be something special—bewitching, even.

According to Beth Demmon, who writes for Good Beer Hunting, a number of brewers are using magick to help produce their new beers. Demmon draws parallels from the past, when women known as alewives often used herbs and brewing not just to make bread and beer, but also to help friends and family with illnesses and childbirth. She lists Breakside Brewery, Burning Beard Brewing Company, Pen Druid Brewing, Holy Mountain Brewing, Thirsty Pagan Brewing as some of the companies “fusing sacred rituals with their brewing practices.”

Does magick make a better beer? Why not try some and see?