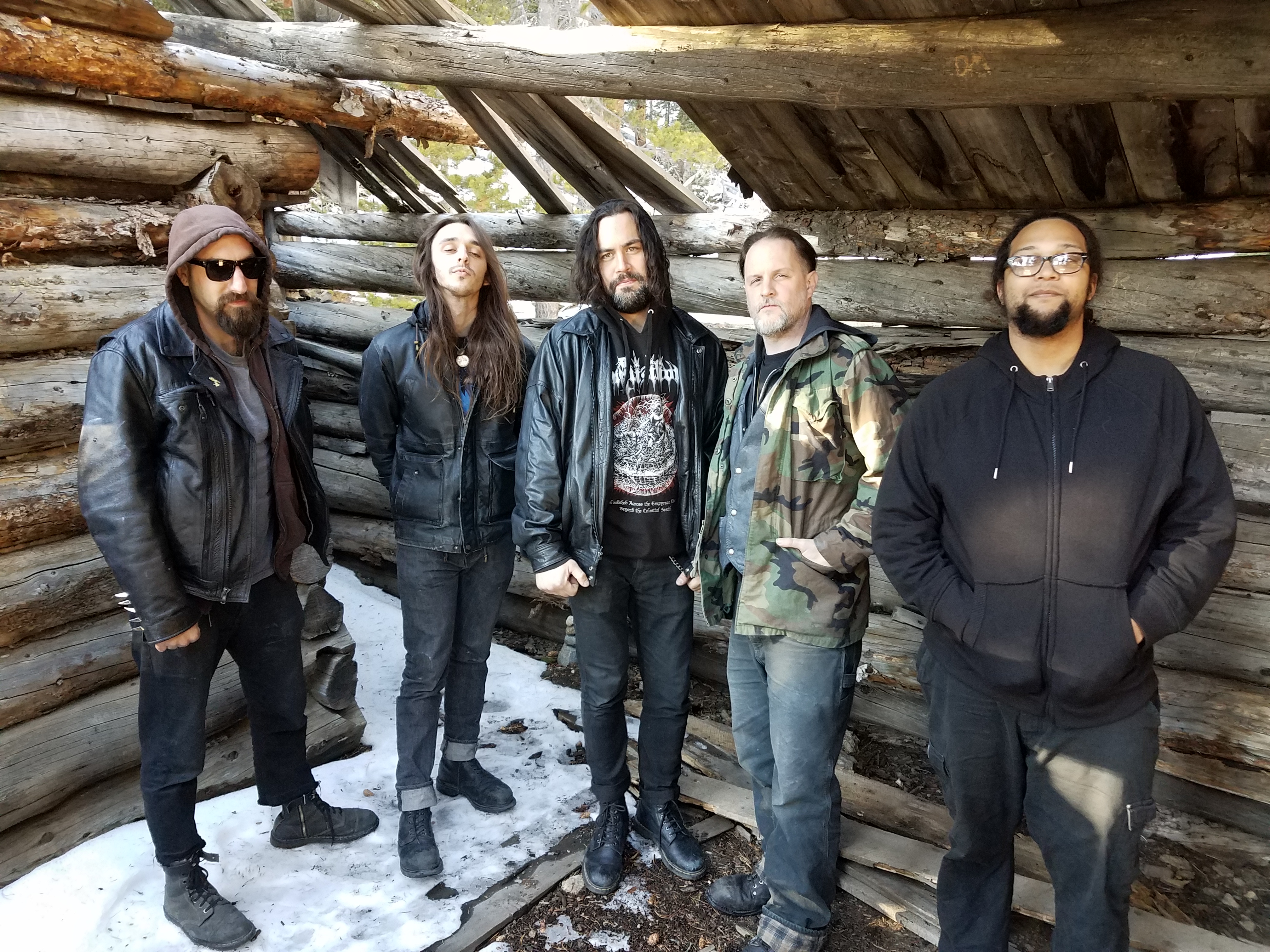 Do what thou wilt, shall be the whole of the Law.

We knew they were coming. We didn’t know when they would arrive. The call came in at nearly 4am. They were here but lost on the other side of the hill. Joy, ever the soldier, jumped up grabbed the keys to the 4Runner and went to find them. Shortly thereafter she returned with Thelema’s premier black metal band, Mehenet. Mehenet is a New Orleans-based black metal band whose members are also initiates of the OTO. We hosted them on the Colorado leg of their current tour promoting their debut album, Dii Inferi, on Pale Horse Records. This is one black metal band who practices what they preach and we were very excited to host our Brethren.

I was barely awake making my way down the stairs from our loft when the band was shuffling in the front door. Two days of traveling and a bit shaken from their late night drive up the windy road to St. Mary’s Glacier, I made everyone’s acquaintance. I did what any Colorado resident might do when receiving company, I offered joints and shots. The day before, we acquired a nice bottle of Anejo Tequila and a handful of limes. We cut up the limes, lit the joints, and poured the shots.

For the next hour we communed in the way that only Brethren can. Some of us had met before but others had not. One of my favorite experiences in doing OTO work is that feeling which sometimes comes with meeting Brethren for the first time and knowing that we will be friends for life. This is often accompanied by a deep feeling of connection and understanding. This sets the stage for real communion. We told stories, we made jokes, we shared philosophy, and we shared love. An hour or so later the joints were had and the tequila was gone. I was fascinated by their stories of Thelema, necromancy, and Voodoo. I was especially excited to learn that this was a band full of Eleggua devotees. Eshu or Eleggua is an Orisha of the religion of Santaria. I have kept a small altar to Eshu for the past 20 years and he was very excited to meet his devotees. They shared joyful stories of how he had been present throughout the entire tour. When it came time to crash two members went down to the nearest crossroads to complete an Eleggua ceremony they had started the day prior. The fruits of their devotion would become clear later. We all crashed hard until around noon. The Mehenet guys slept hard but they were quick to rise, however. Joy and I got rounds of coffee going to assist the wakening. Having a house full of southern boys I didn’t miss the opportunity to make them my famous grits. Eggs, bacon, and grits were had. After food, they opted for some mountain adventure and so we took them up to see the glacier in my backyard.

It turns out that black metal bands take to high altitude forests really well. I had nothing short of a complete blast hiking the glacier with these guys.

On the hike up the seeds of the earlier Eshu ceremony paid off as they were finding unopened beers chilling in the snow as well as a pack of smokes. This prompted an impromptu ceremony with a make shift altar there on the glacier trail. This set the pace for a magical hike to say the least.

We got some really nice shots of the band up and around the glacier. We started at the reservoir and then moved over to the glacier itself. My favorite part was when we ascended a nearby peak of over 12,000ft to listen to Algol, their lead singer deliver Liber 7, LIBERI VEL LAPIDIS LAZULI. It was truly spectacular watching this be pronounced, seemingly, from the top of the world. Luckily I got most of it on video. We had to come down from the glacier to get ready for the evenings show. Once back at the house, my Eleggua altar was blessed. While they sang to it the room was filled with a vibrant warmth. It was blissful and amazing. I am forever grateful.

I took the band for Elk burgers in our local brewery here in our little mountain town. It is called Tommy Knockers, named for the gnome-like mountain spirits dwelling in the empty mines here. It was very fitting. We had a great feast.

We drove down to the venue in Denver. Arriving we were pleased to be greeted by some of the local OTO Brethren from Crux Ansata Oasis. Denver has a really special local body and they frequently show up in support of their Brethren. Tonight was no surprise. Brother SickTanicK was there of course, another local Thelemite musician.

I think that I was the only person attending who had never been to a black metal show. The band that opened was Murrum. They came out with the crazy makeup and covered in what I guess was pig blood. They literally smelled like freshly dead corpses. My first thought was, “wow, black metal smells terrible”. I was relieved when they began burning Sulphur for their opening ceremony. These guys were fierce and very stinky. We loved it.

Seeing the guys in Mehenet come out for the first time was shocking. Here were these super friendly amazing OTO Brothers I had been hanging out with all day, dressed up in corpse paint looking like a band of murderous thugs. Their transformation was really cool to experience that way. The transformation was total, they looked like they had crawled out of the ground 10 minutes prior.

When it was time for the show to start Algol pulled out a machete and started calling the Quimbanda spirit Exu Asa Negra . He used the machete to draw the Kongo cosmogram. If you don’t know this involves smacking the machete on the ground in all of the quarters, in a pretty wild way. The bartender freaked out and ran onstage and grabbed the machete away from him. That was nothing. I really thought the guy had shit his pants when Algol pulled out a giant metal scythe next! Oh man, it was great. They didn’t really appreciate the metal trident or the long hunting knives either.  However, the show went on. It was awesome watching these guys perform. The energy they brought to stage was incredible. It was like watching reanimated corpses completely flip out of their rotten minds. I have never seen anything like it. Algol had a couple of skulls on stage with him. There were parts of the set where he would be singing to the skulls, kissing them, and licking them. His clear love for death spewed forth through these lustful interactions with real rotting skulls. He brought out a skull cap filled with wine. The band and the fans took part in this communion of wine, sipped from a rotting skull. It was a truly nice touch.

The show blew our mind. They were all around great. If you love black metal and want to listen to a band that means every word they say, then these are the guys for you. It is always wonderful to show our traveling Brethren love and support. Even if you don’t know a lot about black metal, go check these guys out, support our Brethren, their show is awesome, you won’t be disappointed.

We will be very excited to host these guys for further adventures on the next run of shows.

a clip from the show:
https://www.youtube.com/watch?v=0qIfh53VZ8U