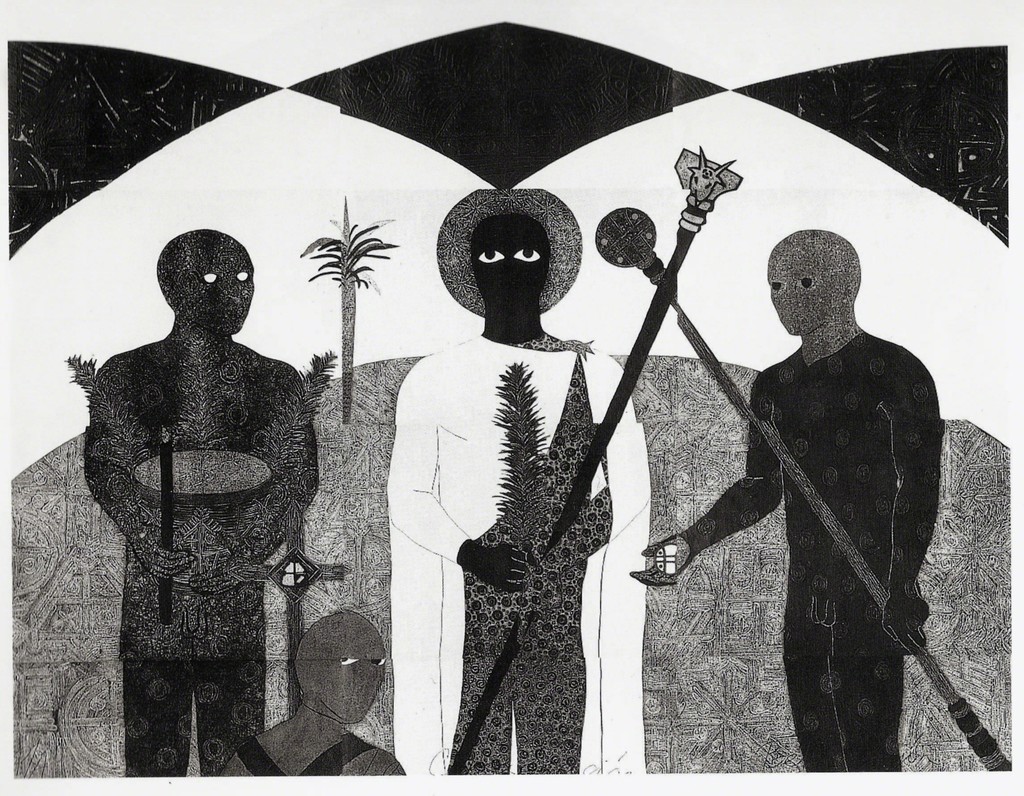 exhibition of Cuban artist Belkis Ayón”Nkame: A Retrospective of Cuban Printmaker Belkis Ayón” opens October 2, 2016(Los Angeles, CA)—The Fowler Museum at UCLA is pleased to be the first museum in the United States to host a solo exhibition dedicated to the work of the late Cuban visual artist Belkis Ayón (1967–99), whom during her short but fertile career, produced an extraordinary body of work central to the history of contemporary printmaking in Cuba. Nkame: A Retrospective of Cuban Printmaker Belkis Ayón opens Oct. 2 and runs through Feb. 12, 2017.The exhibition presents 43prints that encompass a wide range of the artist’s graphic production from 1984 until her untimely passing in 1999. Ayón mined the founding narrative of the Afro-Cuban fraternal society called Abakuáto create an independent and powerful visual iconography. She is highly regarded for her signature technique of collography, a printing process in which a variety of materials of various textures and absorbencies are collaged onto a cardboard matrix and then run through the press. Her deliberately austere palette of subtle tones of black, white, and gray add drama and mystery to her narratives, many of which were produced at very large scale by joining multiple printed sheets…..

Here is a short Audio from Nick Miroff for NPR about an exhibition of Belkis Ayón’s artwork at San Francisco de Asis cathedral in Old Havana 2009 : Cuba Was A Canvas For Artist Belkis Ayon