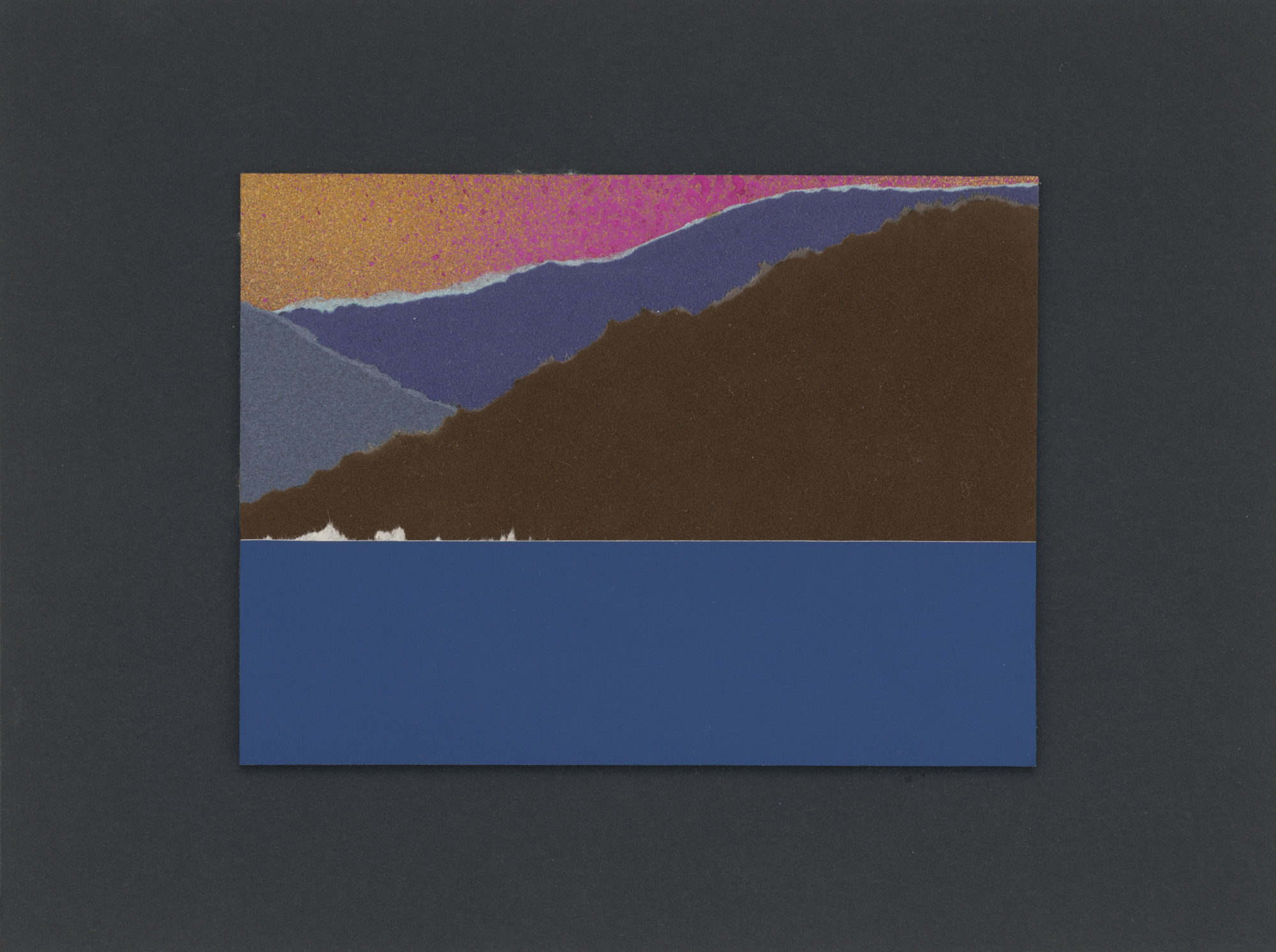 Jordan Belson was a close friend of the late polymath, conjurer, folklorist and EGC Bishop Harry Smith when Smith lived in San Francisco in the 1940’s when he created his first seminal abstract films.  The Matthew Marks Gallery in Manhattan has mounted an exhibit of Belson’s collages, work not publicly exhibited before. The posted description say:

“Jordan Belson: Landscapes features a series of collages made between 1970 and 1973. Exhibited here for the first time, Belson’s collages were created from torn paper painted in various colors. They were inspired in part by the 1000-year-old Japanese art of chigiri-e, which uses torn paper to create images of landscapes and flowers. Jordan Belson: Landscapes is on view at Matthew Marks Gallery, 526 West 22nd Street, New York, through April 23.

“Jordan Belson (1926–2011) is a seminal figure in twentieth-century avant-garde cinema. He studied painting as a young man, receiving a degree in studio art from the University of California, Berkeley, in 1946. He initially achieved some success as a painter, exhibiting his work at SFMOMA and the Guggenheim Museum in the late 1940s. After 1950, however, he focused primarily on filmmaking, and although he continued to make paintings and drawings for the remainder of his life, he never publicly exhibited this part of his work again during his lifetime. 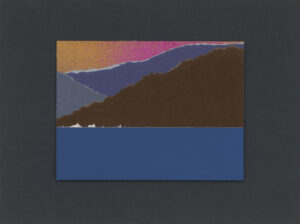