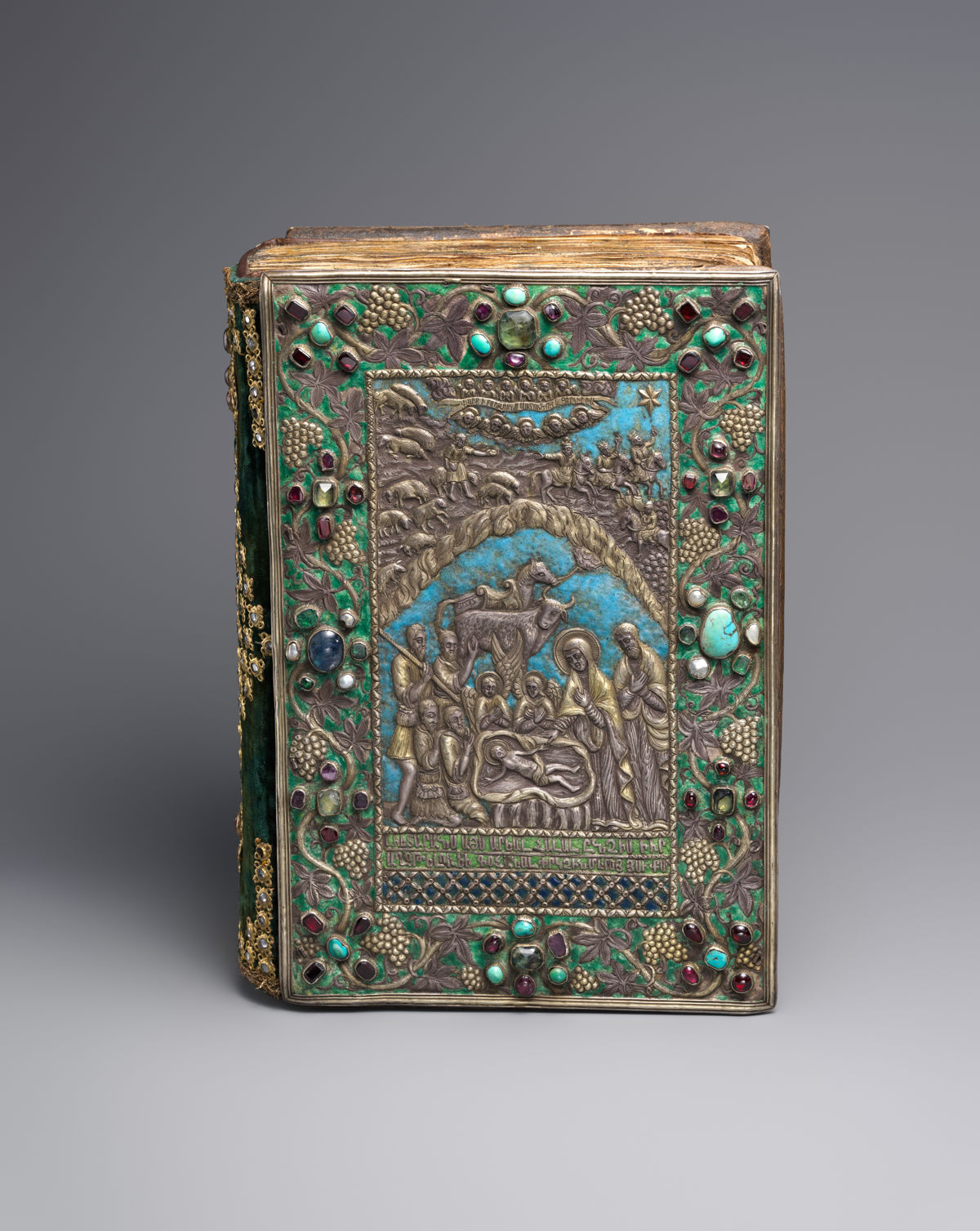 New York’s Metropolitan Museum of Art is hosting “Armenia,” September 22 2018 – January 15, 2019.  The work covers nearly 15 centuries of art, much of it religious in content. The Met’s website states:

“This is the first major exhibition to explore the remarkable artistic and cultural achievements of the Armenian people in a global context over fourteen centuries—from the fourth century, when the Armenians converted to Christianity in their homeland at the base of Mount Ararat, to the seventeenth century, when Armenian control of global trade routes first brought books printed in Armenian into the region.

“Representing the cultural heritage of Armenia, most of the works come from major Armenian collections: the Mother See of Holy Etchmiadzin; the Matenadaran (Ancient Manuscripts); the National History Museum in the Republic of Armenia; the Catholicosate of the Great House of Cilicia in Lebanon; the Brotherhood of St. James in Jerusalem; the Mekhitarist Congregation of San Lazzaro degli Armeni in Venice; the Calouste Gulbenkian Museum in Lisbon; the Diocese of the Armenian Church (Eastern) in New York; the Armenian Museum of America in Boston; and the Alex and Marie Manoogian Museum in Michigan.

“Almost all of these works are on view in the United States for the first time; some have not travelled abroad for centuries.”