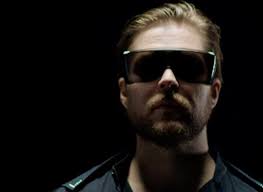 Ye Gods is an Occult Electro project produced in The Hague by “Antoni Maiovvi,” the nom-de-plume of prolific British composer Anton Maiof. The eponymous debut album by said project was released on Bunker/Panzerkreuz. As played by Aphex Twin.

Project was gifted in a dream by Jaz Coleman from Killing Joke who instructed to only use a limited selection of equipment to create a work that would unite the universe and atone for Maiovvi’s lack of dedication to The Great Work.

The project born in Bristol in 2006 and developed in the bohemian dystopia of Berlin from 2009. Antoni Maiovvi walks the line between retro-synth and horror soundtracks for both real and imagined films.