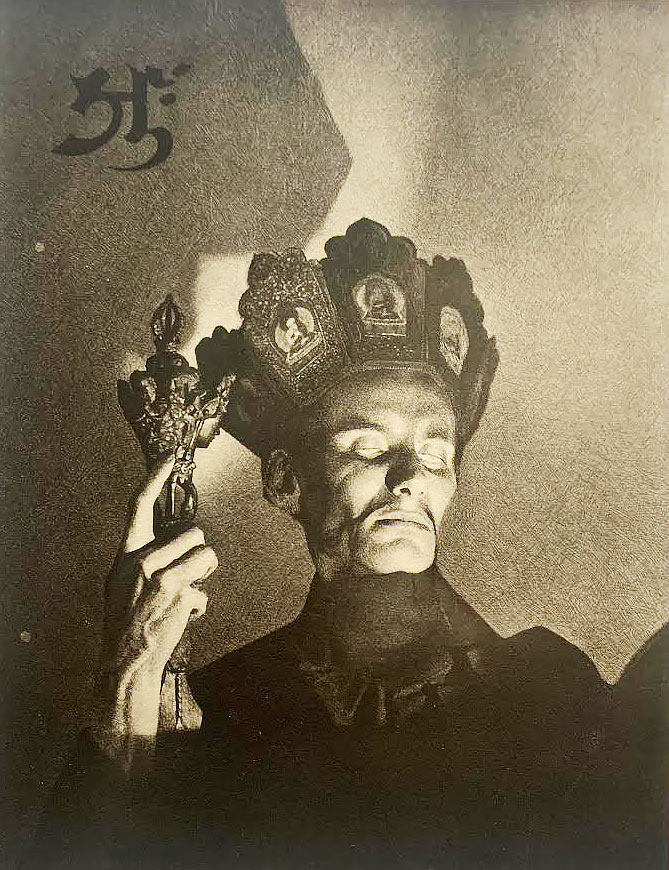 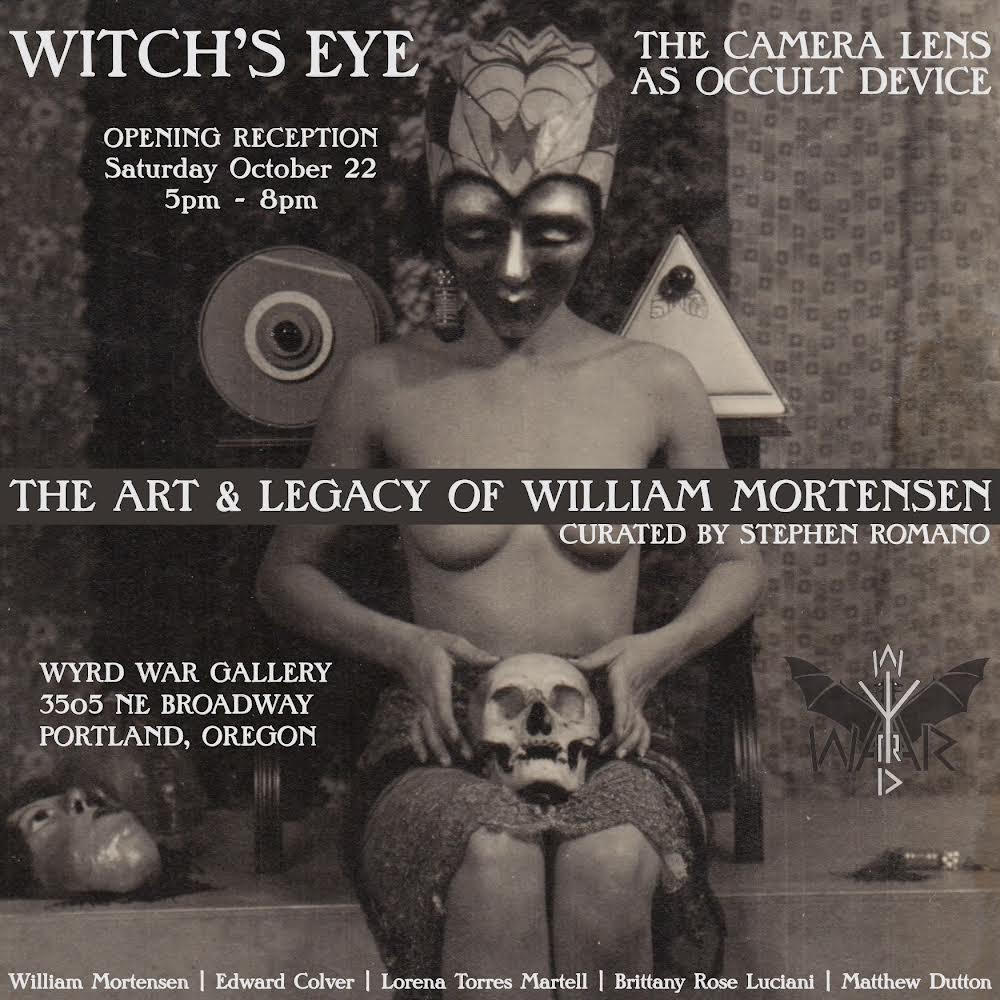 The exhibition features works by the following artists

Stephen Romano Gallery in Brooklyn and WᛉRD WAR Gallery in Portland Oregon, are pleased to

announce their first collaboration, an exhibition of the vintage photography of William Mortensen,

Mortensen‘s works in their own art. 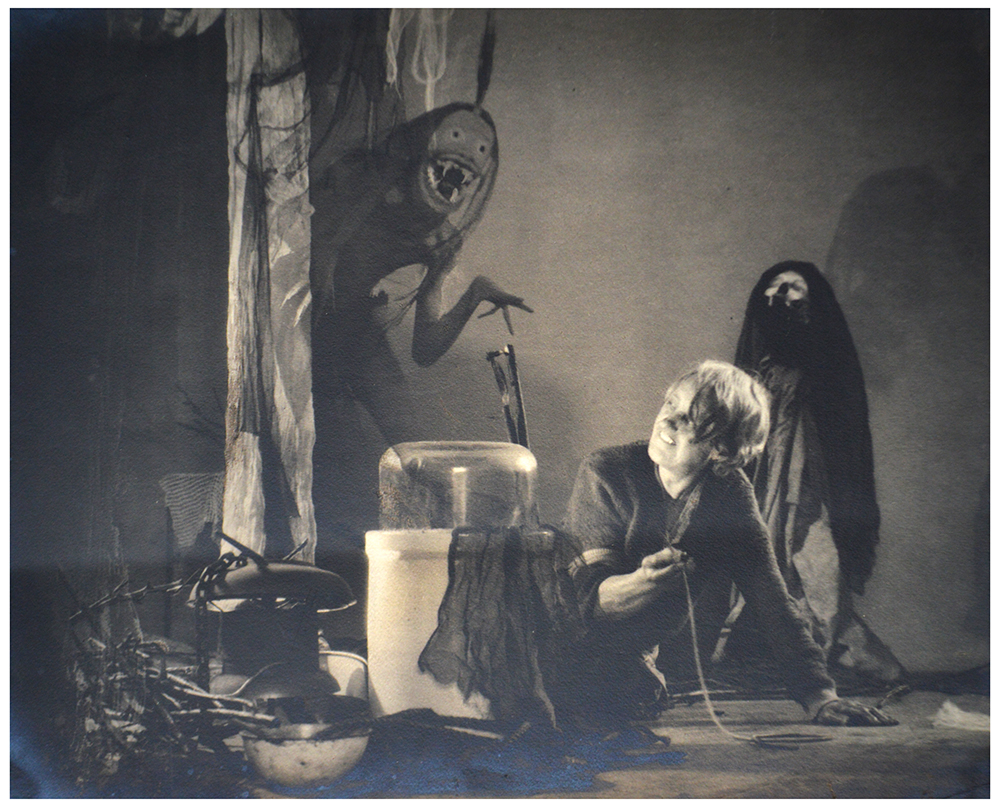 William Mortensen, title unknown, 1928. (The Old Hag with the Incubus, an out take from “The Preparation for the Sabbath”), Private Collection, Brooklyn NY.

The exhibition, organized by a champion of the esoteric, curator, collector and private art dealer Stephen Romano of Brooklyn NY, — centers on the works of American photographic artist William Mortensen (1897 – 1965) who worked in Hollywood in the 1920’s and made some of the most evocative esoteric and occult images in history. The exhibition also features four contemporary artists who perpetuate Mortensen’s legacy by using aspects of his aesthetic formulas, as well as his love of brazenly self empowering occult and sexualized imagery. 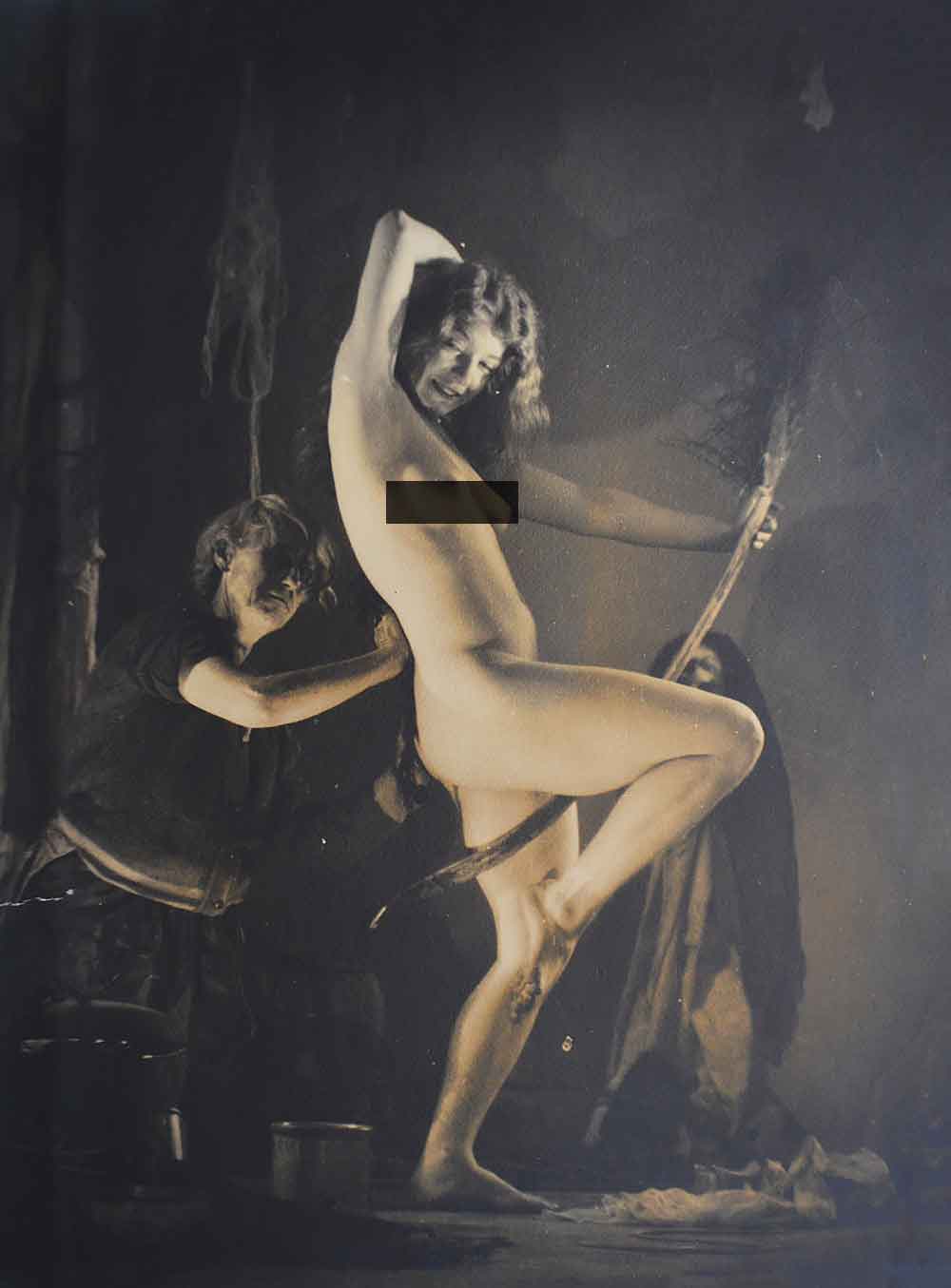 Stephen Romano states: “As a collector, I have custodianship of one of the largest and most in depth collection of William Mortensen’s art. This exhibition stands in part and in contrast, to a current museum exhibition of William Mortensen’s works, whose curatorial efforts have attempted to mediocritize Mortensen’s legacy, and downplay the importance of his occult imagery. To the contrary, it is my firm and unwavering belief that Mortensen was among the great visionaries of the past century, and his influence continues to reverberate among yet another generation of artists..

Dennis Dread, Owner of Wyrd War Gallery says: “It is no surprise then that from the golden dawn of Hollywood, that wicked cauldron of contemporary Western imagination, emerged the preeminent master conjurer William Mortensen (1897-1965) wielding only a camera as his magician’s wand. Thebewildering shadow cast by America’s controversial and eventually exiled “anti-Christ” of the aperturehas proven to be a profound and enchanting force that has influenced generations of image makerssince his death nearly sixty years ago. “WITCH’S EYE: THE CAMERA LENS AS OCCULT DEVICE is a bold celebration of WILLIAM MORTENSEN’S ART AND LEGACY. All of the artists featured in this exhibition, which has been beautifully curated by Stephen Romano, honor Mortensen’s memory, archetypes, obsessions, techniques and craftsmanship. This season of the witch, Wyrd War Gallery proudly welcomes all to come…come…Come to the Sabbat!”

The artists in the exhibition include:

“Everything exists through its opposite. For pictures of calm and tranquil beauty to have any meaning, even for “sweet” pictures to have any meaning, it is necessary that the grotesque and the distorted exist. Perfection of form is significant only because the malforms exist also. Those who turn away from the grotesque are losing the richness and completeness of artistic experience.. 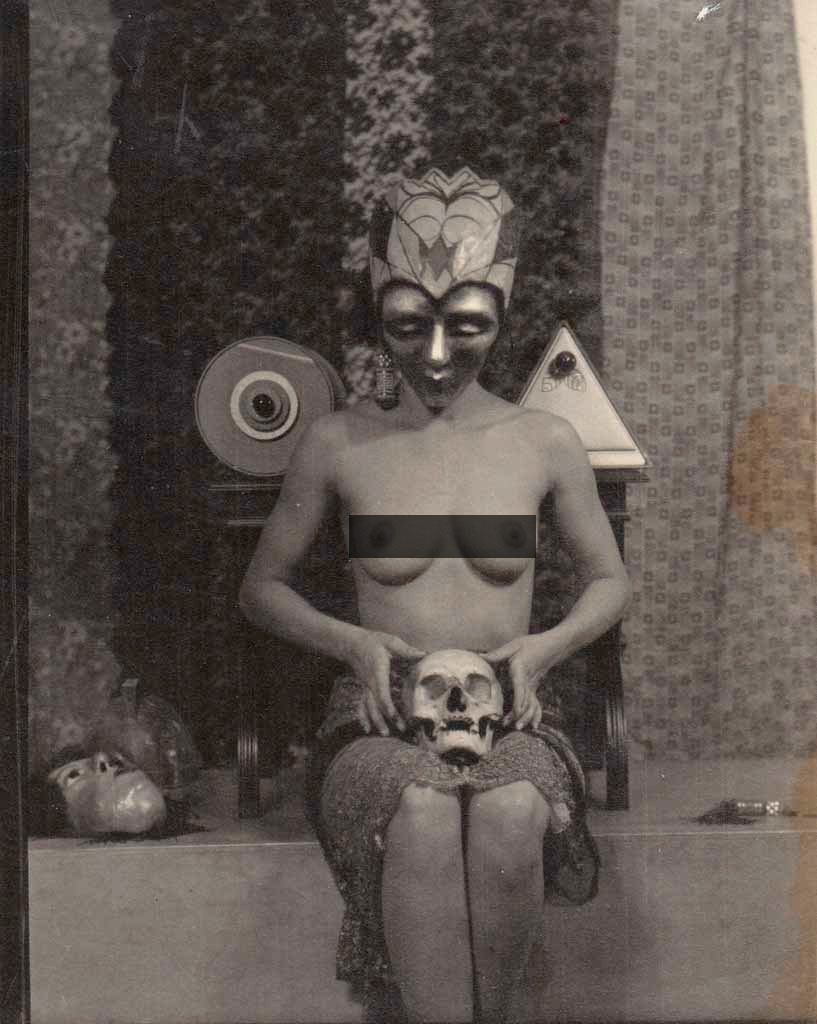 “William Mortensen has inspired me to create a world of darkness and occultism in my photographs. Every time I see the works of William Mortensen I am exhaled by his subjects, the handling of light and the beauty that each image conveys. It’s incredible” 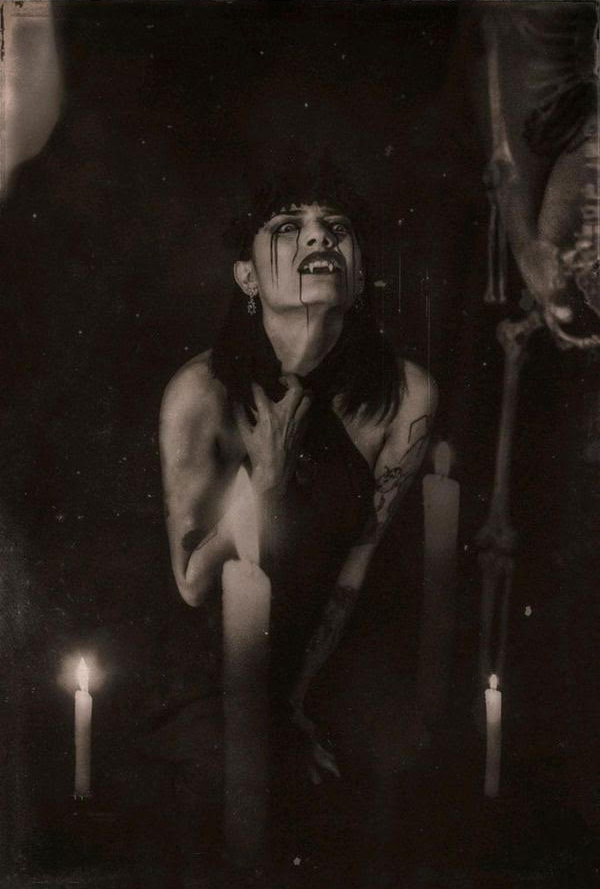 “I find Mortensen’s ability to create an atmosphere that leads his viewers to easily suspend their disbelief inspiring. His ingenuity toward traditional photography techniques stir up an inventiveness in my own work by pushing the boundaries of what traditional art making methods can be.” 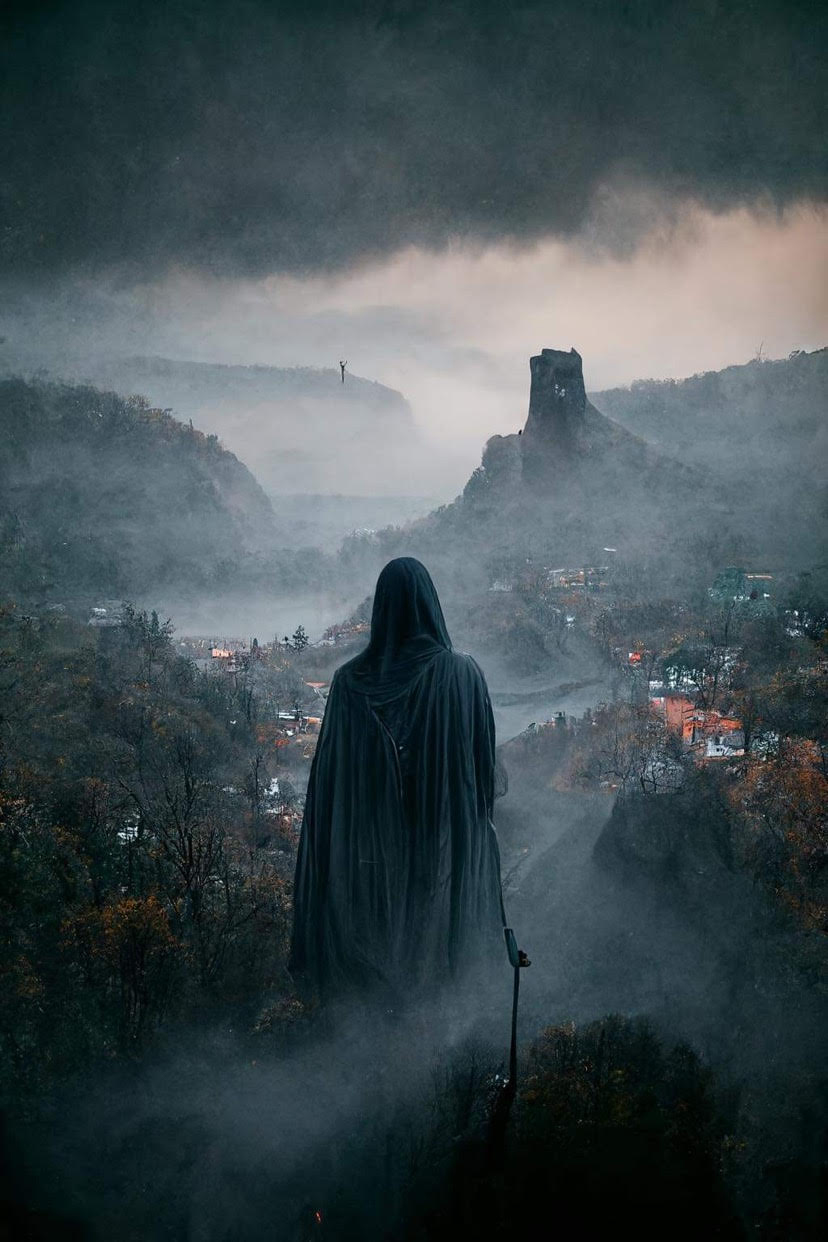 “William Mortensen is hands down my favorite photographer, a true creative genius.”

“William Mortensen was truly a pioneer for early occult imagery, violating all tradition and embracing both light and darkness. By placing women in both dominant and submissive roles, Mortensen challenged the viewer to confront both power and submission, life and death. His work showcased women in power while keeping an underlying message of intrigue, fear, and mysticism.” 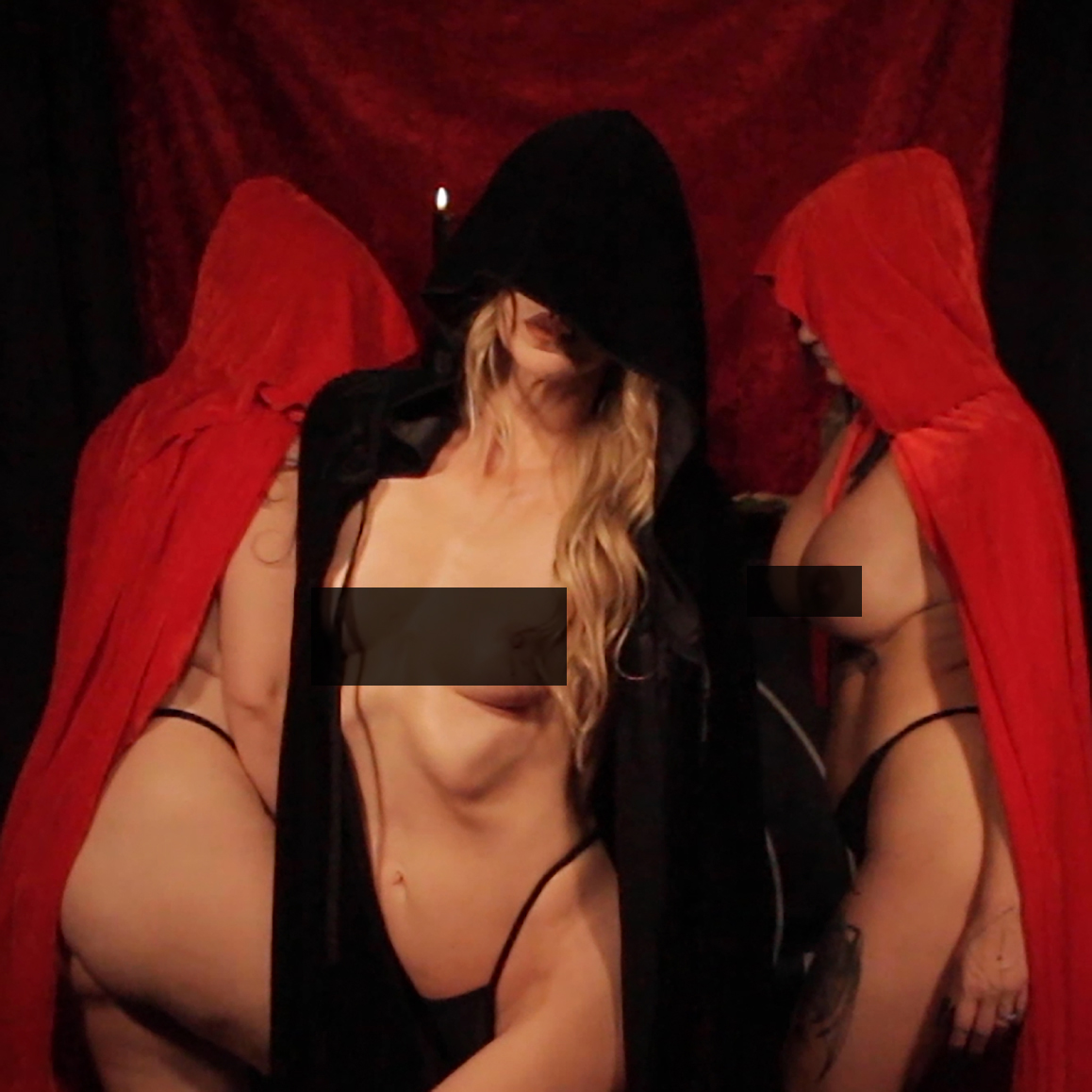 Also included in the exhibition will be a selection of vernacular photographs, lobby cards and other ephemera from the curator’s private collection. 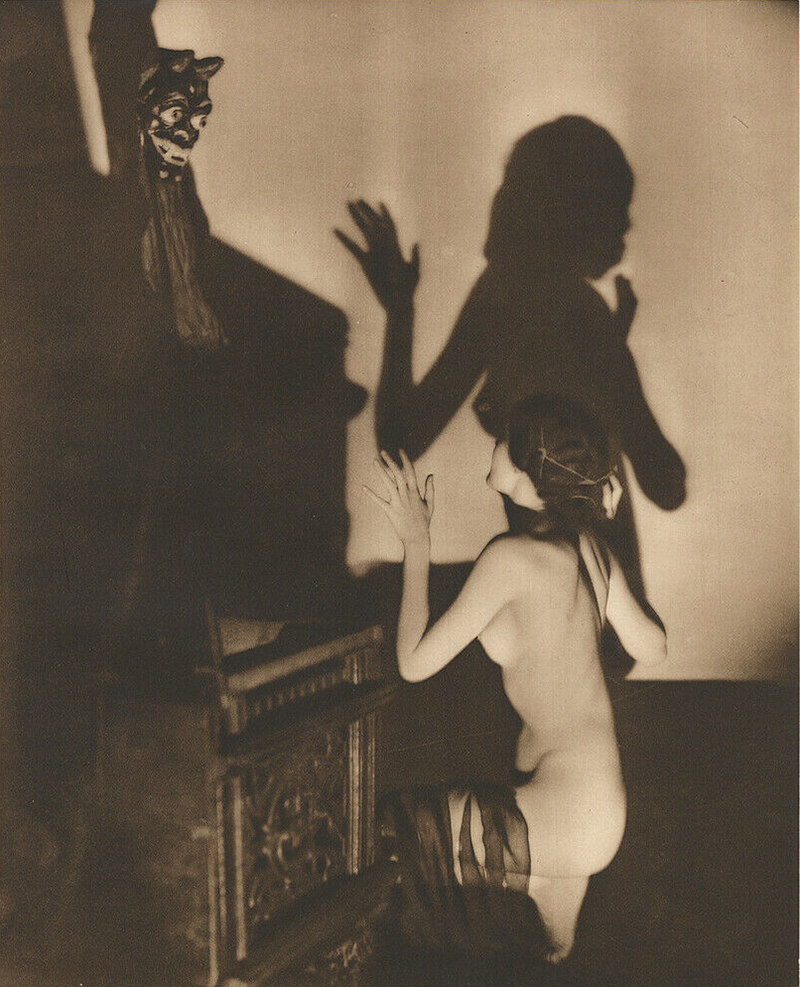 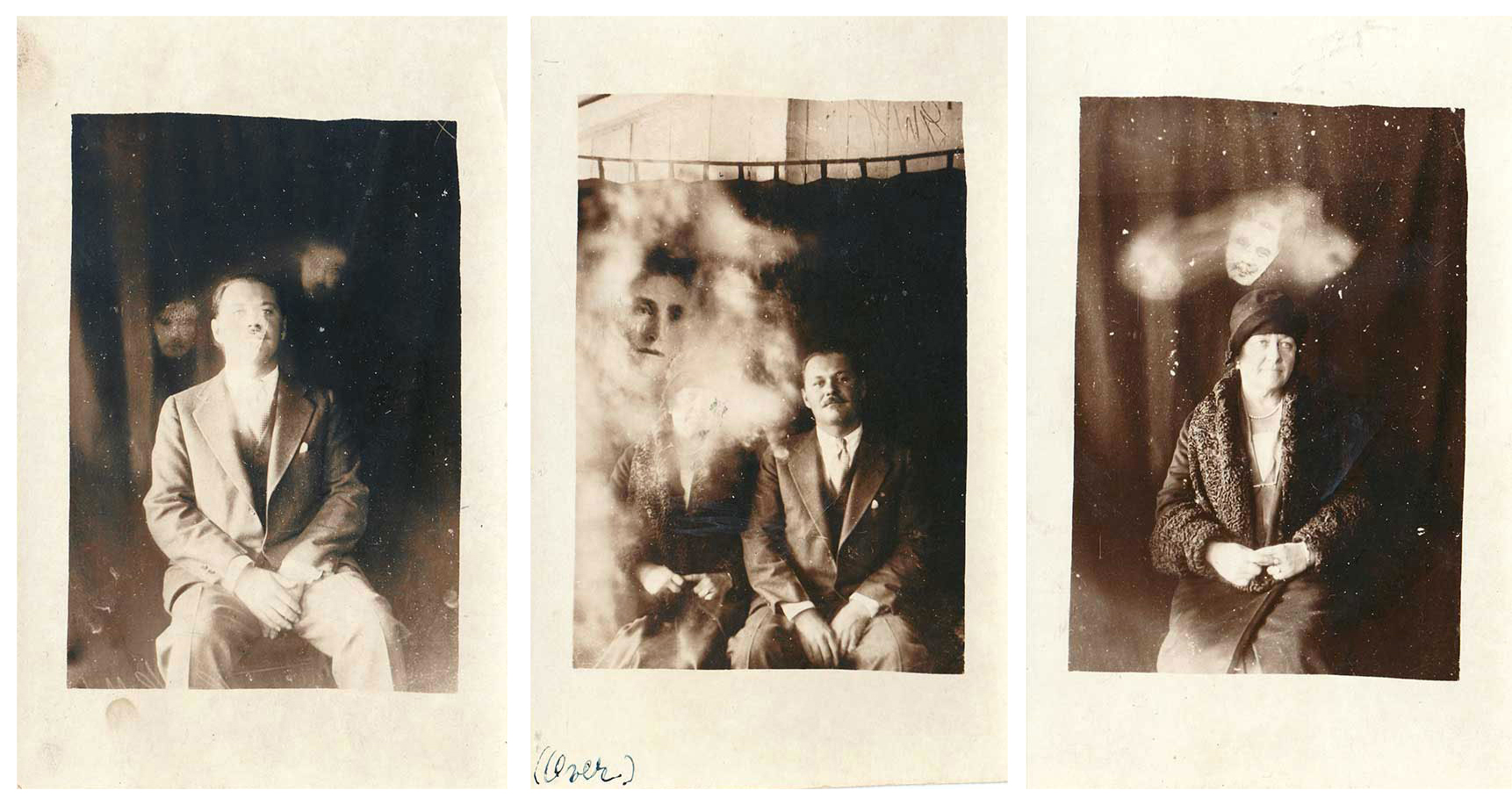 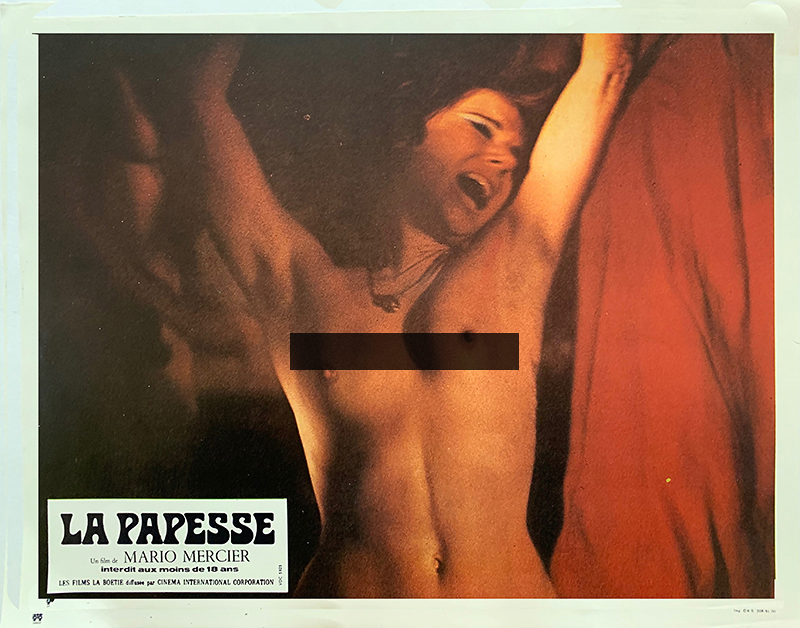 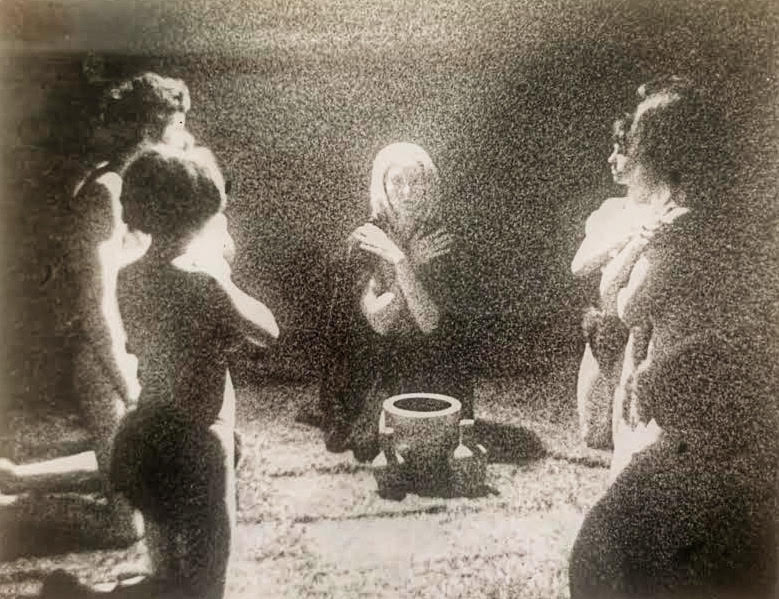 Lobby card from “Invitation to Lust” directed by Ron Wertheim 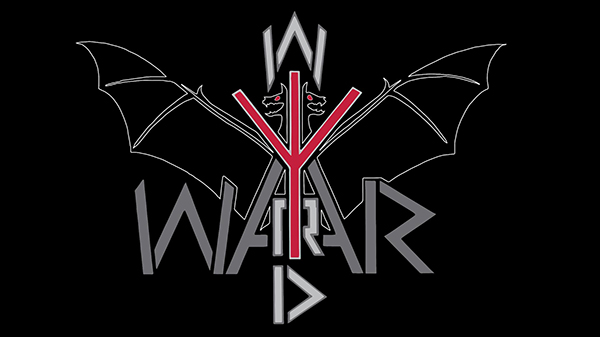 available every day by appointment.

Wyrd War is a Portland, Oregon based art gallery, record label and film programming team specializing in the advancement and celebration of strange and wonderful art, film and music. Owned and operated by internationally renowned artist Dennis Dread and his partner Tiffany Kenaley, Wyrd War strikes where least expected to inspire, challenge, and titillate audiences and collectors with a decidedly darker sensibility. Private viewings are available by appointment every day of the year. To schedule a visit please email wyrdwar@gmail.com or follow on Instagram for daily updates and public hours. 3505 NE Broadway Street Portland, Oregon 97232 “To the portrayal of bizarre beauty in the arts, to the delineation of the stranger harmonies and the rarer fragrances, do we dedicate Wyrd War… Ever shall we attempt the vivid expression of such art, wherever or however we may find it – ever shall we consecrate our very weird war to the depiction of beauty anomalous, fantastical!”