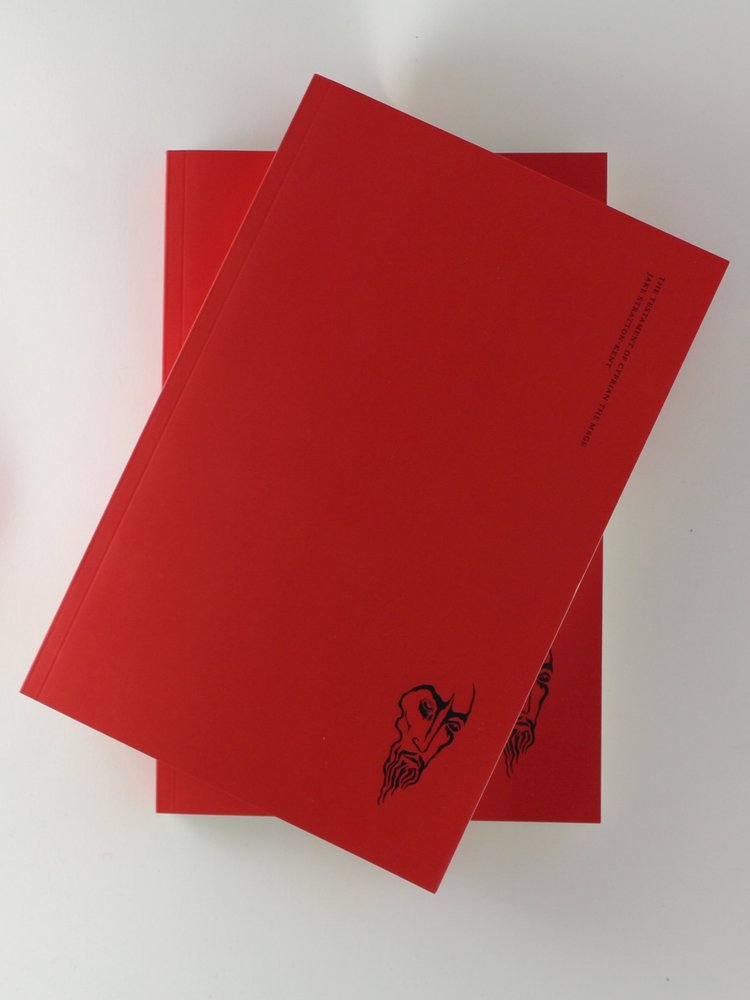 The Testament of Cyprian the Mage is the third work in the Encyclopædia Goetica series by Jake Stratton-Kent, comprehending The Book of Saint Cyprian and his Magical Elements and an elucidation of The Testament of Solomon. The Testament of Cyprian the Mage is a two volume work of approximately 600 pages endowed with charts, tables, seals etc. and punctuated by specially commissioned pen and ink illustrations by Oliver Liebeskind. Lavishly bound and printed in red and black ink throughout, this is a work of enduring importance and a resource to accompany your ongoing study. This is the final work in Stratton-Kent’s acclaimed Encyclopædia Goetica series which began with The True Grimoire, a working reconstruction of the Grimorium Verum, and was followed by the monumental two volume Geosophia: The Argo of Magic which explored the necromantic Greek origins of Goetia.  The Testament of Cyprian the Mage is a fitting climax to this endeavour which has placed the author at the forefront of modern magic with a body of work that is both scholarly and aimed at practical application. All are standalone texts though benefit from being read as aspects of a single thesis: the importance of Goetia as the oldest continuous tradition of Western magic.

‘Goetic Magic … if properly understood would regenerate Western magic and underline its immense cultural significance, on a level equal to any spiritual tradition in the world.’ -JSK

This understanding is clearly given in two volumes of lucid and fascinating exegesis with clear extracts from all the necessary works.

The Testament of Cyprian the Mage is an ambitious and far-seeing work, addressing two ends of the magical spectrum: the Testament of Solomon and one version of the Iberian Book of Saint Cyprian. In doing so, key aspects of magical practice are revealed. This work draws upon these texts to create a clear understanding of the practice of grimoire magic, not as a discrete or degenerate subset of ceremonial magic, but one which is integrated with folk magic and witchcraft. In particular we discover a shared dramatis personæ, the infernal pact and a common terrain of Wild Hunt and Sabbat.

Within the text we encounter the Chiefs, Kings and Queens of the grimoire tradition; the magical role of the Decans and their stones and plants; lunar magic and magical animals; the gods of Time; the Sibyl and the Hygromanteia; Asmodeus and Oriens; Angelology, Theurgy, Conjunction and the Pact, the Angelic Vice-regent and thwarting Angels; Asclepius, Iamblichus and Neo-Platonism; Paracelsus and the Elemental Spirits; Necromancy, and the principles of spell work.

‘A primary purpose of this book is to explore the implicit mythology of grimoire spirits and the contexts from which it derives.’ – JSK

It does far more. This is a fundamental revisioning of magic with profound implications for the magical revival which we are all engaged in.

You can purchase a copy here: https://scarletimprint.com/publications/testament-of-cyprian-the-mage.