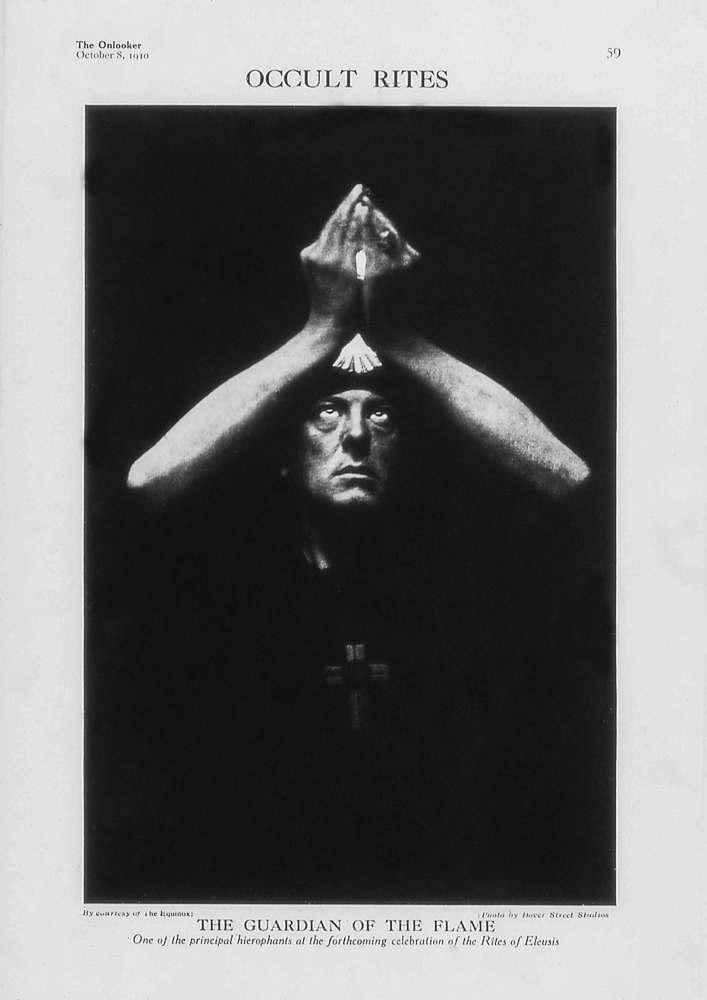 Here’s a link to a 2017 documentary on occultism including interviews with Dr. Richard Kaczynski and the now deceased James Wasserman.

The occult (from the Latin word occultus “clandestine, hidden, secret”) is “knowledge of the hidden”.[1] In common English usage, occult refers to “knowledge of the paranormal”, as opposed to “knowledge of the measurable”,[2] usually referred to as science. The term is sometimes taken to mean knowledge that “is meant only for certain people” or that “must be kept hidden”, but for most practicing occultists it is simply the study of a deeper spiritual reality that extends beyond pure reason and the physical sciences.[3] The terms esoteric and arcane can also be used to describe the occult,[4][5] in addition to their meanings unrelated to the supernatural.

It also describes a number of magical organizations or orders, the teachings and practices taught by them, and to a large body of current and historical literature and spiritual philosophy related to this subject.

Occultism is the study of occult practices, including (but not limited to) magic, alchemy, extra-sensory perception, astrology, spiritualism, religion, and divination. Interpretation of occultism and its concepts can be found in the belief structures of philosophies and religions such as Chaos magic, Gnosticism, Hermeticism, Theosophy, Wicca, Thelema and modern paganism.

To the occultist, occultism is conceived of as the study of the inner nature of things, as opposed to the outer characteristics that are studied by science. The German philosopher Arthur Schopenhauer designates this “inner nature” with the term Will, and suggests that science and mathematics are unable to penetrate beyond the relationship between one thing and another in order to explain the “inner nature” of the thing itself, independent of any external causal relationships with other “things”.[14][original research?] Schopenhauer also points towards this inherently relativistic nature of mathematics and conventional science in his formulation of the “World as Will”. By defining a thing solely in terms of its external relationships or effects we only find its external or explicit nature. Occultism, on the other hand, is concerned with the nature of the “thing-in-itself”. This is often accomplished through direct perceptual awareness, known as mysticism.

From the scientific perspective, occultism is regarded as unscientific as it does not make use of the standard scientific method to obtain facts. Some religions and sects enthusiastically embrace occultism as an integral esoteric aspect of mystical religious experience. This attitude is common within Wicca and many other modern pagan religions. Some other religious denominations disapprove of occultism in most or all forms. They may view the occult as being anything supernatural or paranormal which is not achieved by or through God (as defined by those religious denominations), and is therefore the work of an opposing and malevolent entity. The word has negative connotations for many people, and while certain practices considered by some to be “occult” are also found within mainstream religions, in this context the term “occult” is rarely used and is sometimes substituted with “esoteric”. https://en.wikipedia.org/wiki/Occult