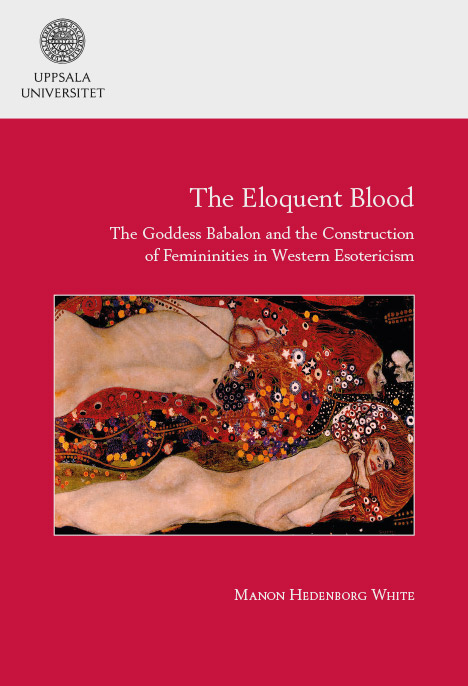 The Eloquent Blood: The Goddess Babalon and the Construction of Femininities in Western Esotericism is a recently published study by Manon Hedenborg White of the Thelemic deity Babalon, a monograph comprising her doctoral thesis. It was recently published by Uppsala University Publications. The abstract of the work states:

“The study analyses the changing construction of femininities and feminine sexuality in interpretations of the goddess Babalon, a central deity in Aleister Crowley’s (1875–1947) esoteric religion Thelema. Femininity has occupied a problematic position in feminist theory, frequently associated with lack, artifice, and restriction. However, this study assumes that femininities are multiple, neither exclusively heterosexual nor limited to women, and can be constructed in ways that challenge the existing gender system. Based on historical and contemporary written sources, qualitative interviews, and ethnographic fieldwork in the Anglo-American esoteric milieu, the study utilises Mimi Schippers’ model of multiple femininities to analyse the Babalon discourse from the fin-de-siècle until today, against the background of shifting perceptions of femininity and feminine sexuality. Inspired by Luce Irigaray’s theorisation of sexual difference, Rosi Braidotti’s concept of feminist figurations, and Catherine Waldby’s notion of erotic destruction, a central question is whether Babalon can function as a figuration enabling new ways of articulating and inhabiting femininities. Reworking the negative feminine stereotype of the femme fatale, Crowley connected Babalon to an initiatory imperative of ego-annihilation, epitomising both feminine, erotic otherness and a feminised receptive modality required of all seekers. Crowley also linked Babalon with liberated female sexuality. Babalon has subsequently been interpreted by other esotericists, including John W. Parsons (1914–1952), who constructed the goddess as a feminist revolutionary; and Kenneth Grant (1924–2011), who equated Babalon with the sex magical priestess and notions of non-dual void preceding manifest creation, linking femininity to the dissolution of stable meaning. Growing awareness of feminism and LGBTQ issues in Anglo-American esotericism from the 1990s on has coincided with the increased visibility of female esotericists as ideology producers within the Babalon discourse. The contemporary Babalon discourse emphasises the feminine, desiring subject as sacred, and connected to the simultaneous threat and promise of the undoing of bounded subjectivity. The study shows how a previously derogatory feminine stereotype is reworked over time in ways that both reproduce and challenge hegemonic notions of femininity, arguing that Babalon functions as a situated and contingent figuration supporting the articulation of alternative ways of doing femininity and feminine sexuality.”