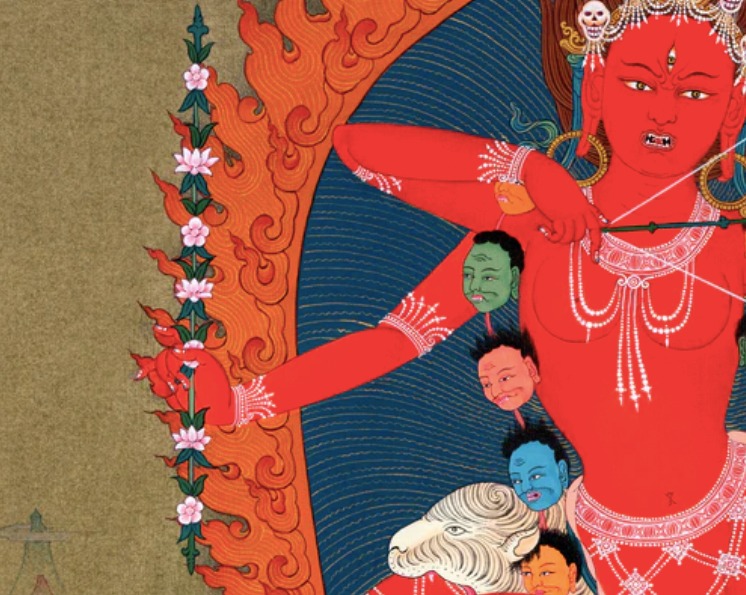 John Myrdhin Reynolds / Lama Vajranatha  announced this upcoming seminar, Magical Practices of Wisdom Dakini Kurukulla from the Kurukula Kalpa, to be held
September 17-18, 2022 via Zoom (Saturday and Sunday, times 15.00-19.00). The posted description says:
“The Wisdom Dakini Kurukulla is not only the goddess of love and sex in the Buddhist tradition of Tibet, she is also the patron goddess of magic and witchcraft. In a previous seminar, we have considered the figure of the Dakini Kurukulla in the general context of higher spiritual practice, or Seva-sadhana, where the ultimate goal is enlightenment and liberation from suffering in Samsara. However, in this seminar we will look into her practice serving more immediate and practical worldly goals, namely, her associated magical actions (lay-jyor). This would include healing illness, pacifiying situations, increasing wealth and prosperity, attracting and influencing others, as well as subduing, vanquishing, and transforming negative energies and evil spirits. Whereas Western tradition only distinguishes white and black magic, the Buddhist tradition recognizes four different types of magic associated with four colours and four different directions. Kurukulla is particularly associated with Red Magic, linked with the western direction, and entailing practices and rites for cultivating the powers of attracting, summoning, influencing, magnetizing, and so on. In this seminar we will look at some of these meditation and ritual methods connected with Kurukulla and her colleagues such as the Padma Heruka Hayagriva, as well as her attendant guardians Mahadeva and Uma. For this purpose, we shall rely on her magical practice manual, the Kurukulla Kalpa, as well as those of Mipham Rinpoche and Jamyang Khyentse Wangpo.”
Registration link coming soon. Look here for more details and said link: https://www.facebook.com/lamavajranatha 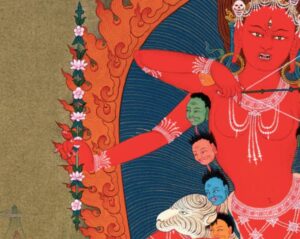