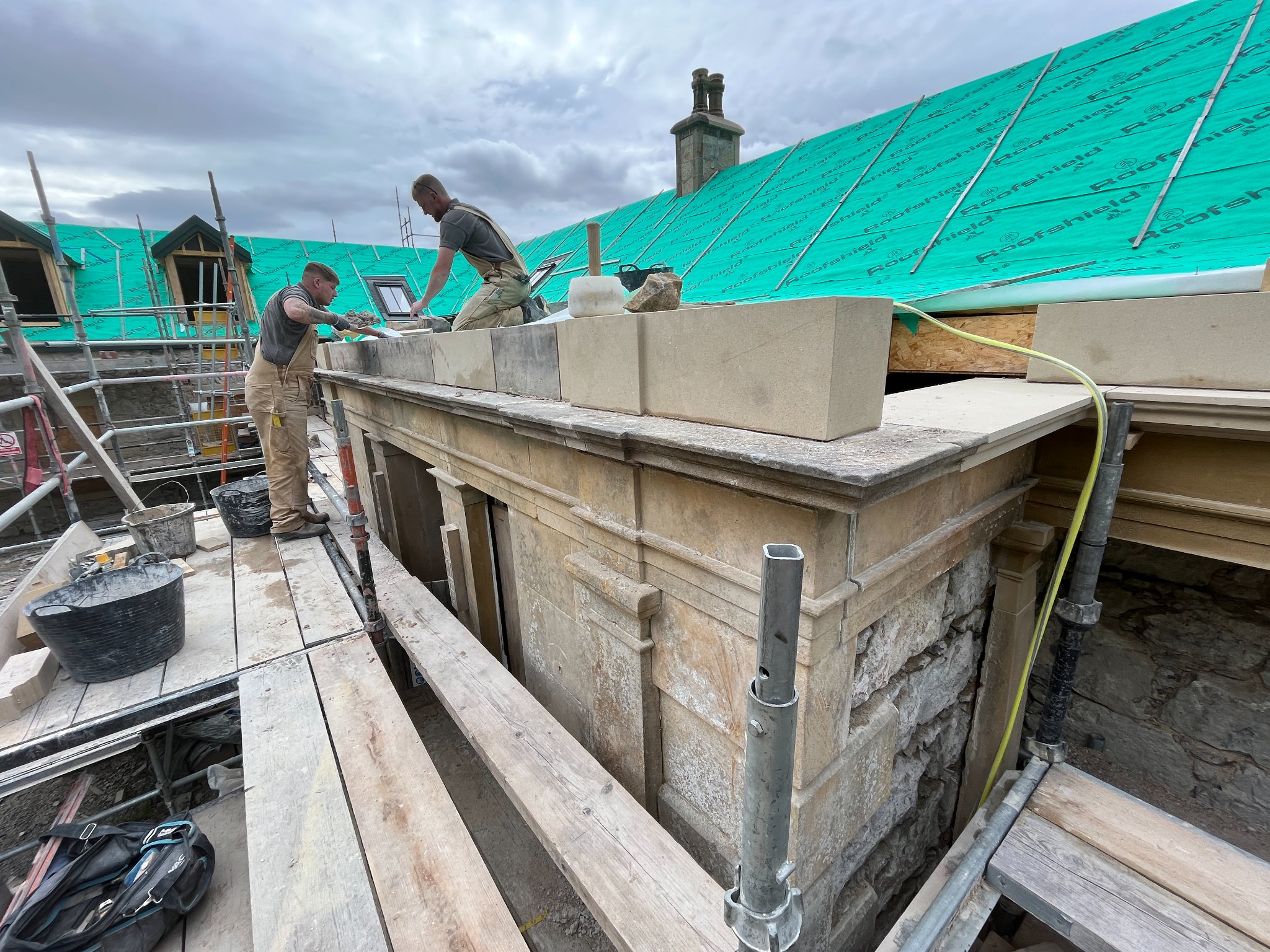 “Works to Boleskine House still progressing, one of the worst areas damaged by the fire would be the courtyard elevation with the lintels and decorative string course being badly damaged. Holding repairs were carried out to prevent any further collapse until repair works could take place. Access was then provided which included scaffolding support to the columns to prevent movement while works above were undertaken. The decorative ashlar and string course were carefully downtaken and laid aside where stone was reusable and an order was placed for new lintels, 16m of new String Course and 12m of new Ashlar. In March the new lintels were carefully installed with help from the Heim Build forklift who were busy installing the roof. The lintels were then restrained to the roof structure using stainless steel staples and fixings and then the string course was finally installed earlier this month. Next step in the project is to rebuild 3 no gables and then install the new stone chimneys. The Boleskine House Foundation” 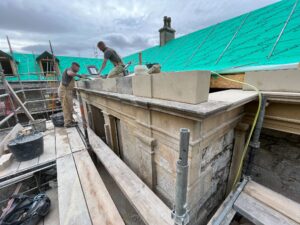