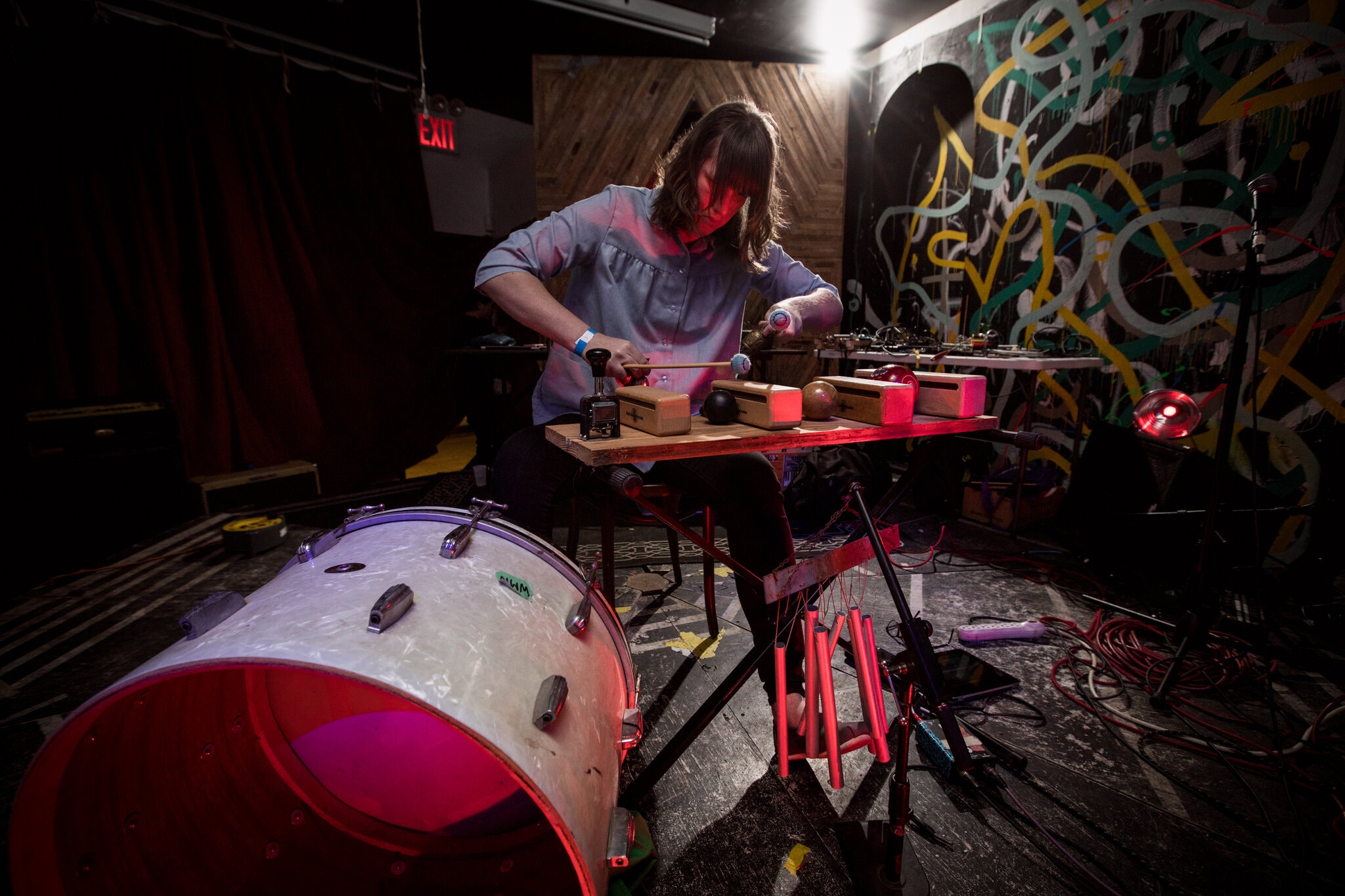 The trans experience should be instructive to all with an interest in Aleister Crowley’s teachings on magick as one of the glyphs of the perfected individual is Eliphas Levi’s depiction of Baphomet – a figure with both female and male attributes – and leave us not forget the central figure on the Universe card of the Thoth deck. Then there’s his manifesting his female alter ego openly at Cefalu. Ergo I thought y’all might be interested in reading this NY Times feature on composer and percussionist Sarah Hennies. An excerpt from the article says:

“Core concerns she enumerates in her professional biography are ‘queer and trans identity, love, intimacy and psychoacoustics.’ Ms. Hennies writes music rife with psychological effects and emotional undercurrents, like those that pulse within ‘The Reinvention of Romance.’ And she conveys alienation and ambiguity with instruments altered, muffled or played unconventionally in ‘Spectral Malsconcities’ and ‘Unsettle.’ But in those same works and others, Ms. Hennies also evokes recognition, transformation and acceptance.

“’In almost everything I’ve done,’ she said, ‘there are psychoanalytical, nonmusical aspects to it that I feel are various aspects of my being.’

“Much of her work evokes aspects of her experience as a transgender woman, both before and after her transition in 2015. That she had taken up percussion while growing up in Louisville, Ky., may well have had to do with intuiting that drumming was a suitably masculine pursuit for a child already grappling with gender ambiguity and bullying, as she recounted in “Queer Percussion,” an essay published by the new-music journal Sound American in February.”