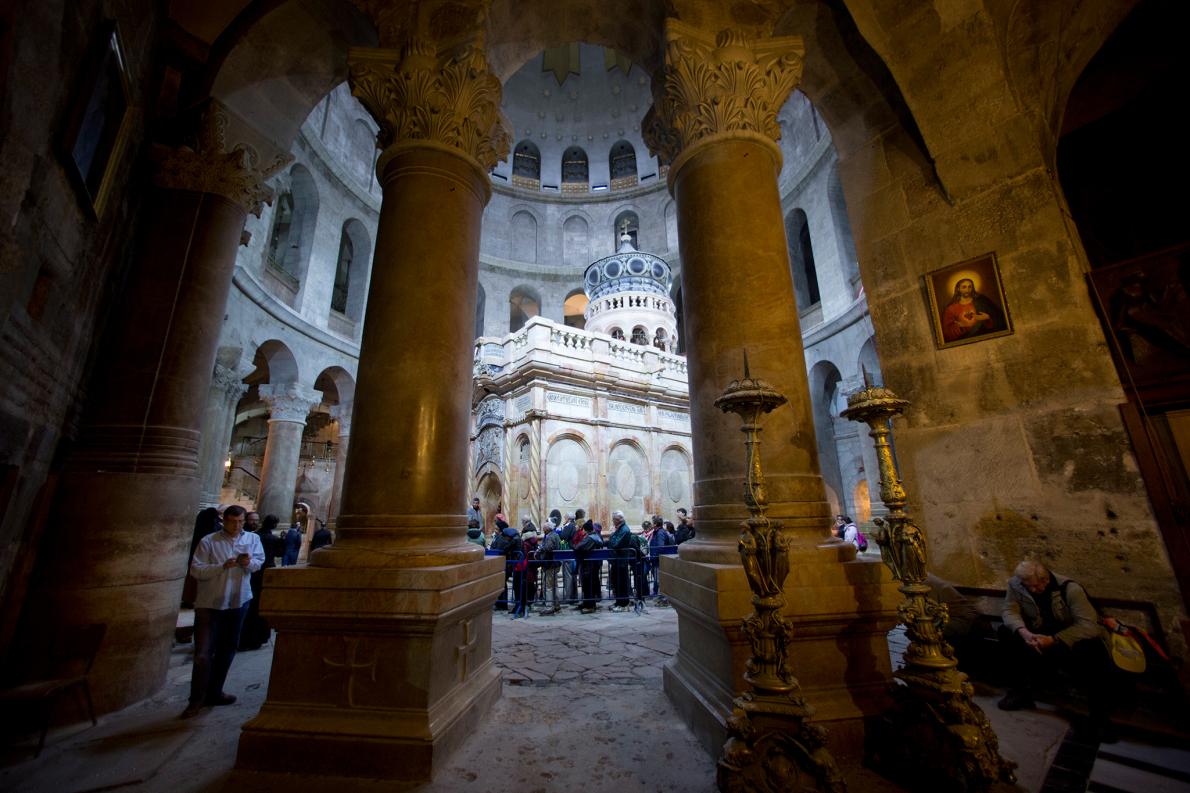 I love this story, regarding the restoration and archaeological survey of the side of the Edicule, the structure built within the Church of the Holy Sepulchre in Jerusalem to house the site of the tomb of Jesus of Nazareth (and of course they didn’t find his bones — he was taken up to Heaven body and soul – dontcha read yr New Testament!) This is not a question of belief but fo the complexity of the history of the site:

“Archaeologists believe that some 2,000 years ago, the site was the location of a defunct limestone quarry that eventually housed tombs of the Jewish upper class. At least half a dozen such tombs have been identified within the grounds of the church, in addition to the tomb traditionally believed to be the burial place of Jesus.

“A Roman temple built on the site in the second century was razed by Constantine, the first Christian emperor of Rome, around 324 A.D. to reveal what was believed to be the tomb of Christ.

“The shrine built by Constantine around the tomb was partly destroyed by Persian invaders in the seventh century A.D. and destroyed again by the Fatimids in 1009. The church was rebuilt in the mid-11th century. The Edicule was later altered by the Crusaders and restored again in the 16th and early 19th centuries. Its current form encloses several earlier construction phases.”

So there’s be a lot of building, rebuilding, demolition done in the course of a couple millenia meaning that this imposing edifice is built on…unconsolidated rubble, several complexes of subterranean tunnels. It’s a wonder that it’s stood as long as it has! And Ra only knows what archaeologists would find if they could properly excavate and examine the site. In the ancient world a lot of building and rebuilding was done with uh, recycled materials — it’s simply more economical and convenient than carting away old stone and quarrying and transporting new stone; the Roman aqueduct system, for instance, contains significant amounts of stonework from Greek temples and other public works. If Constantine “demolished” and earlier Roman temple, it’s possible that a lot of that material wound up in his new church…if, indeed, he didn’t just rennovate the earlier temple for Christian worship – most of the elements of Roman royal and sacred architecture forming the basis for Christian structural design for centuries to come.